Ahead of next weekend's Italian Grand Prix, F1i looks back at one of F1's most iconic races as the Autodromo Nazionale di Monza saw an epic finale 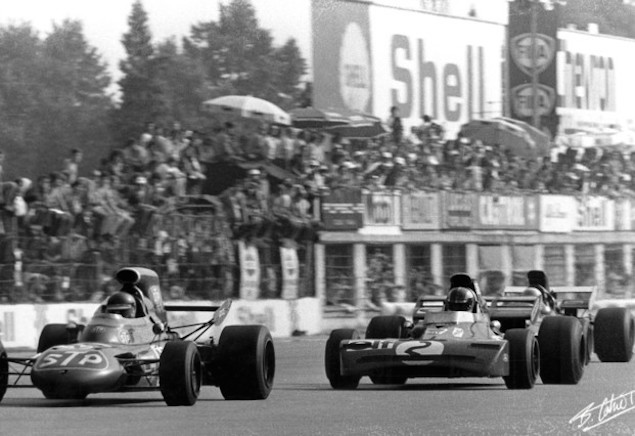 On September 5th 1971, one of the greatest wins and closest races was engraved into Formula 1's history book. It took place after a monster slipstream battle around Monza's Royal Park, where five drivers were still in contention for the win as they came out of the Parabolica for the final time.

Steeped in the history of Grand Prix racing more than any other venue Monza remains a track unlike any other. Remarkably, with the exception of its chicanes added in 1972, the autodromo itself has hardly changed since the inception of the Formula 1 World Championship in 1950.

To this day, its atmosphere still resonates with thrill and perilous drama, the park's ancient trees casting their dark shadows of tragedy and triumph from Curva Grande to Lesmo, the passionate 'tifosi' perpetuating their fervent support for their beloved Ferrari, the ageless and holy link between the past and the present.

In 1971, Monza was still a destination of raw speed, uncompromisingly fast, where victories were often crafted during strategic and riveting slipstream battles. That year, with the championship settled in Jackie Stewart's favour a fortnight earlier in Austria, the race itself held no other stake than a mere Grand Prix victory. 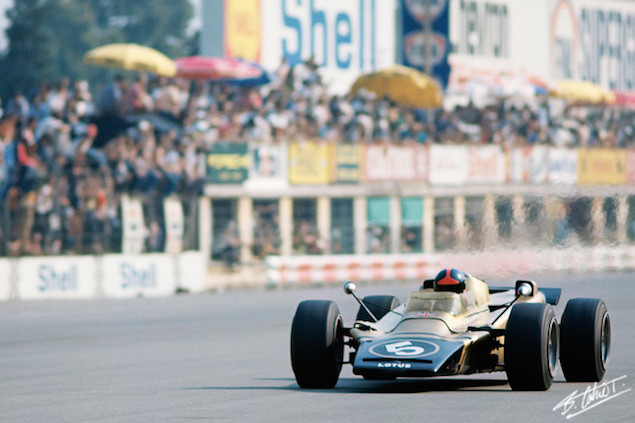 Jo Siffert's win at Zeltweg had gone a long way to heal the wounds of a BRM squad still mourning the loss of Pedro Rodriguez in a minor sports car race in Germany a few weeks before. Britain's Peter Gethin had been released from McLaren to replace the late Mexican in the Yardley-BRM team.

And a year after the tragic death of Jochen Rindt, Lotus was still embroiled in legal issues with the Italian authorities, which resulted in Colin Chapman sending a black and gold Lotus-Pratt & Witney 56 to Monza, under the name World Wide Racing. The Monza field was also bolstered by a third Surtees entry for Mike Hailwood, the former two-wheel racer back in F1 after six years away.

The track's fast sweeps provided a helpful terrain for anybody powered by a V12 as Chris Amon rightly demonstrated by securing pole position in his shrieking Matra, with Jacky Ickx's Ferrari alongside.

As usual, Monza's misty morning gave way to a hot and dry race day, and a packed house of exalted tifosi, although one not too pleased to see a blue car at the head of the grid. But when the flag dropped, Clay Regazzoni's prancing horse swiftly sprung to the lead from the fourth row! Along the park's straights and curves, a furious pack jockeyed for position, the Ferrari concluding the opening lap with a sizeable lead and a euphoric crowd voicing its support. 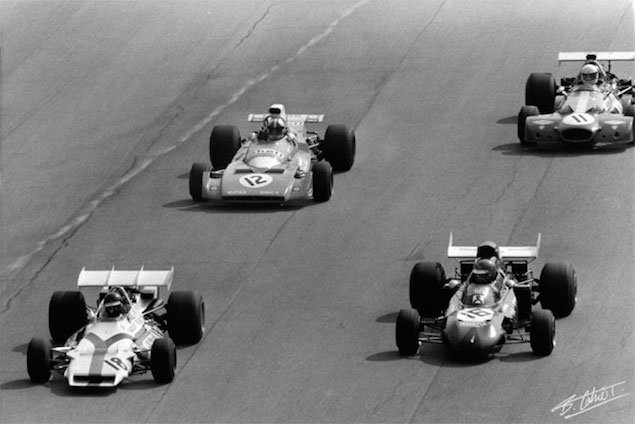 Slipstream battles quickly ensued as Ronnie Peterson displaced Regazzoni at the front, but on lap 16 both Stewart and Ickx disappeared from the lap charts with engine failures, and two laps later Regazzoni went out as well, much to the dismay of the locals.

Slowly, Amon and Hailwood joined the leading group, the Matra even sneaking its way to the front and appearing to detach itself from its chasers with nine laps to go only for the Kiwi - in typical Amon misfortune - to lose his helmet visor while attempting to remove a tear-off! He was left with no other choice but to abandon the fight for the lead.

In the closing stages of the race, five cars were left up front - Peterson, Francois Cevert, Hailwood, Howden Ganley and Gethin - frantically swapping the lead amongst themselves, observing each other's moves, strengths and weaknesses. And each knew that in a slipstreaming race at Monza, if you were leading at Lesmo on the ultimate round you would almost certainly be passed before the finishing line.

On the very last entry into the Parabolica, Gethin lunged to the inside of Cevert and Peterson, and exited inches ahead of both for the mad dash sprint to the line. His BRM got there first, by 0.010 secs! 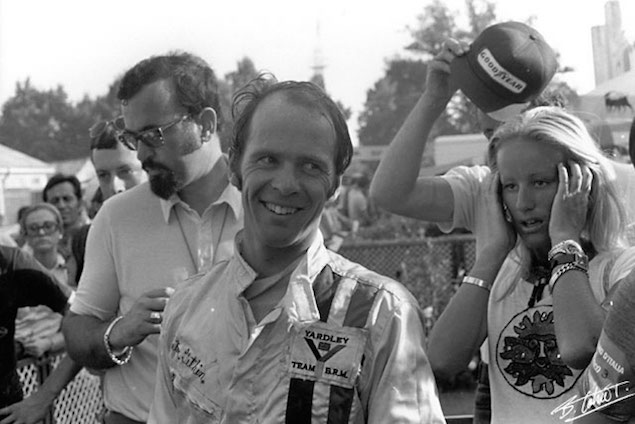 The first five cars were covered by 0.61s, concluding the closest finish in F1 history and the fastest race in history, with an average speed of 150.755 mph. A record surpassed only 32 years later by Michael Schumacher's win in the Italian Grand Prix in 2003 which he ran at an average speed of 153.843 mph.

Gethin's win was the highlight of his career, a day in the sun for a versatile journeyman who finished up his Grand Prix career with 30 starts, one win, and 11 points to his name.

Taking an F1 simulator to the next level