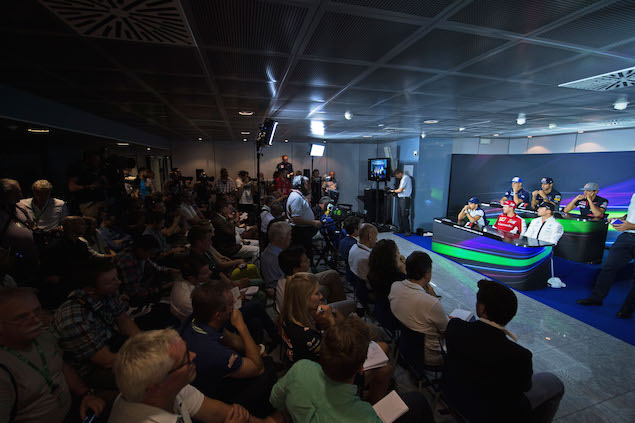 The Question: Nico maybe we could begin with you, congratulations, I understand you became a father. How will it change you and have you decided on a name yet?

NR: Yeah, for sure it’s been very exciting, very intense of course. Big respect for all the mothers of this world – unbelievable. No, very emotional and super happy. Very excited.

NR: Jesus! Nobody told me it would be like this. I haven’t slept in a week. The last time I ate was in Spa. And then there’s the diapers. Oh dear God, the diapers. It’s like something from a disaster movie. And there’s so much! How can anything so small produce sooooo much?! I’m so tired I’m hallucinating. Why is everyone a tiny dancing pink hippo? I just want to sleep… zzzzzzzzzzz…