A ball of string, cigars, motorhome floors and big dogs – our resident grumpy old git clearly has a truly unique perspective on the Monza weekend. 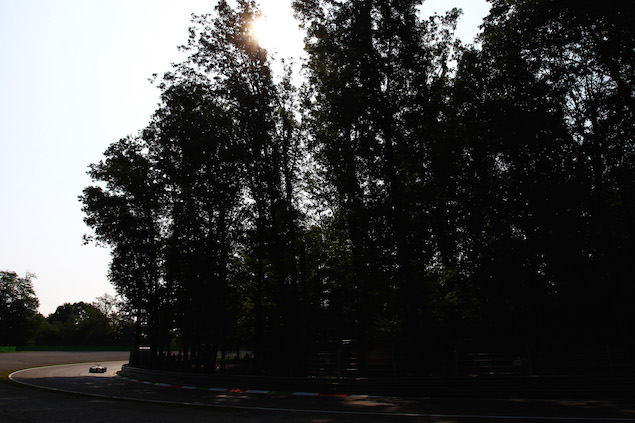 Hard to believe, but there’s an almost endless list of annoyances that make me grumpy when it comes to the Italian Grand Prix.

For starters, it’s the last European race until Spain next May, which is a depressing thought, conjuring up as it does, the prospect of hugely expensive air fares to places that with a couple of exceptions, I can tell you I will never ever visit of my own free will, once I’m deemed TGTW (Too Gaga To Work).

I also get grumpy when I remember the Sunday morning warm-up here. In the days when Formula 1 still adhered to the ball-of-string theory – explanation to follow- the Sunday morning at Monza was one of those parts of a race weekend that was truly magical and could even induce a tabloid hack to break out in Iambic Pentameters. An autumnal mist would hang over the Parco and we’d all wait anxiously to see it burn away, so that the medical helicopter could be cleared for take off. The next part of the performance involved the cacophony of a variety of V engine configurations, 8, 10, 12 cylinders scaring the birds out of the trees. With the conditions possibly still rated as damp, cars would take to the track silhouetted against a low and watery sun, for a thirty minute shakedown. A wonderful way to start race day.

The ball-of-string theory? Place neatly coiled string in a kitchen drawer and the laws of physics demand that when you go to get the string a few hours later, it has tied itself into knots. This logic was applied to the temperamental F1 machinery, so the teams feared that, having packed the cars neatly away in the kitchen drawer or pit garage on Saturday night, having rebuilt them after qualifying, they would be a complete mess on Sunday morning, if they didn’t get 30 minutes to unravel them into a race ready configuration. Unfortunately, the cars themselves often unravelled, frequently thanks to the stupidity of their drivers, who left the garage having already forgot the team manager’s advice that he was to do “a couple of gentle laps and bring it back in one piece….gentle, I said… got that…?" 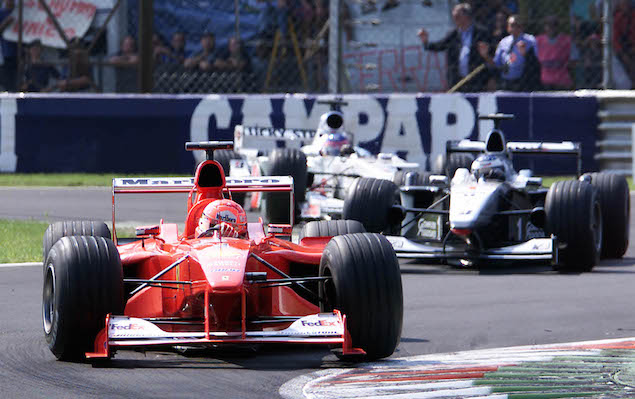 If the cars were destroyed on Sunday morning, well never mind, there was always the spare. (Spare – Dictionary definition: another shiny car to ensure that the fans who’d paid a fortune to see the world’s best drivers take part in the most expensive sport on earth still got to see them if they had a problem. Could even be used after the sighting lap. Cost? Negligible. Reason spare car and the warm-up are banned today? Cost saving.)

The parties in Monza aren’t what they used to be either. I know Red Bull will put on a soiree for the media in the Energy Station on Saturday night, but it won’t reach the levels of excess that characterised the old “end of Europe” bacchanals which often ended in unusual circumstances, such as the year when, only after the driver hit a big bump moving out of the paddock did I wake up under the carpet on the floor of the Ford motorhome kitchen on a Monday morning. One memorable Monza Monday involved getting as far as the check-in at Linate before realising my suitcase was still sitting on the pavement outside my hotel near the track.

Another Italian irritant is the freeform, almost holistic approach to property ownership, by which I mean that your valuables can often become other people’s valuables. In fact, when the media centre was a small concrete building in the middle of the paddock, as soon as the chequered flag fell on Sunday afternoon, we’d be locked in for our own safety as the tifosi stormed the barricades, stripping the paddock of anything that wasn’t nailed down. It was the one race where teams would pull the shutters down on the garage, cowering inside until, like a plague of locusts, the fans had made their way to the podium.

I see the Ferrari trio of Sebastian Vettel, Kimi Raikkonen and Maurizio Arrivabene are due to wander amongst the fans in the park later today (Thursday) and I hope for their sake they remember not to wear any of those huge and hugely expensive wrist watches that F1 folk are so fond of. Drivers have lost more than watches in the past, with some Ferrari pilots finding that while they still had a car with a Prancing Horse badge sitting in the garage at the track, getting there from the hotel while looking at an empty space in the hotel car park was going to be more problematic. 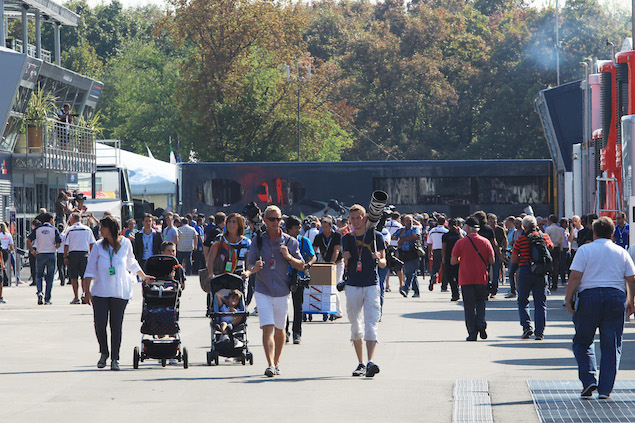 It’s a source of irritation to me that while I find it well nigh impossible to get a pass for any friends or family for my home race, half of Italy seems to have paddock access this weekend, many of them members of the police, the military and the church. I have to admit they’re a well turned out rabble, with a touch too much make-up, perfectly plucked eyebrows and beautiful shoes, while the women aren’t too shabby either. Great ingenuity goes into getting into the paddock without a pass and a special mention goes to the chap who dressed up as a security guard and turned up with a giant Alsatian Shepherd – I’m talking dog here, not a man who minds sheep on the borders of France and Germany. It was only when the dog was spotted wagging its tail and licking people rather than biting them, that its owner was rumbled and ejected from the inner sanctum.

Any excuse was good enough to get into Monza before F1 paddocks became more secure than Guantanamo and one man was allowed in every year, because he organised a Cigar Dinner for us. “Eric,” he said, toking on a Monte Cristo, “a cigar is like a beautiful baby.” Who was I to argue, it was a free dinner after all, but I did wonder why anyone would put a small infant in their mouth and set fire to it.

Most of all, I’m exceedingly grumpy at the thought that if some people have their way, this could be the last Italian Grand Prix for a while. But hey, never mind, we can always exchange the historical delights of Monza and the culture of Milan for that other great “European” city, Baku. 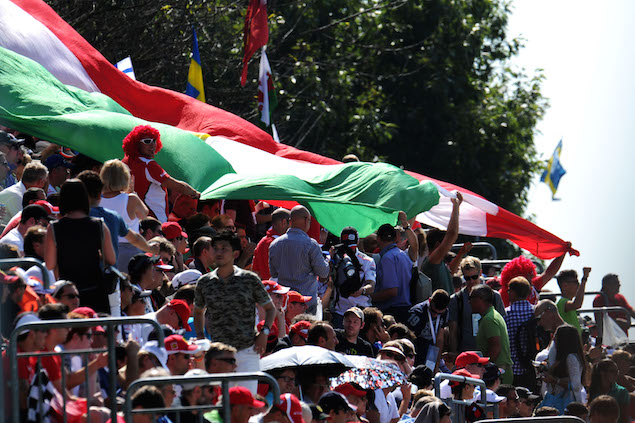 Striving to close the engine gap

Between the lines at the Italian Grand Prix