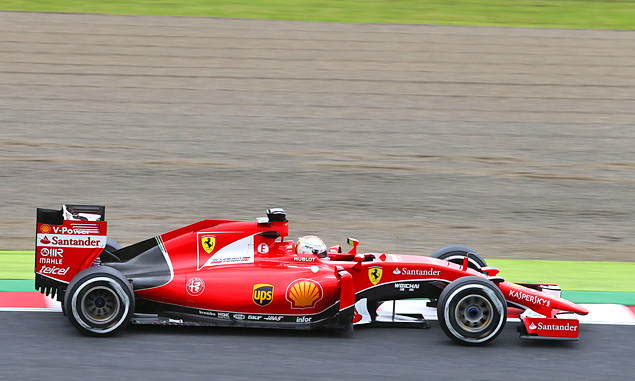 Kimi Raikkonen: "The result of this qualifying is a bit disappointing, as we had a good speed all the way through and the behavior of the car was pretty good. The first two qualifying laps went well, bu my first run in Q3 was average, my tires did not have the right grip. It’s a bit disappointing not having been able to run my second lap: I’m sure we could have improved, but the red flag stopped the session. For the race tomorrow it’s a bit unknown, because nobody had the time to run in dry conditions and do long runs, but I think we should be fine. Hopefully we have done all things correctly so that we can gain some positions. It’s going to be a long race, starting behind other cars, but we’ll try to make a good start and then go from there."

Sebastian Vettel: "It was a tricky session for myself. I didn’t really get going at the beginning, I couldn’t feel the car so I struggled a bit to find the right balance. On my second run on the medium tyres in Q3, there was a big improvement as compared to the lap I had done in Q2, as if the car had “become alive”. In the end we can be reasonably happy, I had a decent lap and I was a lot happier than previously; having scored a lap time which is competitive. Third place on the grid would have been the maximum today, but I missed this by one position. Mercedes are back to their usual level of competitiveness, as we have seen - unfortunately - all year. They will be the ones to beat tomorrow, but for sure we will try everything we can, even if we may expect stronger competition from Red Bull Racing and Williams."