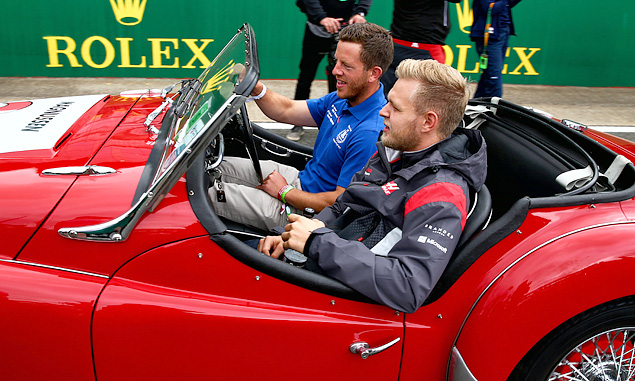 Romain Grosjean
"Tough day in the office. We didn't have much pace today with either tyre. I got stuck in traffic initially, which killed the supersoft. I pitted for the softs, and again, traffic all the way. We tried a gamble at the end putting new supersofts on, hoping that something would happen at the front, but nothing did. We just need to understand why our race pace wasn't as good as it was in qualifying and go from there."

Kevin Magnussen
"I felt the Toro Rosso hit my tyre at the start, but nothing happened. Fortunately, there was no puncture. I just didn't quite get the first lap. It was always going to be difficult when you start on the reverse strategy on the harder tyre. That first stint kind of kept me out of the points. The pace was good in the car, I just had to do a long stint on the tyres and wait for the guys in front to pit and then put in a lot of good lap times. I came back a bit at the end, but it wasn't enough. Whenever you're fighting outside of the points, it's never that interesting. Still, I'll take the positives. We were quick and had good pace in the race."

Guenther Steiner, team principal
"It's been an average weekend. We didn't get in the points, but Kevin's race pace was good. We lost a few positions at the start and that's where we ended up. Again, we had a similar race pace to all our competitors – we were just in a worse spot. I'm still confident in our car. In the midfield, we can battle. This time we were just at the lower end of our group. It changes around every weekend. It's not what we wanted, but still, we finished with both cars. On we go to Hungary."