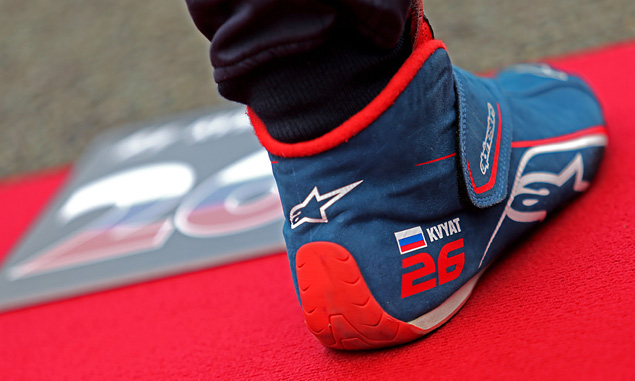 Carlos Sainz
"I’m not going to say much about what happened today on lap 1 with Daniil, the images talk for themselves – it’s just very frustrating to have not finished another race. Of course I’m disappointed and it’s not the way you want your race to go, but I just need to think of it as a stage of my year – with 20 races, there’s always going to be this kind of situation at some point... That’s why I’m not worried and very calm. Fortunately, it’s a weekend where not a lot of points were on the table, especially because we needed some tricky scenarios like rain but this never happened, so we didn’t lose that much. The only big shame is that we haven’t scored any points again this weekend, but we need to keep our heads up – I’d like to cheer the mechanics and the whole team up as they must also be disappointed about this and hopefully in Hungary we can turn it around and have a good race weekend as a team. I’m confident it will be better next time out."

Daniil Kvyat
"Even if I was able to continue after the collision with Carlos, my race was also compromised and I'm obviously not happy with what happened. I was ahead and on a dirty line, so it's normal to have some understeer, and then, all of a sudden, the crash took place. These things happen and sometimes they're unavoidable. It's a real shame, as this has damaged both us drivers and the team, which I feel very sorry for. There's not much more that can be done now, we just need to learn from this and move forward."

Franz Tost, team principal
"The weekend here in Silverstone started in a bad way from the very beginning, after the scrutineering process on Thursday. We clarified everything on the same day but I would like to say that the team has never and would never operate its cars in an unsafe condition. We are a professional team operating at the highest level of motorsport and we treat all aspects of the operation of our cars and their safety with the utmost gravity and respect.

"As for the race today, it was a big disappointment for the team because the worst scenario that can ever happen is the collision between teammates on the first lap of the race. This should not have happened today. From a performance point of view, the car would’ve been able to finish within the top ten – Daniil’s lap times were quite competitive, although the floor was damaged, as well as other parts on the car. We had to call him in to change the front wing and in parallel to this, we also changed the tyres to the soft compound. We thought that he could maybe stay out longer, but then we had to do another pit-stop for the supersoft. At the end we finished the race in P15, so with no points, but all we can do is forget about this race weekend and prepare ourselves in the best possible way for Hungary. This race track should suit us much better and hopefully we can achieve a successful result before the summer break."