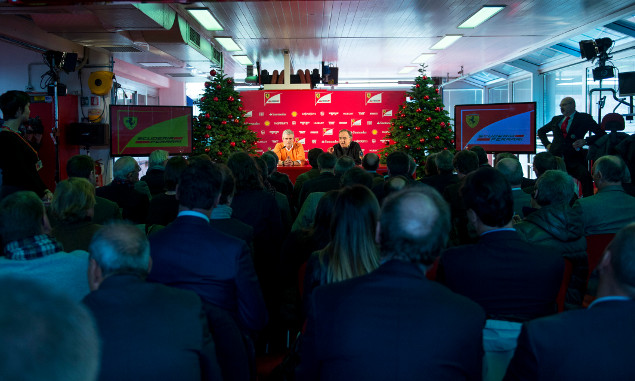 As in life, abundant rhythms and routines flow through the world of F1. Team achievements, driver fortunes or indeed the economics of Grand Prix racing intertwine to form the cycles and tides of a sport which is, by definition, in perpetual motion. As it fights to extricate itself from its undeniable performance recession, the great house of Maranello – which endured last year its first win-less season since 1993 and has failed to win a championship since 2008 – is no exception to the rule of cycles.

Ferrari chairman Sergio Marchionne took the prancing horse by its mane a few months ago, promptly dismantling the Scuderia's entire foundation and putting it back together with new elements destined to provide a fresh impetus, turn the outfit around and ultimately break the cycle. In itself, Ferrari's restructuring plan came as no surprise given its sustained period of famine. What merits attention however are the peculiarities and attributes of the main individuals in charge of restoring the team's luster, some of whom face a new departure and challenge in their own professional life. Marchionne exerts a no frills management style within his industry, one which favors blunt and direct communication with executives and employees, as the dressed-down 63-year-old aptly demonstrated last year when he dismissed without much fanfare one-time Enzo server Luca di Montezemolo.

While his work ethic, decisiveness and financial dexterity suffer no discussion, Fiat-Chrysler's CEO is seen by many within the confines of his trade as just that; a 'numbers guy', a dealmaker and mergers and acquisition wizard rather than a bona fide car enthusiast  impassioned with technology or a vision of the brand he oversees. In short, a fixer rather than a creator. It's hard to tell if he can fix Ferrari's F1 track record as what works in one part of a company may not work in another, especially as the level of Marchionne's passion and understanding of all things F1 appear to be an unknown, at least from the public's current vantage point.

Marchionne's acolyte at the helm of the Scuderia is another man entrusted with an unfamiliar job description. As a former senior Philip Morris executive and F1 Commission member, Maurizio Arrivabene is obviously well versed in the F1 universe and a de facto long-standing ally of Ferrari's interests. A thorough understanding of the sport's governance apparatus and commercial background coupled with a close relationship with Bernie Ecclestone, including knowledge of how best to politically influence F1's supremo, were certainly the decisive factors which secured Arrivabene's nomination as Ferrari's team principal. It remains to be seen however if these assets will be equaled by fundamental management and organizational skills, none of which the Italian has ever applied as the leader of a racing team of any sort. In this role, Arrivabene therefore represents something of another unknown quantity.