Chief race engineer Ayao Komatsu tells F1i technical expert Nicolas Carpentiers about his job as Haas' head of race engineering and opens up about his first steps in the world of motorsport.

THE IMPORTANCE OF BEING WELL PREPARED

Ayao Komatsu is in charge of coordinating Romain Grosjean and Kevin Magnussen’s groups of engineers: “My job is to try to bring everything together and co-ordinate,” he told F1i. “My role includes a lot of organisation, but I am still fully involved in the engineering and data analysis as well. When we are at a race, there are two cars and I still look at the telemetry data in from the three practice sessions but it’s more of an overview. I don’t look at the details; they are looked after by the performance, control and race engineers.”

“My job is to give them some pointers or more of an overview. Let’s say that Kevin found something with the tyres: we can transfer that information to Romain’s car, coordinate set-ups and run the programme. Qualifying is about organisation and timing. During the race, I don’t look at telemetry data at all, because there are too many other things to look at. It is definitely a balance, but the most important thing is to be well prepared.” 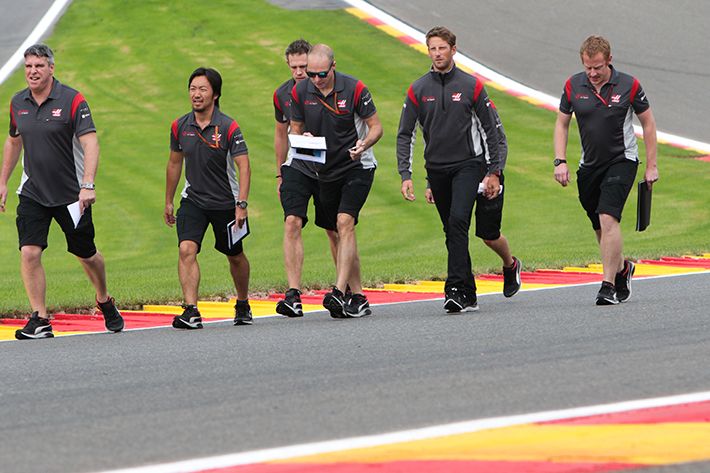 “Many things can change very quickly. If you are well prepared, a decision can be made promptly and with confidence. If you are not well prepared, it increases the risk of making a wrong call. If I’ve done the homework, I should know the critical area in advance and be able to ask right questions during the race without actually looking at data by myself. I also work very closely with strategy engineer during the race, he looks at all the details of how the race is developing and updates me with the latest recommendations, and I then make a final call on pit stops.”

“When I became chief engineer at Lotus, I still remember the first time we went winter testing I realised how much easier it was to take a step back and have a better overview than when I was on the car as a race engineer. When you are a race engineer and in a direct discussion with your driver, you are so deeply involved, it is not always easy to take a step back and look at the issue driver is experiencing from a different angle. The key part of my job as a chief race engineer is to provide this view.” 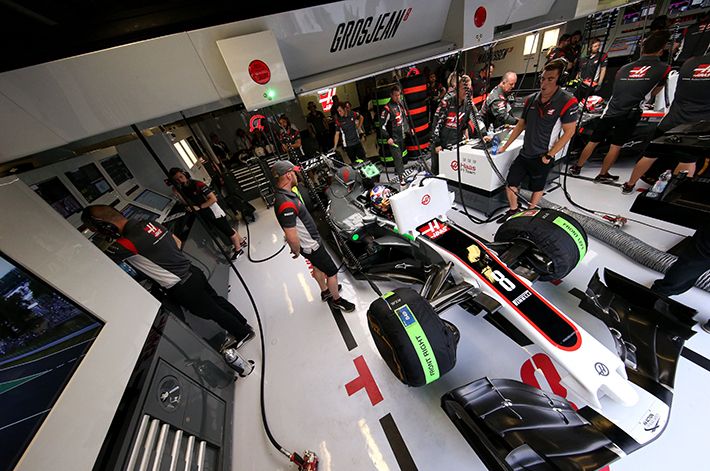 “When you are a race engineer, you work on a single car. Of course, you are part of a team, but you only have to look after your car and you don’t have to do so much coordination between the cars. When I was a race engineer, I just focussed on my car. We were talking with the design and aero departments, providing them with feedback. However, I was not involved in the follow-up from that point. If something has to be put in place, it is the chief race engineer’s job.”

“When you become the chief engineer, you are responsible for representing the view point of trackside engineers. You then need to be able to understand the bigger picture as a team. Sometimes we are looking in different directions as a team and I then need to work out the best compromise. The work at the track has to be coordinated with the different departments at the factory (design, performance, aero). I really enjoy dealing with the bigger picture and organising everyone’s effort. I try not to get lost in certain details and take a step back.” 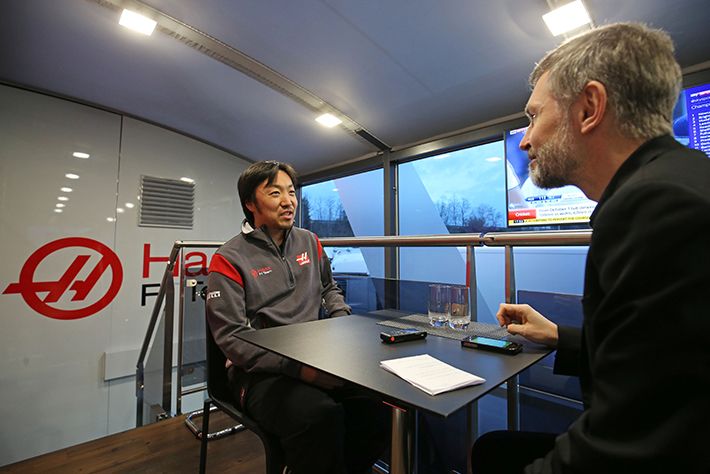 While Komatsu’s job entails coordinating the engineers’ work at the track to extract the maximum performance out of the car, his mission actually begins long before the race with the study of heaps of data from the team’s computers.

Essential car setups are based on what the teams learnt the previous year. Not an easy task in Haas’ case, as no data was available in 2016:

“Last year, we worked with no data from previous years, and in 2017 the car was completely different. When you are used to having 10 or 20 years of data or a database, it’s a shock to your system to have no historical data but we did well considering and improved a lot, in terms of the approach as well as the software, etc.”