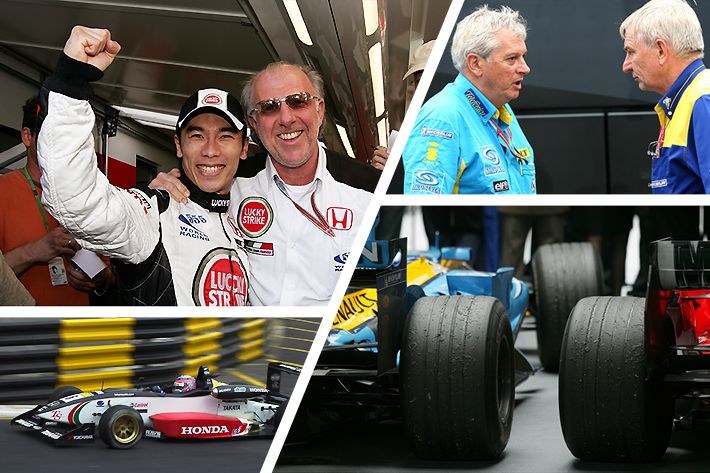 FROM BRACKLEY TO BANBURY

“When I was doing post-graduate studies at Loughborough, I was doing some amateur racing, while at University. At Silverstone I bumped into Takuma Sato when he was getting started in Formula 3 in England. I told him what I was doing and he was interested, so we did Formula 3 together. I didn’t get paid, I was still a student. Because I was doing a lot of simulations and fundamental studies, I wanted to see how much of that I could apply in a practical environment of F3.”

“I got to know him, and then when I was finishing my PHD [on “Vehicle path optimisation and controllability on the limit using optimal control techniques”], he said he mentioned my name to some people at BAR-Honda, and I met them and they gave me a job.”

“At BAR, I was working in vehicle dynamics group and later focused on tyre performance analysis. In 2006, Renault was looking to fill a similar post, so they hired me. I did it for one year, which was the last year of ’Michelin versus Bridgestone’ and I enjoyed it. When the tyre war was finished, I wanted to broaden my area, because my background is vehicle dynamics and I wanted to work with the general chassis and not just the tyres.” 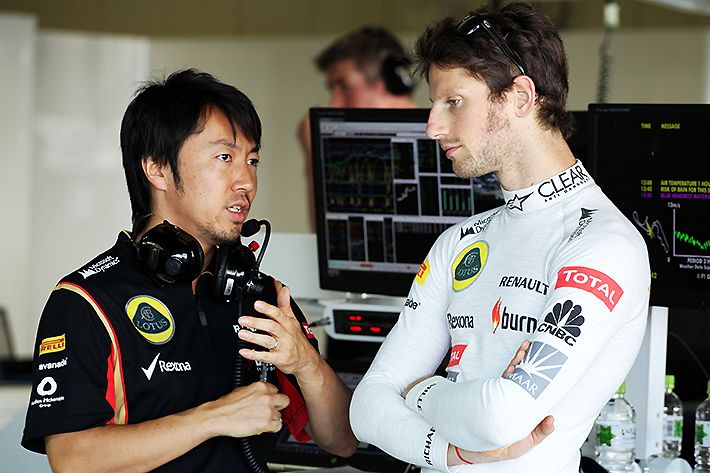 “So I became a performance engineer with the test team, then with the race team, then I became a race engineer, first with Vitaly Petrov, then with Romain [Grosjean] for three seasons. He’s a smart guy. He looks at data by himself quite a lot, he has a good understanding of what we try to achieve and why we do things in a certain way. I’ve been working with him, on and off, since 2009, and I saw him gain in maturity.”

Together the pair scored nine podium finishes until Komatsu was promoted to the role of chief race engineer at the start of 2015.With Grosjean joining Haas in 2016, he asked Komatsu to join him at the new team which had been working hard to recruit experienced F1 personnel ahead of its debut next year.

“Romain signed with Haas because he thought it was a good challenge. I was a chief engineer at the time at Enstone when the situation wasn’t very clear. I met with Gunther and I really liked his vision and what he was doing, so I said, yes, let’s have a go.” 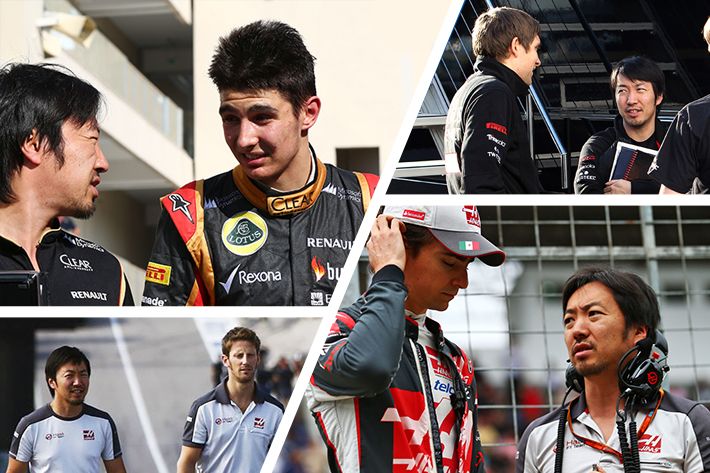 The sustained performance of the team in 2016 and 2017 reinforced Ayao Komatsu in his choice to leave Enstone and join the new American team. But this is not the only reason:

“One of the best things about Enstone is the people on the race team. The guys had good attitudes and worked really hard, and that is one of the reasons why, despite the financial difficulties, we were able to keep good morale and were able to perform at the level, which was brilliant. And that was one of the things that I was worried about when I came here, because it is rare to find that kind of atmosphere, but I must say that here, this garage is fantastic.”

“There are no inner-team rivalries here. Everyone works together and the best thing about this team is there is a minimum of politics. Politics destroy everything, but most of the big company has it and we do not. Gunther is very straightforward and he sets the tone from the top. That is probably the best aspect of this team.” 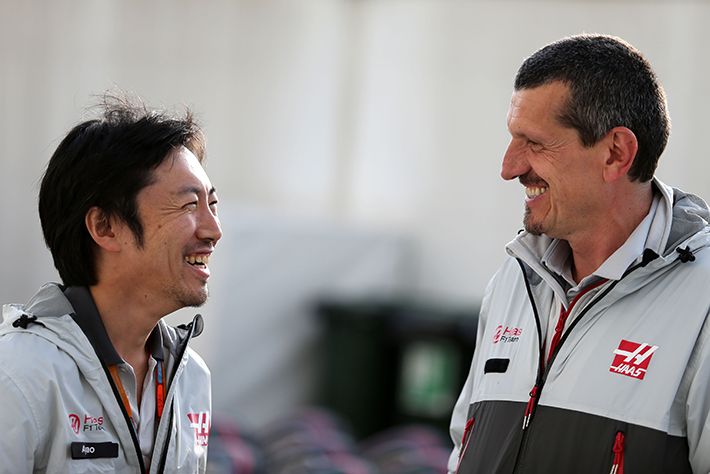