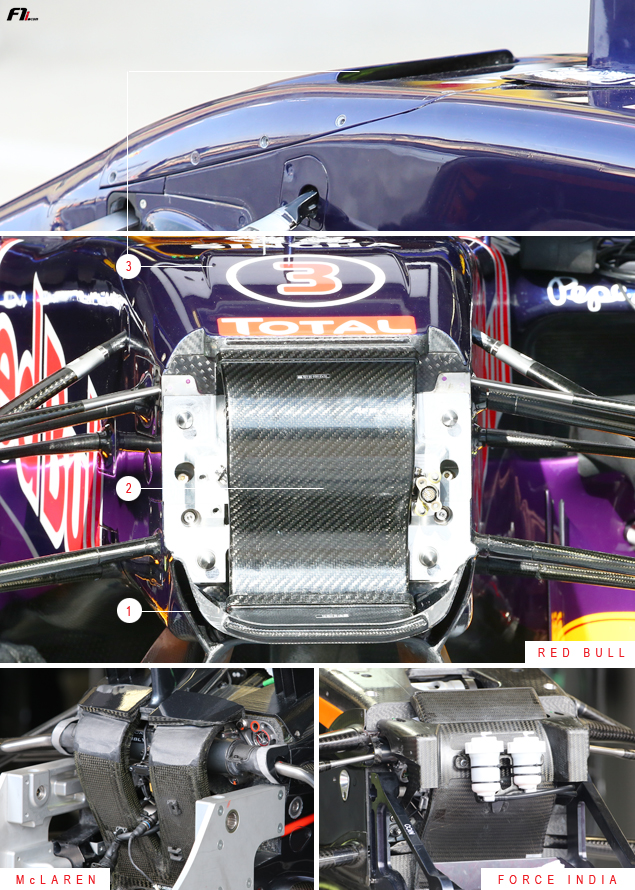 In theory, any car featuring an “S” duct has it from the outset for the system requires a specific design to fit the internal ducting. As one can see above on the Red Bull, the “S” duct actually comprises three elements:

(1) openings at the left and right extremities of the chassis

(2) an “S”-shaped internal pipe that climbs up towards the upper part of the nose and opens out on the front cover, at the intersection of the deformable structure and the monocoque itself.

(3) a panel to vent the airflow. Force India and McLaren are also using more or less the same installation. 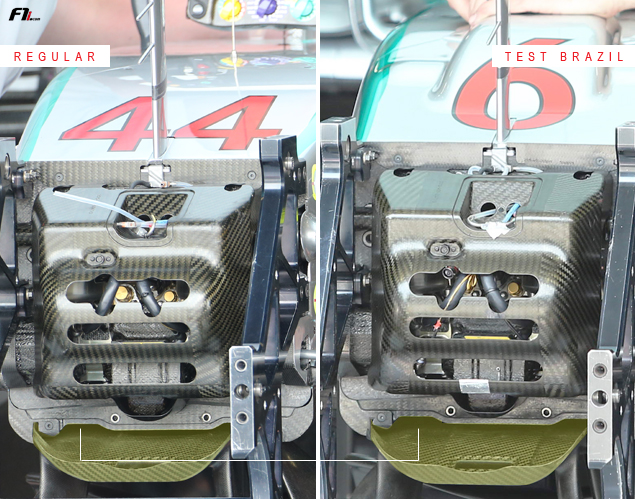 With the system being added to the W06 a long time after the car was designed, it seems that only one of these three elements are present on the car, namely the new panel, which has become a bulge sitting at the front bulkhead. As one can see above, no extra opening has been added and seemingly no internal pipe either. One can assume that the airflow is taking another route, entering a pipe that is not attached to the front bulkhead but features within the chassis itself. Such theory would mean that the airflow is channelled through the small horizontal slot that has always featured underneath the W06. Yet, as you can notice below, the nosecone used on Friday in Brazil did not have any aperture that would allow any airflow in. It actually never does, as shown by the lower picture, which was taken at the Japanese Grand Prix.