On the technical side of things, the major storyline of the Brazilian Grand Prix weekend was Mercedes running an “S” duct in Friday free practice. F1i technical expert Nicolas Carpentiers provides you with images and explanations of the system as well as of the other updates on display at Interlagos. 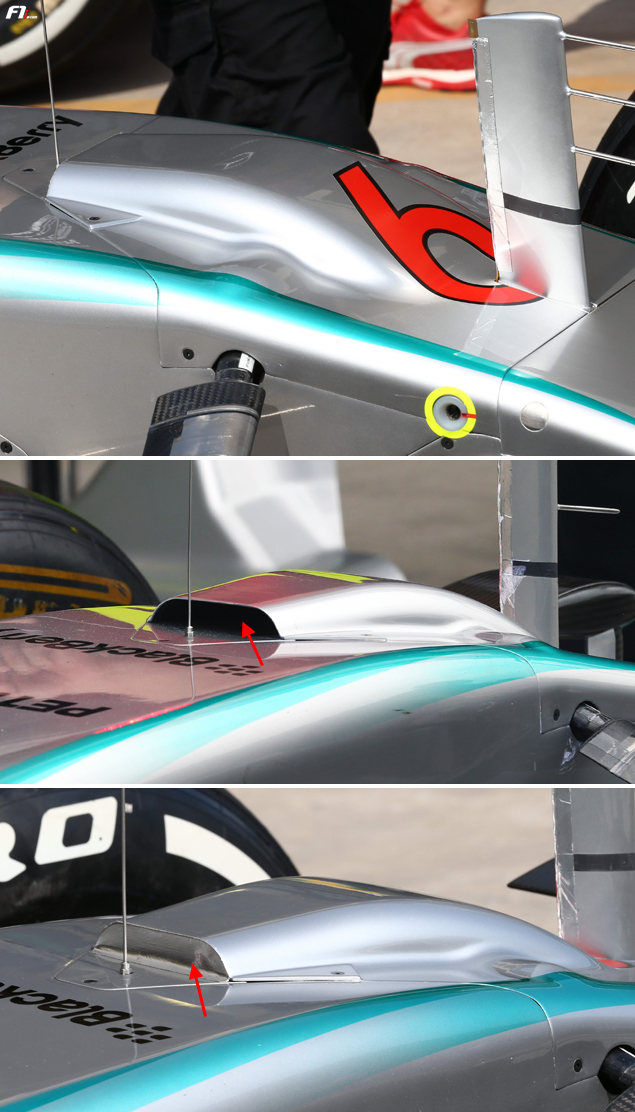 Mercedes set the F1 paddock abuzz last Friday when its W06 sported what looked like an S-duct during the opening free practice session.

The system was first seen on the 2012 Sauber C31 and copied a year later by design genius Adrian Newey on the Red Bull RB9. Its purpose is to solve certain aerodynamic problems that occur under the nose. The idea is to prevent as much airflow disruption as possible above and below the car’s nose, over a relatively long surface. The layer of air that is slowed significantly is referred to as the ‘boundary layer’ and is of variable thickness depending on the material, the angle of incidence and other parameters. The slow air rubs against the fast air, creating turbulence, which in turn creates drag.

The solution? To suck up this limit layer, which is what the “S” duct does, by swallowing the air under the nose and spitting it out through the top. By giving the air a burst of acceleration when it comes into contact with the surface, energy is transferred to the boundary layer: the speed differential between the slow and fast air is less significant, so there is less turbulence and, as a consequence, less drag. The opening under the nose sucks up the limit layer, in other words the turbulence: the dirty air is cleaned before being directed towards the floor, which optimises the efficiency of the diffuser. The system also helps maintain the flow of air as it passes over the upper surface of the nose.