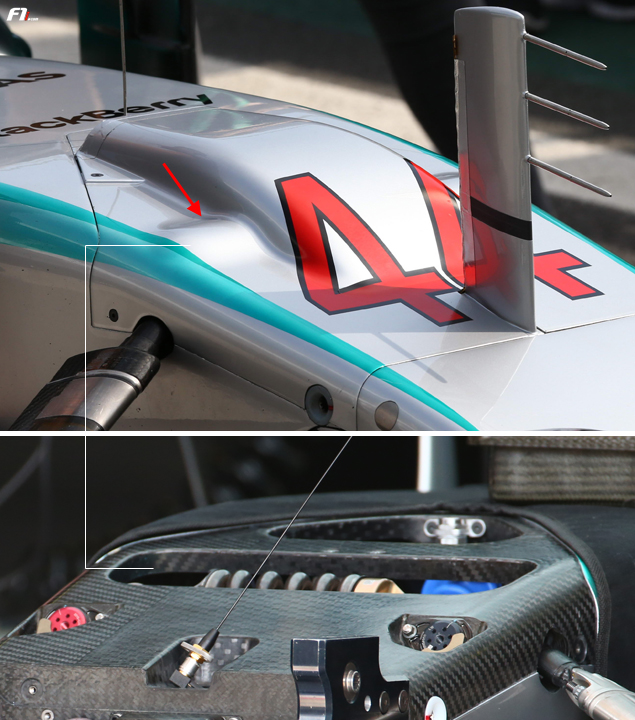 WHAT IF THE REAL CHANGE LIES IN THE SUSPENSION?

Therefore, it seems that Mercedes’ primary goal was to check whether the new-look panel and a higher chassis would impair the driver’s vision. Further evidence of this initial assessment phase came from the panel’s exit duct being closed off on Lewis Hamilton’s car. If a full “S” duct system had been indeed run, surely it would have been left open (like on Nico Rosberg’s W06).

That said, the main panel was flanked by a couple of blisters (see red arrows) that sit at the same level as the heave dampers opening. Maybe these bulges are just prefiguring a higher chassis (the theory according to which the blisters are lodging any pipe for an “S” duct does not hold up since the system was not operational). Some believe these will actually house a new suspension.

At any rate, we will have to wait and see in Abu Dhabi, if not the launch of the 2016-spec W07, to know whether Mercedes buys in to the potential of running an “S” duct system. 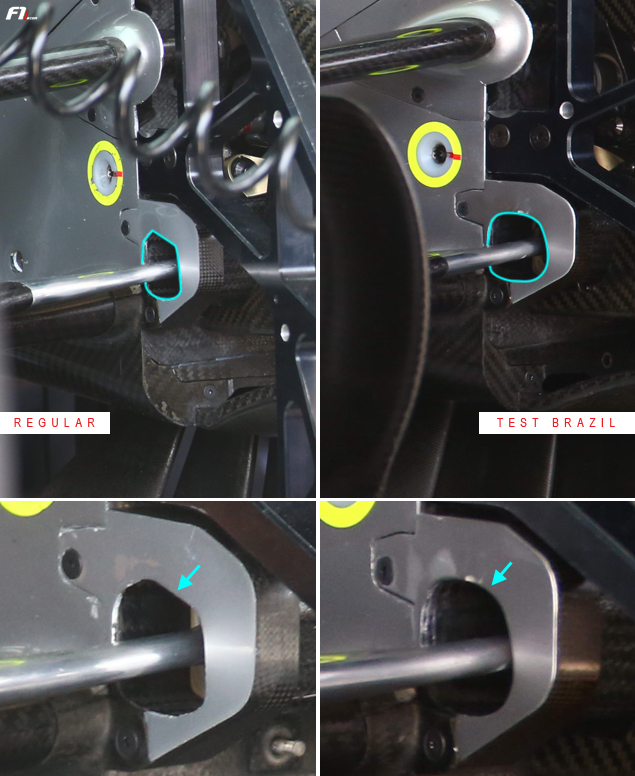