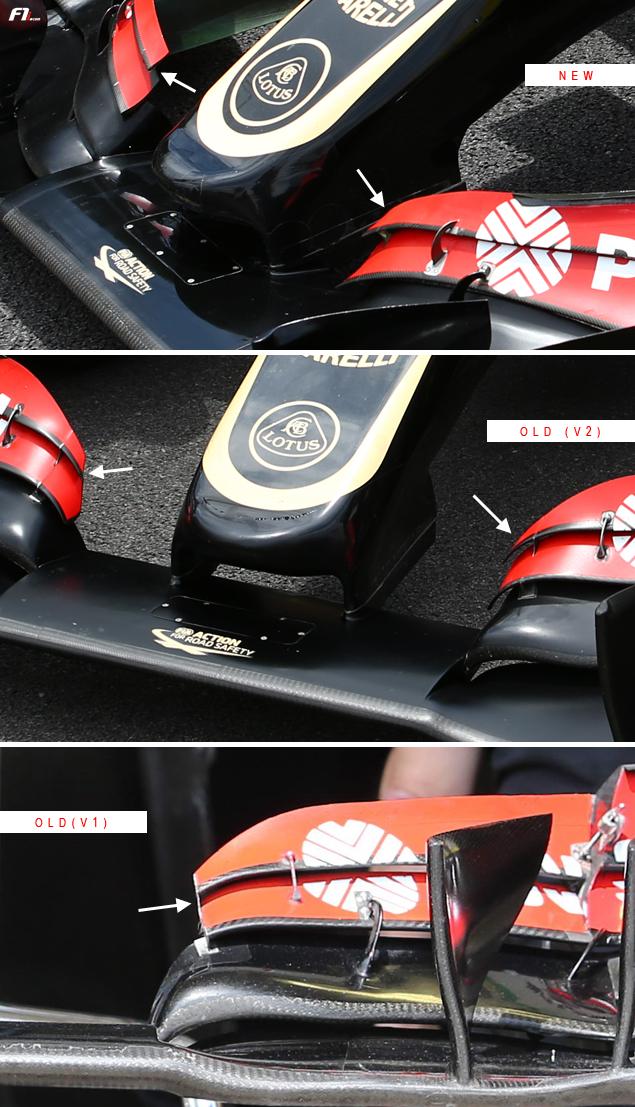 Despite the uncertainty that still surrounds its future – negotiations with Renault have been dragging on for months and 2016 is bound to be a transition year – the Enstone-based team keeps developing the E23 within its meagre financial capabilities.

On Friday, 2016 recruit Jolyon Palmer sampled a new front wing that included a change in the area where the all-important Y250 vortex is created (see white arrows). The Y250 vortex is generated where the flaps meet the mandated 500mm neutral section. On each side of the front wing, these upper aero parts sit 250mm away from the car’s centreline, hence the name.

In this crucial area of the front end, the high-pressure air rolls up to the low-pressure region and creates a whirlwind, just like the sort of whirlpool you can see in a sink. Aerodynamicists have actually created this vortex in order to channel the airflow as they see fit around the car, using several aero elements (bargeboards, etc.) in the process.

The updated wing, which was also bolted on Romain Grosjean’s car for the race, is curiously quite similar to the initial design (V1). In free practice for the Chinese Grand Prix, Lotus had already trialled a new version (V2), only this featured flaps with more pointed inner edges.