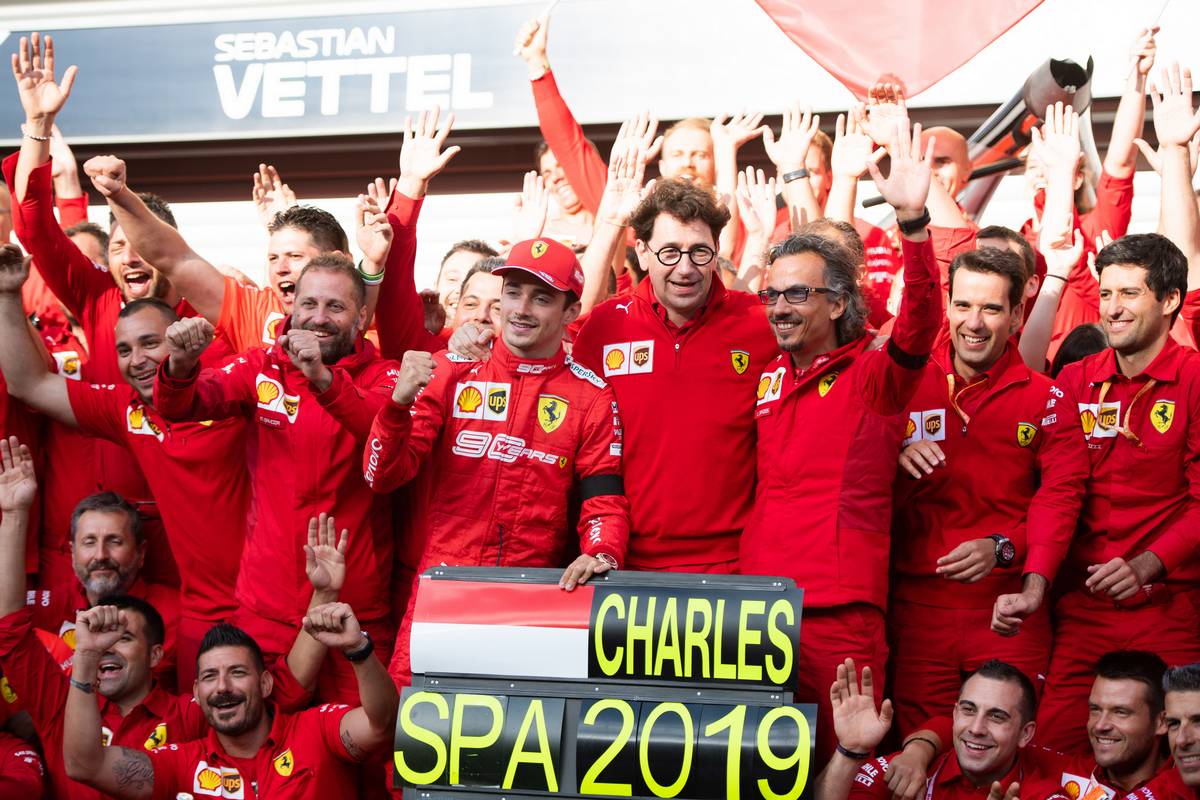 Charles Leclerc
“It is difficult to enjoy a first victory on a weekend like this. I grew up with Anthoine, and we competed in our first karting race together with Pierre (Gasly) and Esteban (Ocon) in 2005. These are memories I will keep forever. Losing him yesterday was a huge shock, not only to me but to everyone in motorsport. In a way, I am satisfied having won today to remember him in the way he should be remembered. He was a champion, and this victory is for him.

"The race itself was good and nothing would have been possible without the amazing car the team gave me. We made good improvements in terms of race pace and tyre management this weekend.

"The last few laps weren’t easy. I saw Lewis coming closer and closer in the mirror, so I put my head down and tried to focus on the work I had to do in the car. At the end, I managed to cross the line in first place and I’d like to thank the team for the hard work they have put in to make this possible.”

Sebastian Vettel
“It was not by any means an easy race for me. At the start I managed to retake my position from Lewis but then I began to struggle with the tyres and I had to stop earlier than planned. With the medium tyres at first I managed to maintain a good pace, but then it dropped again.

"I tried to keep second place but I couldn’t do it and at that point, the best thing to do was to pit once more for tyres and carry on without struggling so much.

"We have to understand why my car had such high tyre degradation and we will do a full analysis of the situation to understand the reasons why I did not feel comfortable. It was definitely not a great weekend for me, but it was a great weekend for the team and that’s the main thing. So congratulations to all the guys in the team and well done to Charles for his first win!”

Mattia Binotto, Team Principal
“This is a victory that certainly gives us plenty of energy and desire to do well. After the summer break it was very important for us to return to the track focused – and to show we are competitive after a start to the season in which we lost so many opportunities.

"Compliments to Charles, who sealed his very first victory in Formula 1, and it was important to do it here not least because he and Anthoine were close friends. This is the best way to remember him. His weekend was outstanding from Friday and he truly deserved this win.

"Seb also put together a good race and he showed strong pace in the first stint, but we brought forward his pit stop to protect his position. This meant his tyres had degraded a lot towards the end of the race. He helped his team-mate and he showed yet again that he is willing to work for the good of the team.
Now we head to Monza, we are raring to go and we want to perform just as well at our home race.”