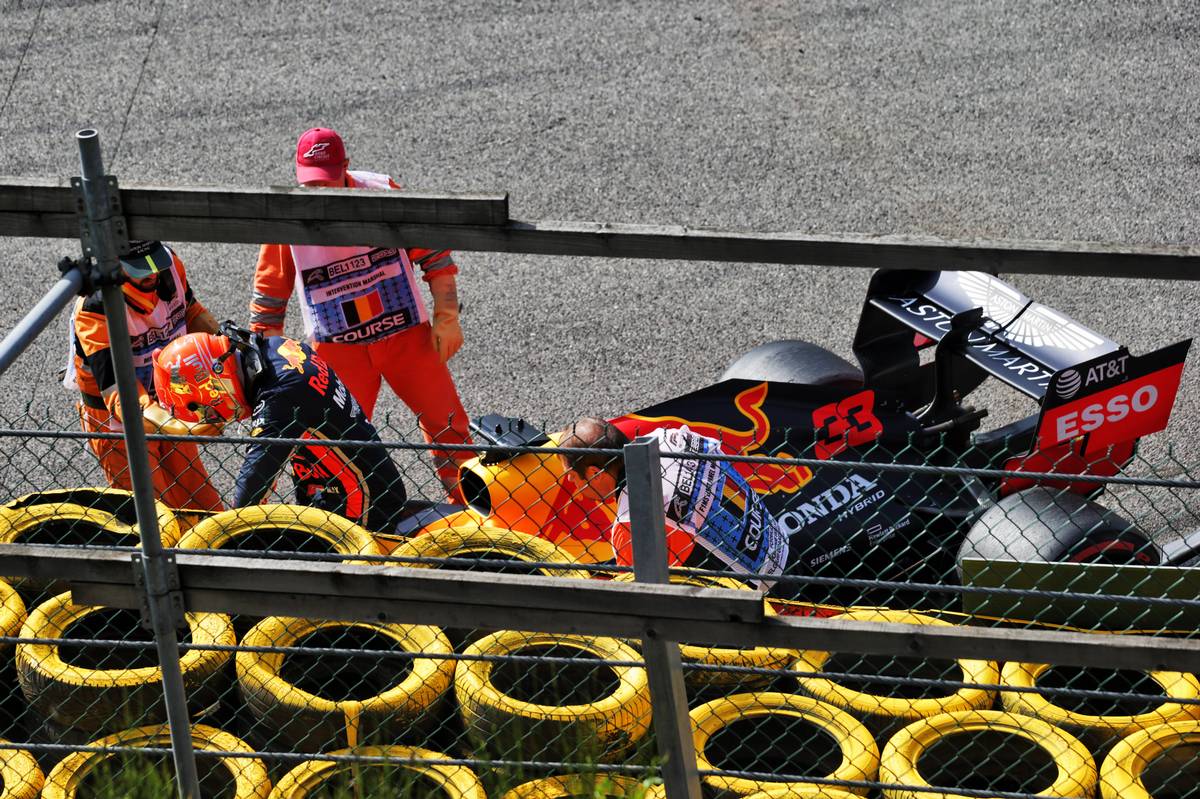 Alex Albon
"I'm very happy. P5 is an amazing result and we've got off to a great start. I had some good fun out there and I enjoyed this race a lot. I started off the weekend very nervous and if you had told me I'd finish the race fifth I'd be very happy, but I'm a bit more relaxed now. It was actually a difficult race and in the first stint I struggled with grip in the dirty air and couldn't overtake anyone. But then once we pitted for the soft tyres, the car came alive and I was like - now we can do something! The last lap was really good, I had a good fight with Sergio where we were both on the grass and it made for some good racing. There are definitely some areas I need to improve on and over the next few days I'll get my head down, do some homework and address them for Monza. I will sit down with the Team and understand why I struggled at the start, but I am still finding out the car's little tricks and adapting to it. I didn't really feel too much pressure coming into the weekend, I think the media thought I was going to, but I've enjoyed my week with the Team. It's been a good experience and a different way of working. Last night was very tough, us rookies knew Anthoine very well, so it's been a stressful few hours and this morning felt strange. When you know a person and when they're at the race track, it's a very difficult atmosphere, so we dedicate this race to him."

Max Verstappen
"It was of course not a great end to the weekend but it's not the worst thing that can happen in life as we have seen yesterday, so I cannot really call this frustration. I got a poor start, the reaction was not great and then I got wheel spin when I released the clutch. I tried to stay on the inside into Turn 1 but I think Kimi expected to be fully ahead of me and just followed his line. I don't think you can blame anyone and I guess he just didn't see me, once I was next to him and he was turning then we couldn't back out. We touched, my track rod was broken so I went straight on into the barrier at Eau Rouge and the race was over. These things happen, it's very unfortunate for the Team and we will of course try and do better next week."

Christian Horner, team principal
"I've been very impressed with Alex's performance all weekend and he put in a great recovery drive from 17th on the grid to finish fifth in his first race with us. He was pretty cautious during the first half of the race as he felt his way into the Grand Prix, but things started to come alive for him on the softer compound tyre and he put in some great overtakes. Max didn't have a great start which meant he got boxed in at Turn 1 in the middle of the pack. He made contact with Kimi mid-corner which resulted in a broken front track rod, ending his race. It was a frustrating racing incident but Max has completed over 20 consecutive races in the top five now and it's just unfortunate that run ended at his home race. It's been a difficult 24 hours for the whole community and everyone raced with a heavy heart. Congratulations to Charles Leclerc, he drove a great race and it seems quite fitting that a close friend of Anthoine's won here today."