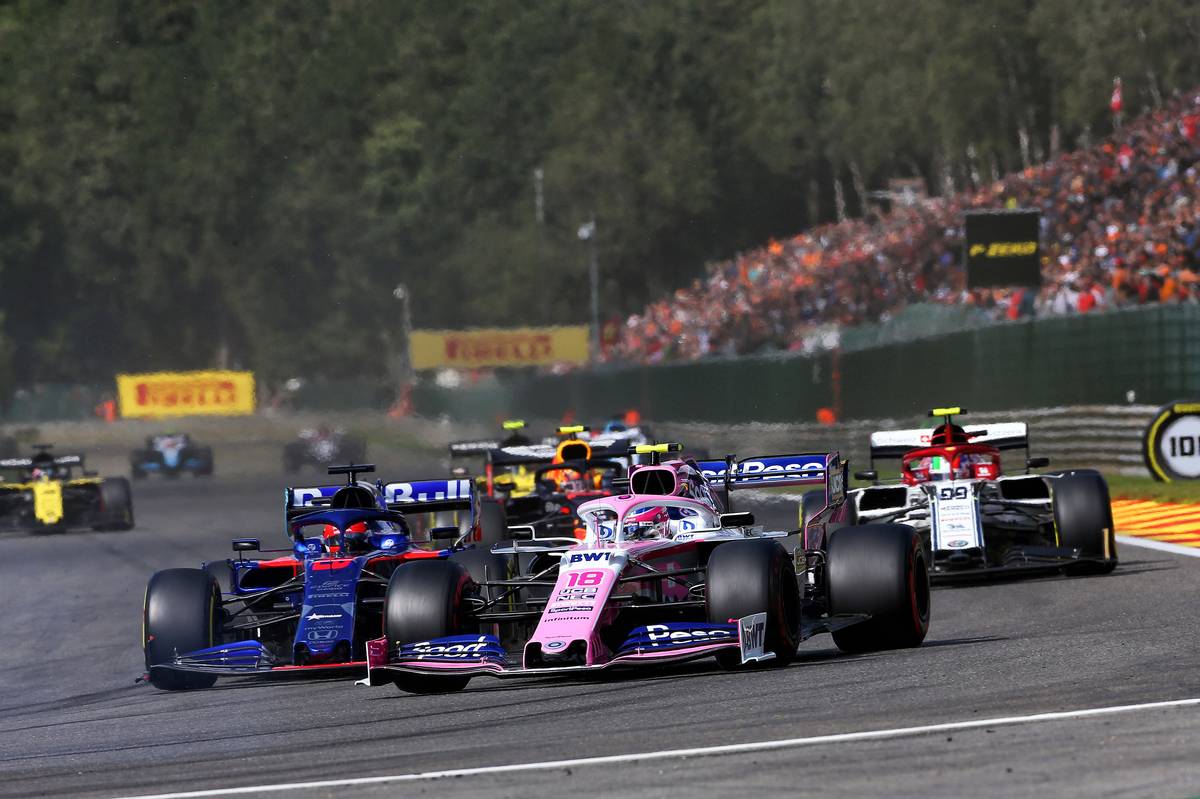 Sergio Perez
"It's obviously a very sad day for our family, our community. I don't think any of us have really enjoyed being here today - but all we can do is give this race to Anthoine. It's no less than he, his family and his friends deserve. It was a good result for the team - especially considering the issues we had on Friday. It was a hard race, from the beginning to the end, but we came away with a good amount of points and some positive momentum to take into the next few races. There was a bit of chaos at the start, which I had to avoid by running wide, which lost me two or three places. From there we were fighting all the way through to make it back. I went into attack mode with lots of overtaking and P5 looked possible - but at the end Albon was very strong and we had no chance to keep him behind. Our strategy was quite aggressive, so we paid the price at the end of the race. It always hurts to lose a position on the final lap, but we did all we could. Overall a positive performance for us. Spa is a place where we generally go well, so it will be interesting to see how we go at the coming races."

Lance Stroll
"It has not been an easy weekend for all of us and our thoughts remain with Anthoine's family at this time. I think we put on a good race in his memory and for us it was a competitive afternoon. Both cars in the top ten means good points for the team. I am quite pleased to score a point from P16 on the grid, but it was a bit frustrating because I spent the whole race stuck in traffic, behind cars on different strategies, so it was tough to get clean air and really push on. In hindsight, I think that's where we lost a lot of race time compared to other drivers, such as Kvyat and Albon, who managed to get in front of us during the race. We gave it a good go though: I was right behind Gasly towards the end and I almost got him. If it wasn't for the yellow flag on the last lap, I think I could have got him. But it was a great race: very exciting from start to finish and I enjoyed it."

Otmar Szafnauer, Team Principal and CEO
"It's been a difficult weekend for the motorsport community, but I'm pleased we put on a good show today and paid tribute to Anthoine in the best way possible. I said yesterday that getting both cars home inside the points was achievable and we did that today – even though it came down to the very last lap. Sergio's strategy worked out well, but it left him exposed on the final lap to Albon [with fresher tyres] and we had to settle for sixth place, which is still a fantastic effort. Lance was on a different strategy with a late second pit stop, which saw him charging through the field to pick up the final point. It's the result we deserved and reflects the speed we have shown all weekend. The car has looked much more competitive here and it's another demonstration of the progress we have made over the last few events."