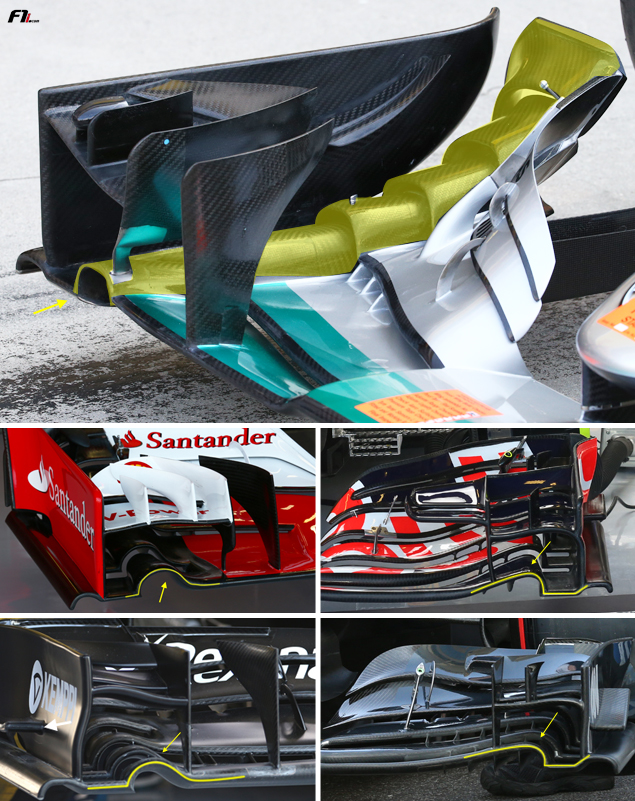 One of the most copied Mercedes designs was the front wing spec the world champions debuted on their W06 in China.

This new layout features more pronounced, square-shaped arches. This creates a kind of funnel that sits right in front of the tyres and has been made with a view to generating more downforce and diverting the airflow towards the outside of the tyres.

The six-element funnel creates powerful vortices, which in turn push away the dirty wake coming off the rotating front tyres. Such vortices had decreased in intensity due to last year’s technical regulations requiring narrower front wings. In order to recover part of the lost energy, Mercedes has clearly overhauled its front wing design philosophy.

While Red Bull used to be the yardstick in that field, it soon became evident that Mercedes had set a new benchmark, as highlighted by Ferrari and Red Bull adopting a similar solution at Silverstone, Williams in Hungary, and finally McLaren in the United States.