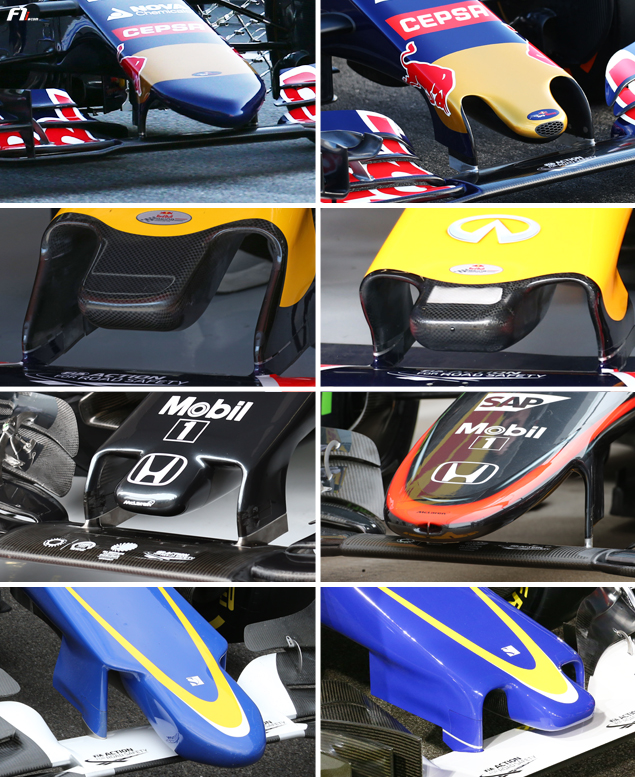 THE TIP OF THE NOSE

Amongst all the 2015 challengers, only the Ferrari and Manor kept using a long nosecone. Mercedes, Lotus, and Williams all went for a shorter design in the first place, while Toro Rosso adopted it at the second Barcelona pre-season test, Red Bull at the Spanish Grand Prix, McLaren in Austria, and Sauber in Singapore. Force India has explored another avenue to come up with a clever and economical ‘nostril’ design on its B-spec VJM08.

The overall consensus among the teams is that shorter noses are the way to go amid the current technical regulations. The design helps better manage the airflow coming from the mandated 500mm neutral section. The front wing pillars have also been moved back, which has led to a bigger gap on both sides of the tip. This means more air can circulate under the nose and towards the splitter.