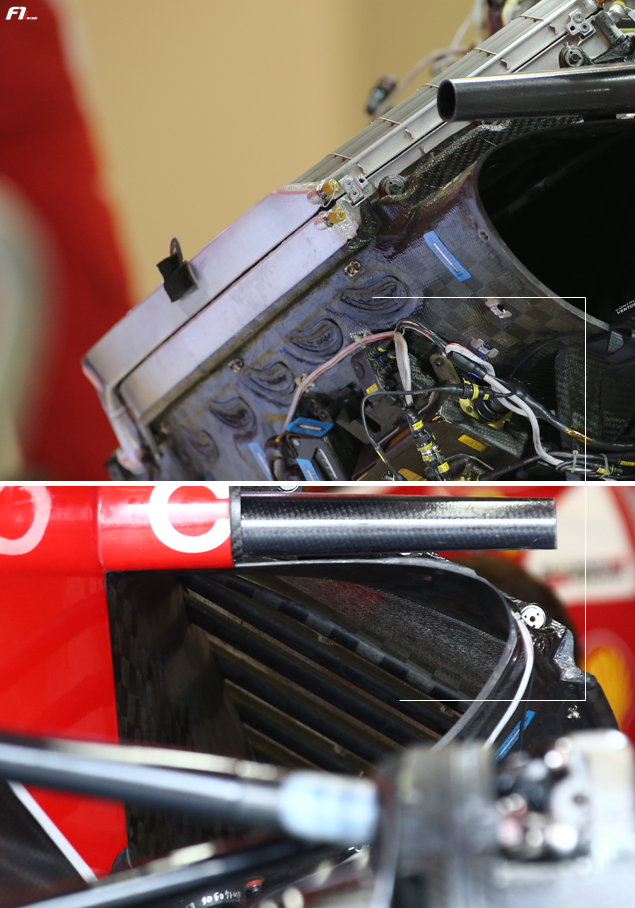 Ferrari has repositioned the radiators inside the SF15-T’s sidepods. The new power units and their different components – internal combustion engine, energy recovery systems, battery, etc. – release a lot of heat, thus heightening the demands in terms of cooling.

How does the new layout work? Inside each sidepod, the cooler is sandwiched between a pair of openwork carbon-fibre panels. A series of louvres features on the panel placed underneath the cooler. These elements help spread the airflow over the entire surface and redirect it properly through the cooler. There’s a similar system on exit; the hot air is vented at the top of the cooler and then channelled towards the outside of the sidepods via another row of louvres. There is also a wide duct overarching the cooler and its openings.

By optimising how the airflow enters and exits the coolers Ferrari has been able to go for a much flatter design. This means that the coolers don’t stand as much in the way of the incoming airflow as they used to, which in turn improves the car’s internal airflow circulation.