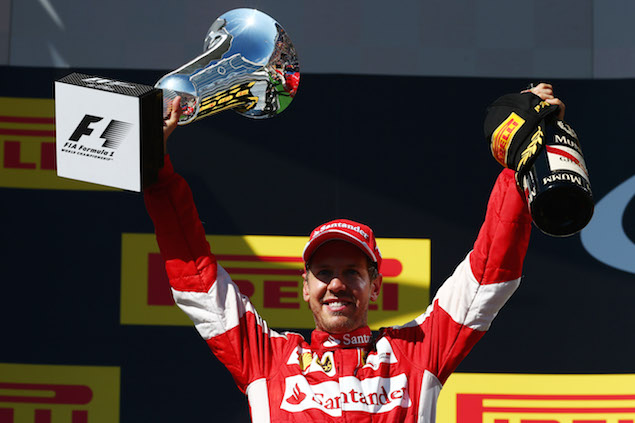 “Shit, I don’t know what happened. I think 2010 I was very close to win and did a stupid mistake and then we had this very ugly – I’m not saying the brand – dog with four legs, or five legs, or six, I don’t even know – then they went back to the porcelain one, now they’ve gone back to something else! Obviously it’s great to win but not entirely perfect.”