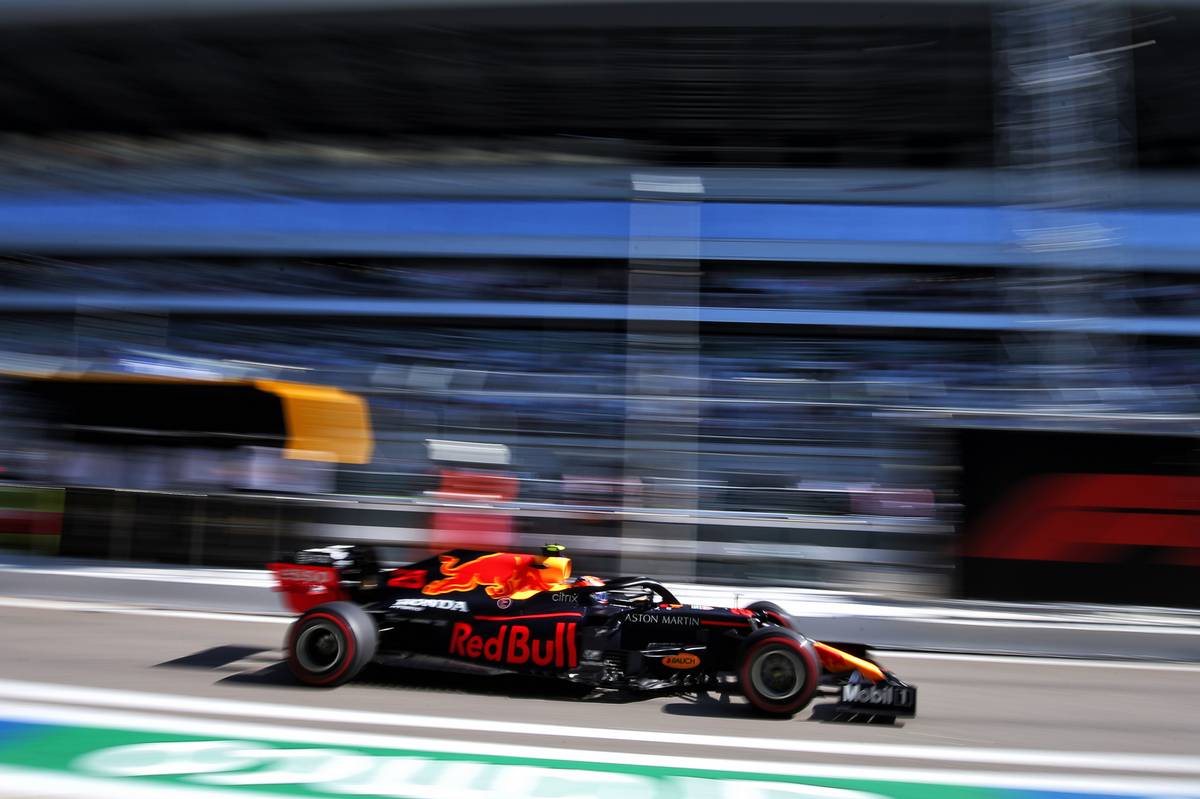 Alexander Albon
"Today was a lot of work for one point and it wasn't an easy race. We struggled at the beginning to overtake and get through the pack on the hard tyre and so we lost a lot of time. When we swapped to the mediums it was a little better and we did as much as we could but it was difficult out there and a frustrating race. We were just in traffic the whole time without any clean air so we couldn't put down any really good laps. After the gearbox penalty, today was about damage limitation and now I'm already focusing on Germany and having a cleaner weekend in two weeks' time."

Max Verstappen
"We can be very happy with second place today, especially on a track where we know that we aren't normally so competitive. It is a good amount of points for the Team and what we needed after the last few races. There was very low grip on the inside of the grid at the start, which cost us a bit and the first few corners were pretty interesting, but we stayed calm and I quickly moved past Daniel again. I struggled to follow the Mercedes cars on the medium tyre as I had a lot of oversteer but once I pitted on to the hard we were more competitive and I focused on my own race which we managed well. It's good to be back on the podium and we can definitely be pleased to finish within eight seconds of Bottas on this track."

Christian Horner, team principal
"Second place is a fantastic result for Max today and once again he extracted everything he could out of the car with a quality drive. Second was the optimum we could have hoped for and Lewis' penalty did help us out. It was a tough afternoon for Alex who started in 15th place following a grid penalty for a gearbox change. He lost ground on the opening lap but with the Safety Car we effectively had a free stop, only conceding one place as we changed Alex from the soft tyre to the hard which he was more comfortable on. He was then able to make progress through the field with some great overtaking moves. The Team once again made some fantastic pit stops and in six years of coming to Sochi this is our best result, with yesterday's front row start and today's second place so it is great to leave with a trophy."