Ahead of key meetings within F1 this week, FIA president Jean Todt appeared keen to remind the engine manufacturers he has been given additional power 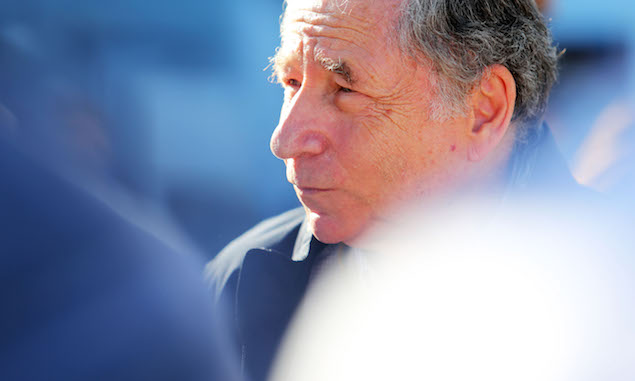 FIA President Jean Todt has not had the smoothest second term in office so far, often receiving criticism for a lack of action regarding a number of issues within F1.

As costs continue to be a major talking point (and talking is all F1 seems to be good at doing, rather than actually implementing meaningful change) the sport needs strong leadership to make real progress but finds itself with a structure which prevents it as Todt, the teams and Bernie Ecclestone all often fail to agree on the hymn sheet, let alone attempt to sing from it together.

But Todt appears to be growing tired of the lack of ability to force through changes, and after siding with Ecclestone on the power unit issue which the idea of an independent engine investigated last year, the pair now have more power, after a meeting of the World Motor Sport Council (WMSC) in December decided:

"The World Motor Sport Council approved, by a near unanimous number (just one vote against), a mandate for the FIA President, Jean Todt and the Representative of the Commercial Rights Holder, Bernie Ecclestone to make recommendations and decisions regarding a number of pressing issues in Formula One such as governance, Power Units and cost reduction.

"Mr Todt and Mr Ecclestone expressed their intention to establish conclusions on these matters by 31 January, 2016.” 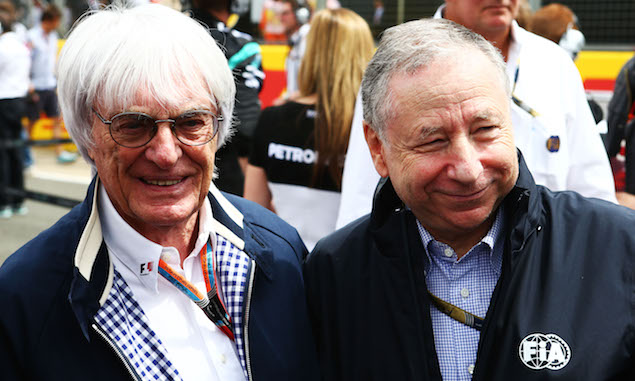 Essentially, Todt has been expanding his armoury in an attempt to make it easier to implement change, something which of course would benefit Ecclestone too. The recent watering down of 2017’s technical regulations - which have still yet to be agreed - is a sign of how quickly the teams can renege on plans which many were in favour of just a few months ago.

When asked by F1i if the latest backtracking on the regulations highlights the need for the additional power handed to himself and Ecclestone, Todt - in a potential response to comments from Ecclestone last month - said the engine manufacturers should not underestimate his ability to force through changes if he sees fit.

“In a way the FIA has a specific responsibility in regulating and governing motorsport,” Todt said at the Autosport International Show. “Commercial rights holders - which are separate because we have different commercial rights holders - have other obligations. Teams have other obligations. Then from one championship to another one things are different.

“Since the signature of the Concorde Agreement there is what is called the tri-agreement between the CRH, FIA and teams. As president of the FIA I have always got the mandate to defend the interest of the FIA and its championships. So clearly we have not been happy about certain situations, mainly on the powertrains. Not the specification of the powertrain - of which I have been a strong defender - but the cost for the teams and the possibility of being supplied.

“For me it’s simply unacceptable if a team does not get one engine to put in its car. So that’s the reason - because of the cost and because of these points - that we said the only solution if the manufacturers do not agree to answer to our requests then in this case we need to introduce a customer engine which would be accessible to any team, private team, and affordable. 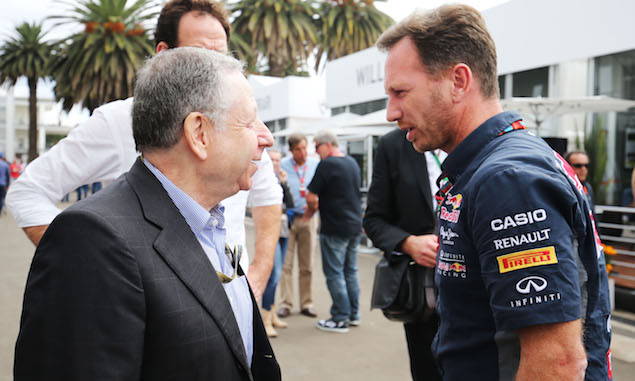 “So that’s the way it started. It was kind of hard that we were in such a situation, we needed to find an emergency solution. Since then we have had discussions with the manufacturers. I want to be optimistic but careful because until we have signed everything it cannot happen, particularly in the golden gate of Formula One.

“So I am optimistic and willing to see a positive outcome, but I’m not intending to get away from the governance because that is not the role of a global organisation. We are talking about transparency, we are talking about good governance so clearly unless I am - as president of the FIA - put in a corner and its in the interests of one of our assets which is the Formula One championship then we need to do something which could have consequences. You can imagine I am not the owner of the FIA, I have the key to the FIA during my mandate so I must be very careful with what I may do with my keys.

“Clearly I hope that good sense will prevail and we will be able to find a solution for the powertrain.”

While Todt appeared to warn himself against being rash with the additional power he has, he previously fired a similar message to Ferrari after it vetoed plans to reduce the costs of power units last year. 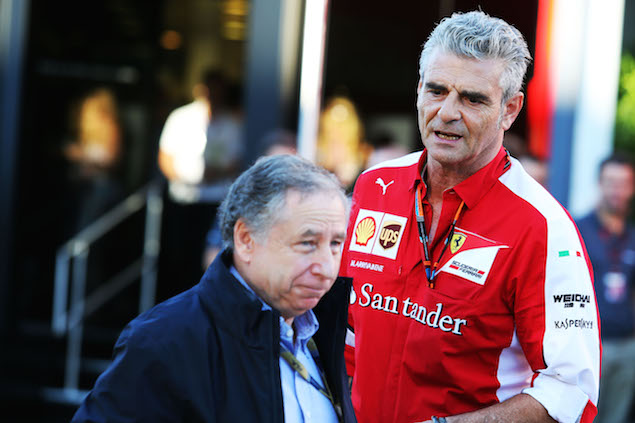 The response to the Ferrari veto was the FIA agreeing with Ecclestone to look in to the idea of an independent engine, a move which forced the current manufacturers to revisit the costs of supply to customer teams. While the more active Todt worked alongside Ecclestone in that instance, the commercial rights holder still criticised the FIA president’s lack of focus on F1, something Todt is hinting he may change but only on his own terms.

“You must always have a humble value of what you do and I think in the global world I have an average position compared to a head of state or somebody like that. But if I had to take in to consideration and modify my way of leading every time I read something I would commit suicide. And I want to live still, notwithstanding my old age!

“But it would be bad governance if I decided to change the structure because I have a few lunatics who are writing things that are simply not accurate. Saying that, they have the right to write, to sing, to do whatever they want. That’s called freedom of the press. But I think I will disappoint a lot of people who do believe in me if I would change my strategy every time I see something which is negative to me.”

Todt has so far been happy to delegate responsibility to FIA members who can be dedicated to Formula One, often taking a back seat and staying quiet amid calls for his input. However, ahead of meetings this week of the Strategy Group and the F1 Commission, he has appeared keen to remind the engine manufacturers of his additional power.

Maybe 2016 is the year when a few noses will be put out of joint, but at least it would mean decisive action is being taken.

Assisting an F1 team … from a distance