We finish our look of how all ten F1 teams fared in 2020 with the mighty Mercedes team, which secured its seventh consecutive world championship thanks to Lewis Hamilton and Valtteri Bottas. 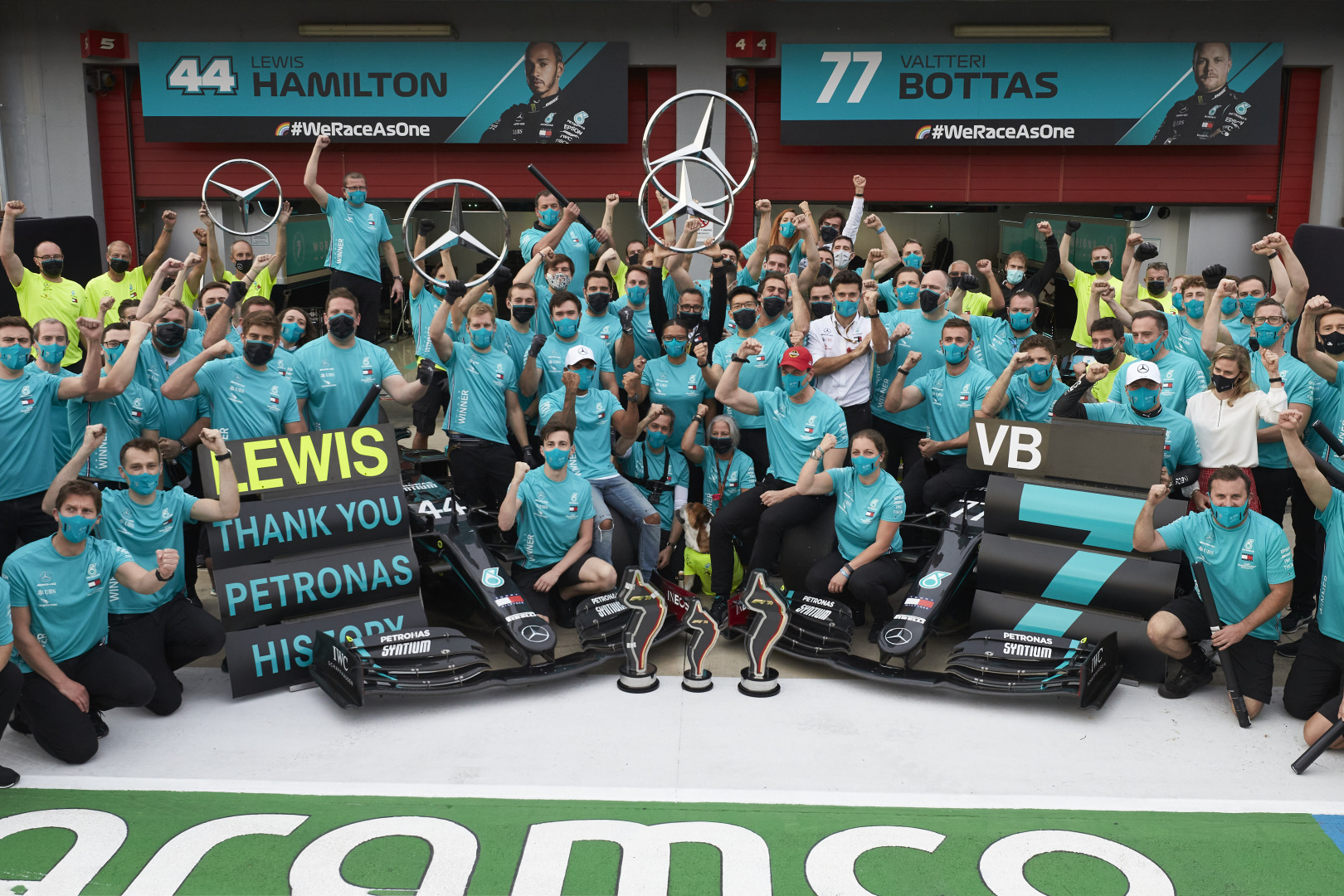 What can you really say about Mercedes that hasn't already been said in suitably laudatory terms? A spectacular, dominant performance yielding a record seventh consecutive constructors championship. Save for a messy end to the season (that pit stop blunder in Sakhir and a strangely lacklustre time in the Abu Dhabi season finale) it would almost be possible to call 2020 an immaculate campaign, with the team successfully picking up points in every single round.

And yet sometimes appearances deceive, at least slightly. Despite that huge 254 point gap over Red Bull in the final constructors seasons, Lewis Hamilton didn't have it all his own way on track and there were plenty of times when he looked under pressure to a greater degree than he has in previous years. Mercedes' rivals are gradually eating into their engine performance advantage and several of the team's victories had to be earned by tactical and strategic choices and good old-fashioned top driving skills rather than merely being able to rely on mechanical superiority. And it has to be said that their rivals made it easy for them in several respects, with Red Bull essentially a one-man show and Ferrari almost entirely abdicating from the competition altogether. 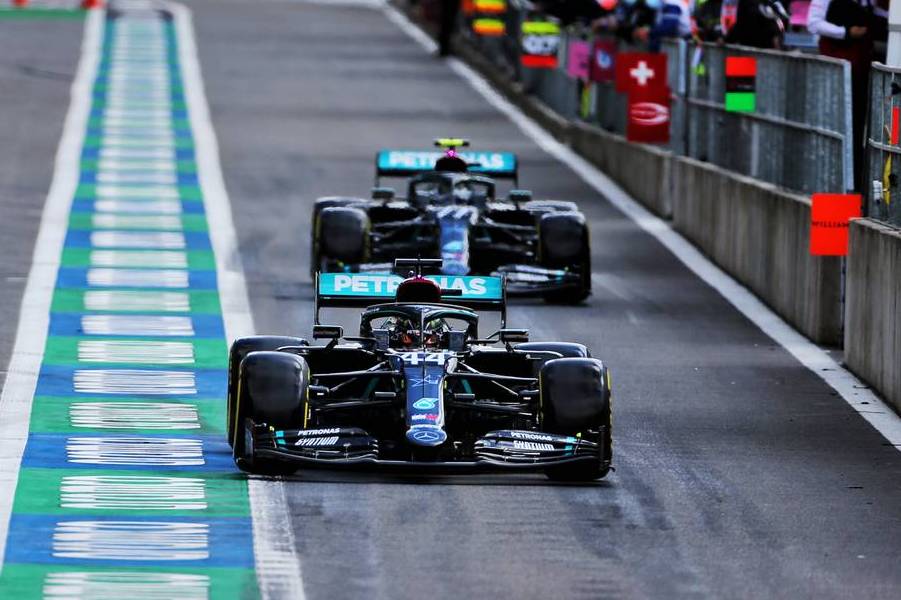 It's getting harder to stay on top, so how long can Mercedes extend their record run? Toto Wolff signing on for at least another three years as CEO and team principal is an essential part of that, as is the small matter of whether Lewis Hamilton will sign a new contract extension to keep him at Brackley in 2021. If he does (and there's every indication he will) then it's hard to bet against an eighth title for both team and driver next year.

It's been a familiar story in the Mercedes driver head-to-head between Valtteri Bottas and Lewis Hamilton this year, with the Finn getting the early advantage but then having to watch on as the Brit turns on the turbo-booster and soars off into an unassailable lead. It happened again in 2020 with Bottas taking the first win in Austria only for Hamilton to be back ahead in the points following the Hungarian GP, after which the gap never narrowed. Hamilton was 124 points ahead of his team mate by the end of the season, and that's despite missing the race in Sakhir after succumbing to coronavirus, where he was subbed by George Russell. 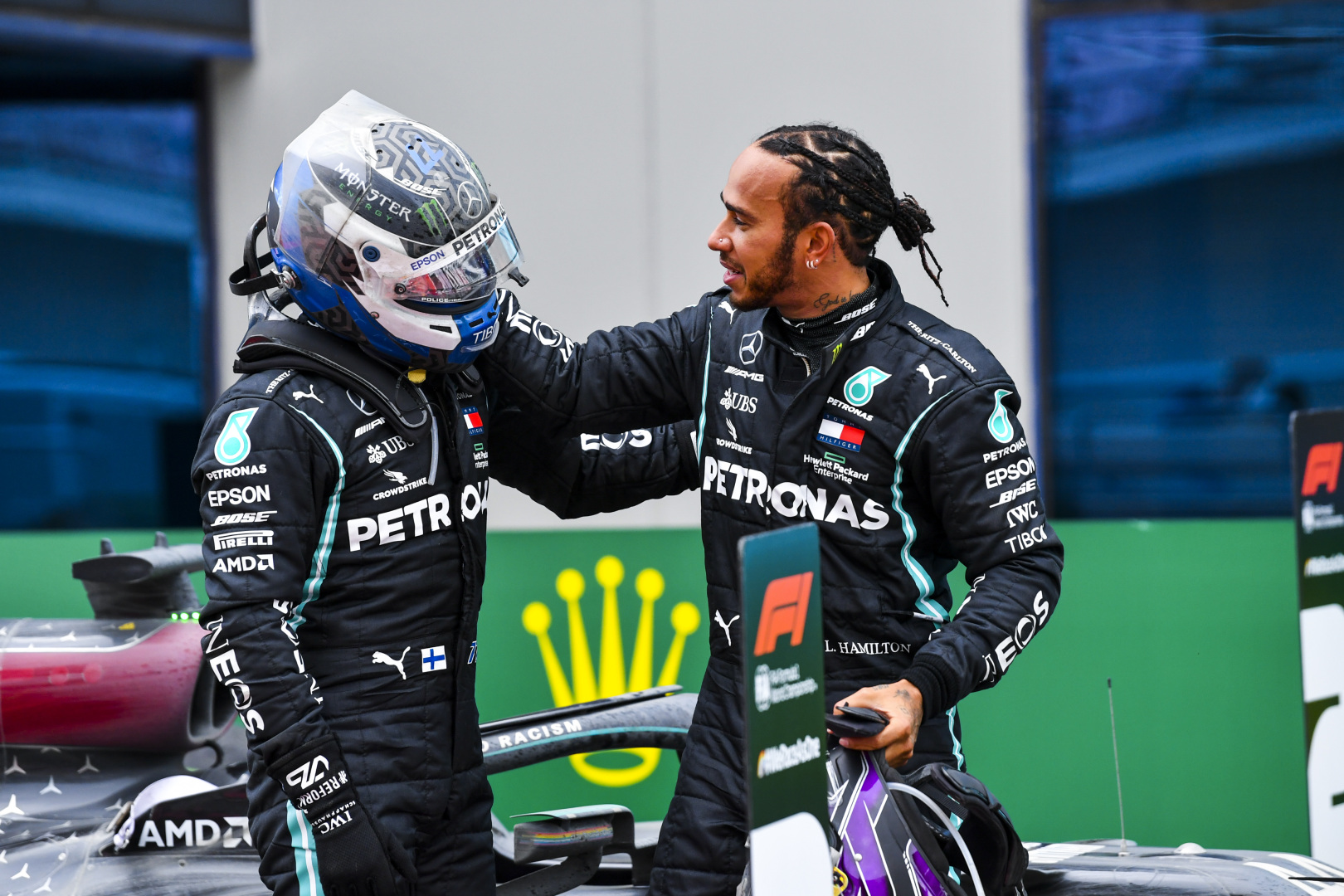 Hamilton succeeded in beating Bottas in 11 of their shared 16 qualifying sessions with an average grid position of 1.88 to Bottas' 2.29, including ten poles for Hamilton and five for Bottas. In the races that both drivers completed, Hamilton was ahead in 11 to four for Bottas, with the average finishing position 1.88 to 4.31. There were 11 wins for Hamilton in total, and two for Bottas with Russia added to his victory in the first round. Between them there was only one DNF all year when Bottas forced out of the Eifel GP with power unit issues. That left Hamilton as the only driver to score points in every race he took part in this year - although his absence from Sakhir put an end to an unbroken run of 265 race starts since his F1 debut in Australia in 2007.

Hopefully Hamilton will soon be fully recovered from the nasty effects of coronavirus, but will missing Sakhir have any longer-term implications for him? In his first Grand Prix outing in the car, George Russell was only 0.025s away from pipping Bottas to pole and then went on to drive a perfect race marred only by events beyond his control. It should leave Bottas feeling worried that his time in the team is about to run out, while others have suggested that Mercedes could save a pile of cash by deciding not to pay millions for Hamilton's services when they could pick up Russell at Aldi prices.

We don't think that will happen. Not yet, at least. But it does feel like the winds of change are coming to F1, and that the end of an era might be fast approaching.

Formula 1 to reduce Friday sessions to 60 minutes in 2021