After guiding Sebastian Vettel to four world titles, Guillaume Rocquelin tells F1i technical expert Nicolas Carpentiers about his new job as Red Bull's head of race engineering and opens up about his first steps in the industry. 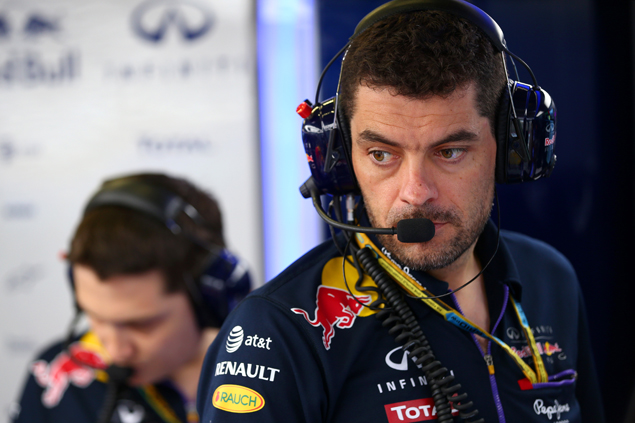 Maybe we should not say that but Formula One drivers are selfish individuals when it comes to their job. I mean, when was the last time you disobeyed your boss? Red Bull head of race engineering Guillaume Rocquelin is all too familiar with this kind of ruthless behaviour. The Frenchman saw his ‘Multi 21’ instructions to Sebastian Vettel fall on deaf ears at the 2013 Malaysian Grand Prix, with the four-time world champion ignoring team orders to overtake team-mate Mark Webber and win. Having race engineered Vettel for six years, Rocquelin, known as ‘Rocky’, now occupies a less exposed and more managerial role: being in charge of coordinating Daniel Ricciardo and Daniil Kvyat’s groups of engineers.

“The job did not actually exist when Adrian [Newey] was still very much involved in the team,” Rocquelin tells F1i. “He really took the division of work to heart, so there was a lesser need compared to other teams. Paul [Monaghan] initially was overseeing that area, but he ended up taking up other responsibilities over the years.

“The position remained unfilled for a while, which had both advantages and inconveniences. Naturally, when Adrian decided to take a step back, the need to have greater coordination resurfaced. Red Bull was looking for someone who had some experience and knew the team well, and since I had been with them for a decade… But that also was a personal choice: I wanted to do something else after working as a race engineer for 15 years.”

“When I took my decision, Sebastian was still supposed to stay with us. To be honest, his departure made things easier for me. I am not sure I would have liked to see someone else working with him at Red Bull.”

In that position, Rocquelin has enjoyed a successful career both in the US and Europe. Prior to joining Milton Keynes in 2006, first to work with David Coulthard and then Sebastian Vettel, the Frenchman had travelled Stateside in the early noughties to race engineer the likes of Scott Dixon, Cristiano da Matta, Bruno Junqueira, and Sébastien Bourdais in CART/Champ Car. After spending so many years helping drivers develop and fulfil their potential, Rocky needed a fresh challenge like Rob Smedley at Williams, Alan Permane at Lotus or Tom McCullough at Force India.

But perhaps that was also a way for Rocquelin to close definitively the chapter of his tremendous partnership with Vettel, who was then set to join Ferrari.

“When I took my decision, Sebastian was still supposed to stay with us. To be honest, his departure made things easier for me. I am not sure that I would have liked to see someone else working with him at Red Bull. And I feel like it would have been the same for Seb. Maybe I’m wrong but I think he would have come up to me every five minutes. I talked to him when I was still pondering about the job and I would have waited if he had disagreed.”

You just can’t brush aside a six-year, close-knit association that quickly. 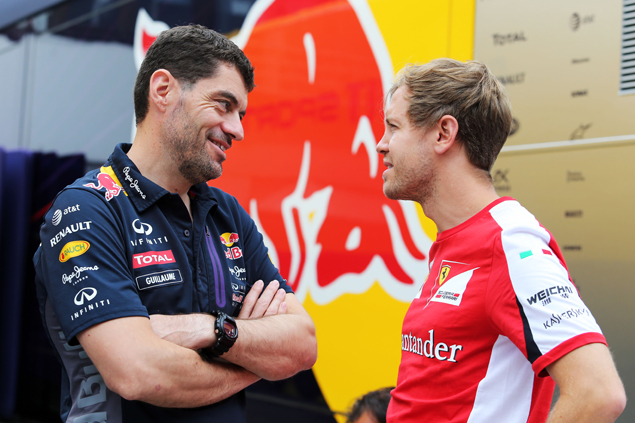