F1i technical expert Nicolas Carpentiers takes a closer look at the new Ferrari SF16-H, with the Scuderia abandoning several features from last year’s SF15-T to embrace more conventional concepts. Much attention has been paid to the areas that impact how the air flows under-nose and along the sidepods. 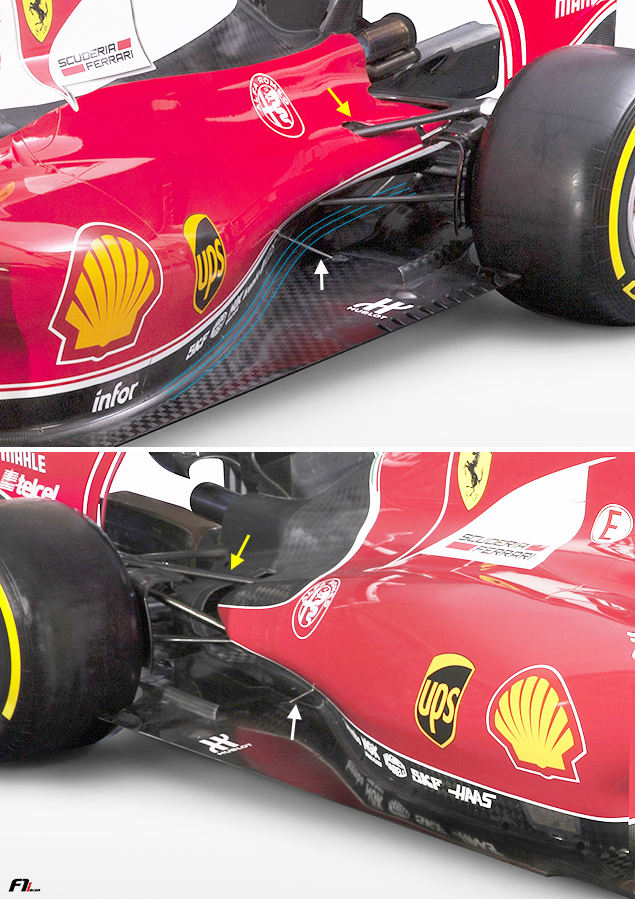 Looking at the back of the new Ferrari, one can notice the rear end is much tighter and snuggly wraps around the gearbox, which has been redesigned as well. This more compact layout mostly applies to the lower part of the bodywork though. Indeed the upper section of the engine cover actually widens in order to vent out the hot air released by the power unit and radiators. As a result, the high-energy air that flows along the lower sidepods and above the diffuser is better separated from the hot stream of air coming out from within the car.

Trimming down the chassis improves overall aerodynamics. The tighter the rear end is, the faster the air flows above the diffuser, which in turn contributes towards sucking more air from underneath the car in conjunction with the diffuser.

A NEW POSITION FOR THE MGU-K?

It is believed that Ferrari’s slimmer package was made partly possible thanks to the repositioning of the MGU-K, which was placed behind the internal combustion engine (ICE) last year. The motor-generator unit is now located on the left-hand side of the V6, as it is on all other power units.

According to renowned technical expert Giorgio Piola, Ferrari has also been able to add variable inlet trumpets (like Mercedes and Renault) after removing its large intercooler from inside the ‘Vee’ of the engine and replacing it by a two-element setup. One sits above the oil tank, just like on the championship-winning Mercedes W05 and W06, while the other is on the right hand side of the engine.

If it is confirmed that Ferrari has reshuffled its power unit components to make the unit more compact and the overall package more chassis-friendly, tifosi will then hope the Scuderia has learned the lessons from 2014, when chasing aero gains at all costs became detrimental to performance. 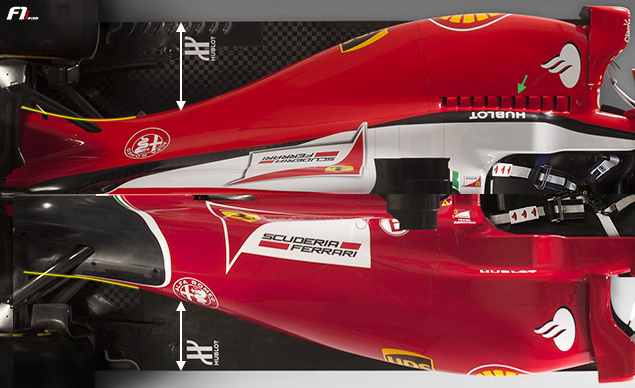