It's unlikely that winning the F1 Constructors' title alleviated Mercedes' disappointment of losing the Drivers' championship with Lewis Hamilton. But it was still another record achievement by the Brackley squad which concludes our team report cards for 2022. 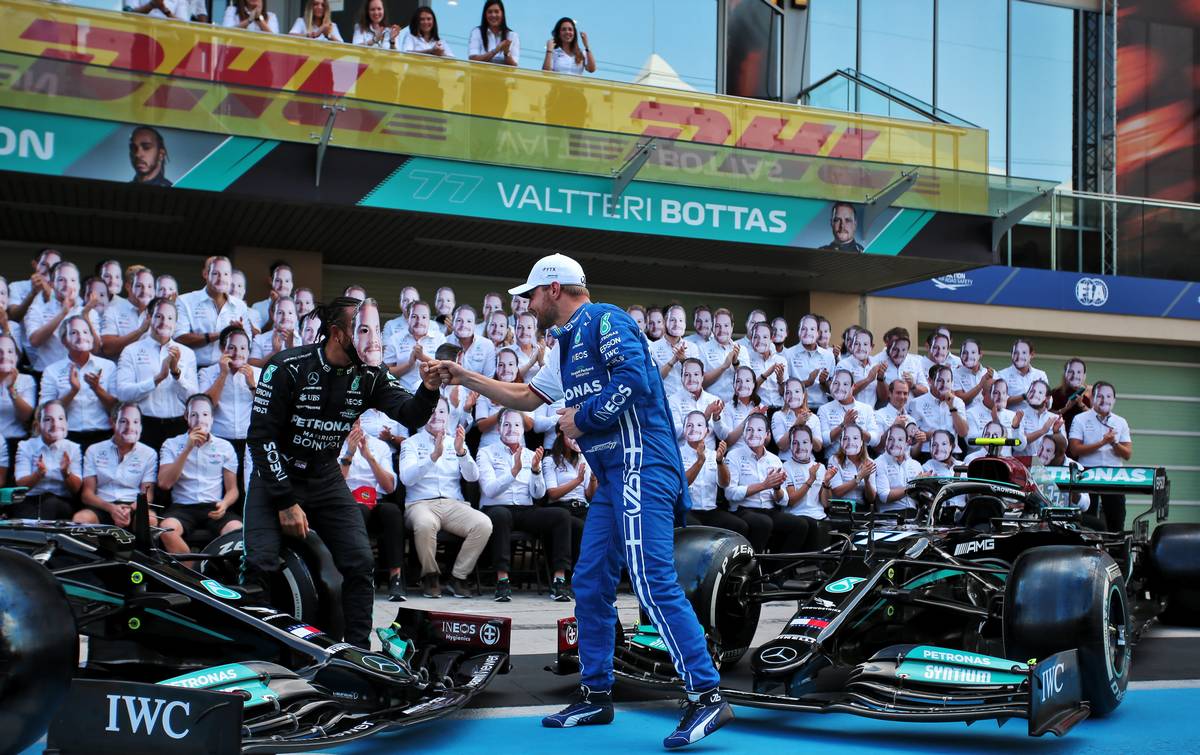 This was not the season that Mercedes had been expecting. After their crushing victory in last year's championship, they must have thought that they were comfortably out of reach of their rivals for at least the next 12 months. The Mercedes management headed by Toto Wolff likely calculated that their margin over Red Bull and the rest of the field meant they could risk redeploying most of their research and development resources to the 2022 car, when new rules and regulation changes will present a huge new challenge to everyone (and could also leave big teams vulnerable to a smaller squad achieving an unexpected breakthrough.)

That judgement call seemed validated when the first four races of the season resulted in three wins for Lewis Hamilton and a big lead in the championship. However it just shows that you can take nothing for granted in Formula 1, where things can change in the blink of an eye and there is no room for complacency. By the time that early run of success was shown to be a mirage, it was almost too late for Mercedes to respond.

They scrambled desperately to play catch-up with the suddenly rampant Red Bull team: from Monaco to Italy Mercedes only scored one victory (at Silverstone) and it wasn't until Russia that they were finally back to reliably familiar winning ways. That fallow period left them with an almost Herculean task in the title battle. Amazingly they still managed to come within one safety car of pulling off victory in the drivers championship, and actually did retain the constructors crown. But that's a bitter sweet outcome for the team which has finally been stripped of its cloak of invincibility. It feels as though 2021 has been an abject lesson for Mercedes not to take things for granted, or to take their eye off the ball too soon. 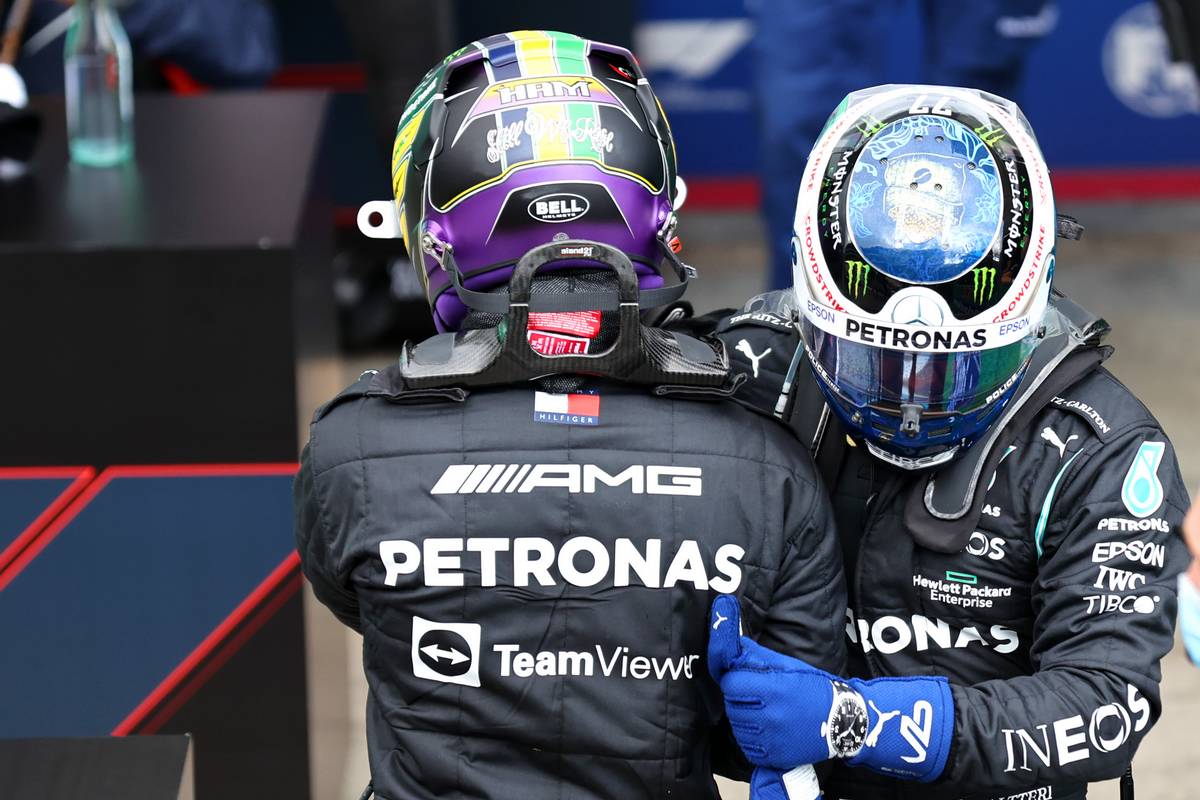 In previous years Lewis Hamilton's main rival for the title has been his own team mate, whether that was Nico Rosberg in 2016 or Valtteri Bottas in the four years since. For the last two seasons, Bottas has won the season opener to take the early championship lead that helped boost his confidence and spark momentum. But that didn't happen in 2021, with Hamilton winning the first race. After winning two of the next three Grand Prix he had twice the number of points held by Bottas. Any chance that the Finn could mount a title challenge was already dead in the water, and his primary job was now clearly to be Hamilton's support act.

As a consequence, this has been Bottas' weakest season at Brackley. Hamilton was quicker in qualifying in a comprehensive 17 of the 22 weekends, and in the races themselves Bottas finished ahead of Hamilton on just three occasions (Azerbaijan, Austria and Turkey, the latter his only race win of the whole year). Inevitably Bottas suffered a heavy defeat in the points share, although it was not quite as one-sided as that between Max Verstappen and Sergio Perez and Bottas was still able to comfortably fend off the Mexican driver for third place in the drivers championship.

However that wasn't good enough to allow him to retain his seat at Mercedes for another season. There is a strong sense that - left to their own counsel - both Hamilton and Wolff would have much preferred to preserve the status quo at the team for at least one more year. But Bottas put in too many anonymous performances this year to justify not giving the nod to the eye-catching George Russell, and the decision was finally made by the team as a whole to turn the page. With Bottas now Alfa Romeo-bound, it means that Saudi Arabia is probably the last time we'll see him on the podium for a very long time. Maybe ever. 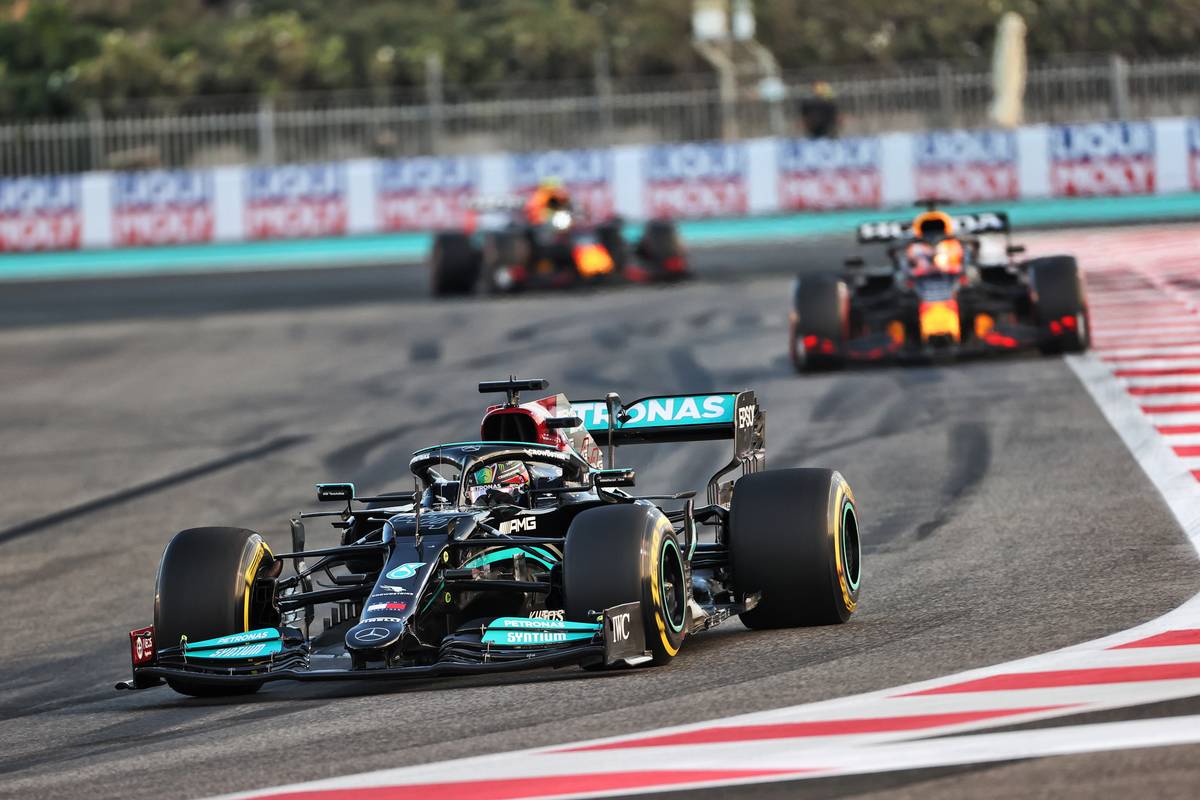 How 2022 is looking for Mercedes

The last 90 seconds of the Abu Dhabi Grand Prix were shattering for Mercedes as a whole, and it's even been suggested that Lewis Hamilton is now so disillusioned with the way the sport is currently run that he might walk away altogether over the winter. We hope that doesn't prove to be the case - and in all honesty don't believe it will be - but it would be a massive, possibly insurmountable setback for the team if it were to happen.

Even if Hamilton returns and is back in the saddle in Bahrain, will the events of Yas Marina leave a long-term effect on his will to win, after pouring his heart and soul into this year's fightback only to come up short? And how will he take having a young, hungry and undoubtedly talented new team mate alongside him in the garage, nipping at his heels on the track rather than being content to play loyal wingman?

Along with the technical challenges faced by the team as it created a new car, it's startling to look at the situation and think that Mercedes might be going into next year not only no longer clear favourites for the titles, but possibly even as slight underdogs for the first time in the modern hybrid era..