Carlos Sainz has named three specific F1 drivers who are his favourite rivals when it comes to battling wheel-to-wheel on Sundays.

The Ferrari charger - who finished fifth in last year's Drivers' championship as the first non Mercedes or Red Bull driver - unsurprisingly singled out Charles Leclerc, his former McLaren teammate Lando Norris and George Russell, whom he is likely to fight with more often in 2022.

"I just enjoy battling guys like Charles, Lando and George when he will get the Mercedes next year," said the Spaniard.

"It’s a generation of drivers that, even if I am not exactly the age they are, I just enjoy fighting with them.

"I think they are on a very good level, but in a way they also manage to keep it clean on track and put together good battles.

"This year, if you look at the midfield and the way we have managed to behave ourselves and race, it’s been really positive.

"Let’s see next year if we are all fighting for higher stakes if we can keep it that way, because personally I enjoy it a lot. But I feel capable of fighting anyone, for sure."

The prospect of the Scuderia achieving strong gains in 2022 could position Sainz among F1's front-runners from the outset.

Last week, the 27-year-old shared his views on what he expects from Ferrari's 2022 car into which the House of Maranello is channeling all its strengths but which Sainz fears will be fast but "difficult to drive". 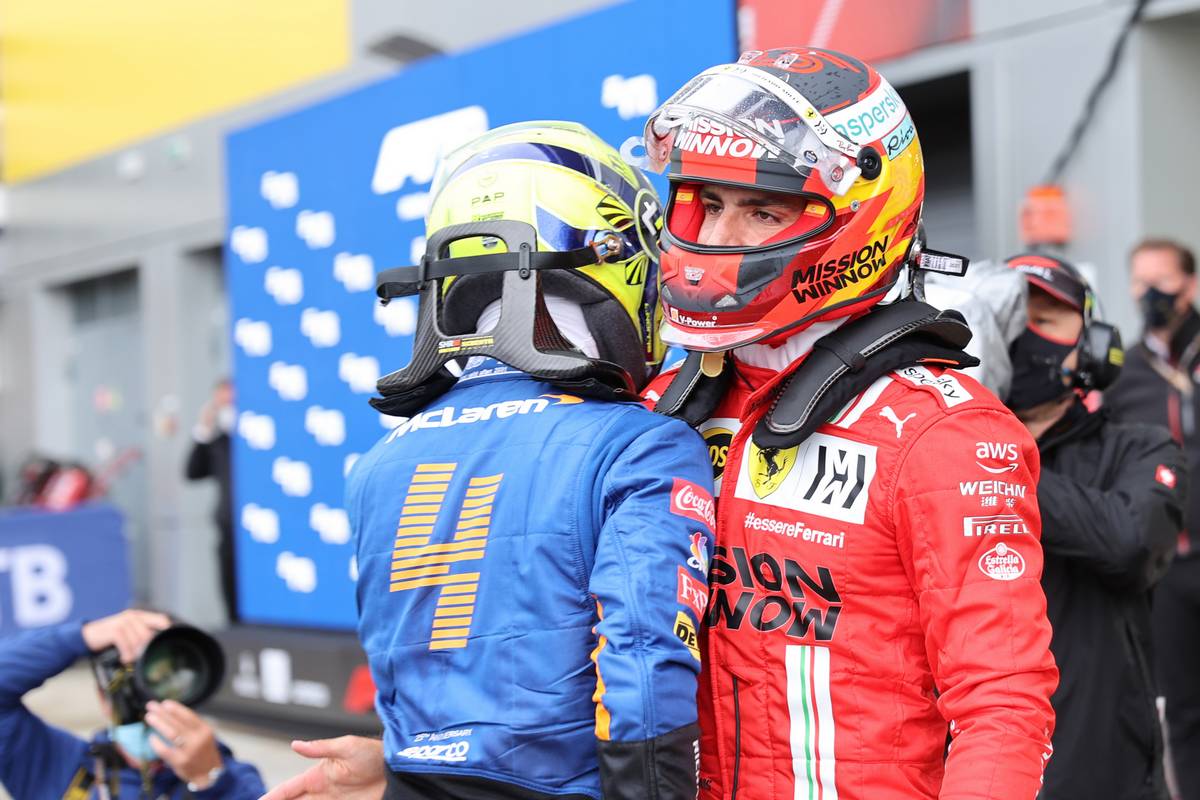 "The rest I put it on myself, I adapt well to any car and I work it out in the simulator. I have tried the new car [simulator], it is very different in the way you drive it.

"It will be difficult to drive, very different, for example not so comfortable in the balance in the corner. And it will be fast, but difficult.

"Next year I would like to fight with Ferrari to be at the top and I would love to have that feeling of being in the battle for my first win and also for a championship.

"Whether it’s going to happen or not, nobody knows, but we would like to fight for wins."