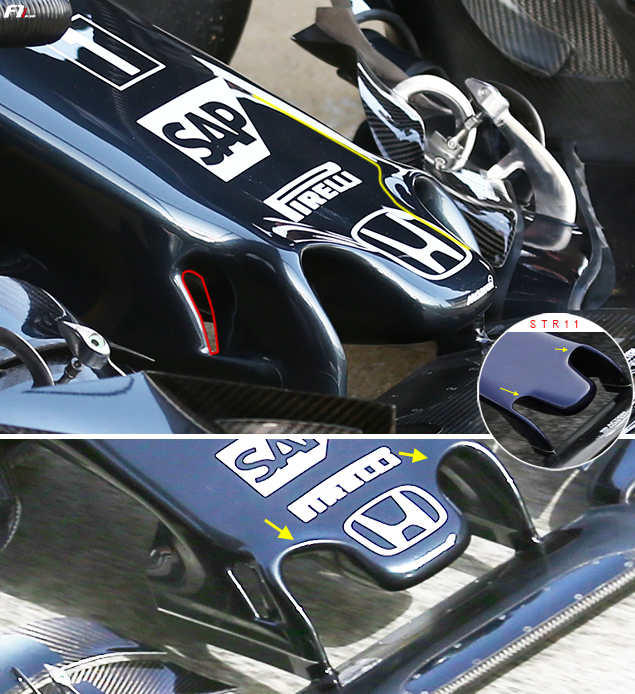 A SCULPTED NOSE AND LOWERED SUSPENSIONS

While seemingly similar to the 2015 design, the McLaren-Honda MP4-31’s nosecone does include several small novelties. Instead of being flat, the nose has been hollowed out from its pointier protruding thumb tip up to where the middle of the SAP logo sits (see yellow outline), which gives the layout an original concave shape.

The edges connecting the tip to the front wing pillars used to be horizontal; they now are arched as on the last two Toro Rosso chassis. The rationale behind the slight tweak is to further increase the volume of airflow under the nose.

The front wing mounting pillars have been very carefully designed, considering their aerodynamic purpose is at least as important as their structural function. Thanks to their slightly elongated profile, the pillars create a sort of tunnel that channels the airflow coming from the front wing’s mandated 500 mm neutral section and travelling towards the under nose turning vanes, the splitter, and the sidepods.

The upright slits that have appeared on each side of the pillars are unprecedented and help better guide the airflow towards the vanes. Their inner face has been carefully sculptured and channels part of the airstream towards the ‘S’ duct system, which has a more aggressive layout compared to last year’s initial version.

The front brake ducts still are horseshoe-shaped, though they now sport an extra fenced inlet that draws inspiration from a similar Mercedes design. 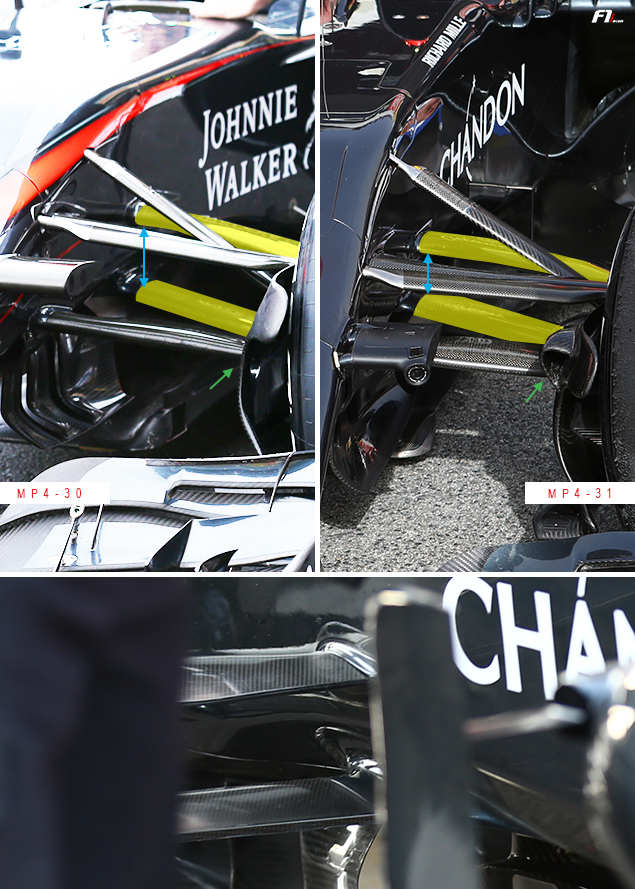