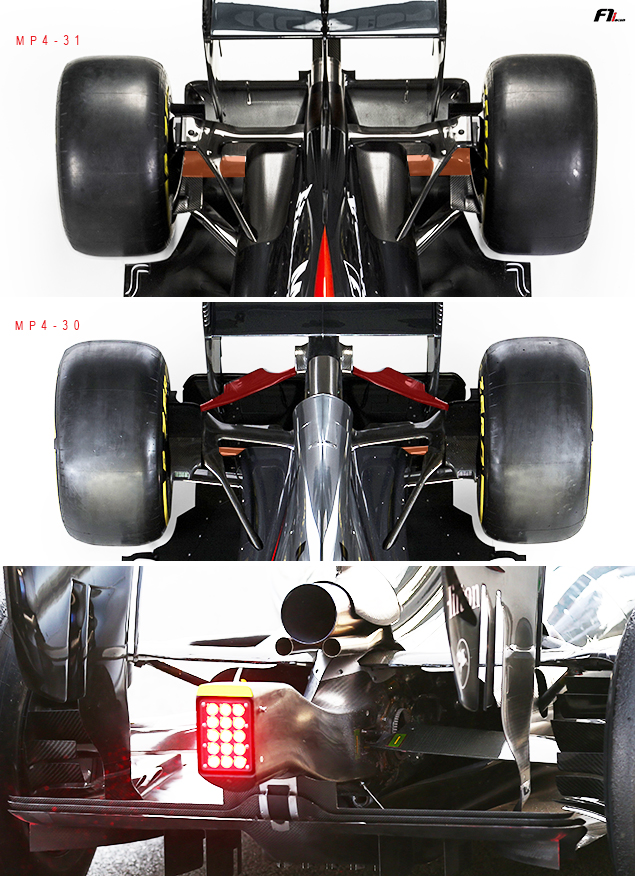 Despite its radical DNA, last year’s MP4-30 kept its predecessor’s mounting points at the back. The lower wishbone remained far behind the driveshaft, while the 2015 McLaren design could also still accommodate aero elements like the so-called ‘mushrooms’ and ‘bells’ (they were never run though). Prodromou joined the team in September 2014, so he was not able to modify the rear suspension up until the 2015 Abu Dhabi Grand Prix.

The latest layout is more conventional, with the lower wishbone being brought forwards to the gearbox and now lodged in a casing that also houses the transmission shaft. Thus, McLaren has better integrated the wishbone, which now obstructs the airflow less in this key area of the rear end.

The other major change can be found in the rear wing, with McLaren having gone for a different design philosophy for the endplates. Two very sculptured notches have replaced the seven vertical slots that featured in the lower part of the MP4-30’s endplates, a design that once again draws some inspiration from Mercedes.

A long vertical slit has also been added but while this is a first for McLaren the solution has already been seen at Red Bull, Mercedes, Ferrari, Force India and Toro Rosso.

The endplates also sport four other openings that sit right underneath the wing’s main board. By letting air flow from the outside to the inside, these apertures help even the pressure on each side of the endplate, thus curbing the intensity of the vortices that appear in the area where the endplates and main board meet. The serrated strikes (which have also appeared on the Williams FW38) have been replaced with continuous ridges.

Finally, as on last year’s Toro Rosso, the rear wing’s central pillar goes around the main exhaust tailpipe to be attached to the gearbox casing.

Having taken technical risks and tried unprecedented solutions on the MP4-30, the renewed McLaren-Honda partnership has extended and developed this audacious concept on its successor. Doing better than last year is almost a given but making only little headway will not be enough to vindicate the radical technological choices made over the past couple of years. 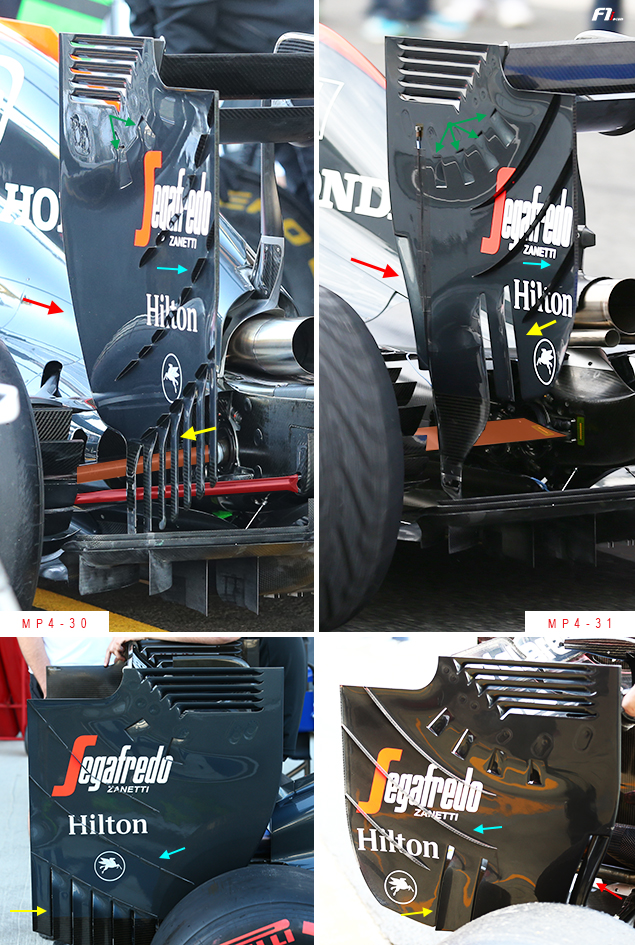