F1i technical expert Nicolas Carpentiers provides you with images and explanations about the new McLaren-Honda MP4-31, which has been tasked with recovering from a disastrous 2015 campaign for the two partners 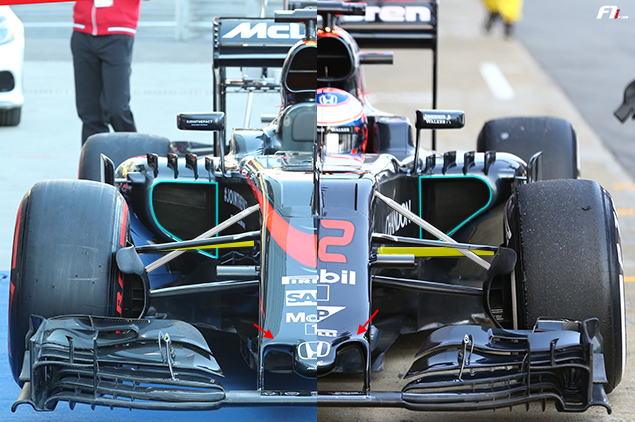 McLaren’s reunion with Honda was initially surrounded by plenty of hype, born out of the glorious memories from the golden 1988-1991 period. One thing has perhaps been overlooked though. In 1988, when the two partners won their first title together, the Japanese engine manufacturer had already been using and fine-tuning its V6 turbo for six years.

Last season’s nightmare has clearly poured cold water on the team’s hopes and forced Honda to revise its power unit, while still unlocking the most out of McLaren’s ‘size zero’ philosophy. Noticeable improvements are expected and the initial patience has nearly vanished.