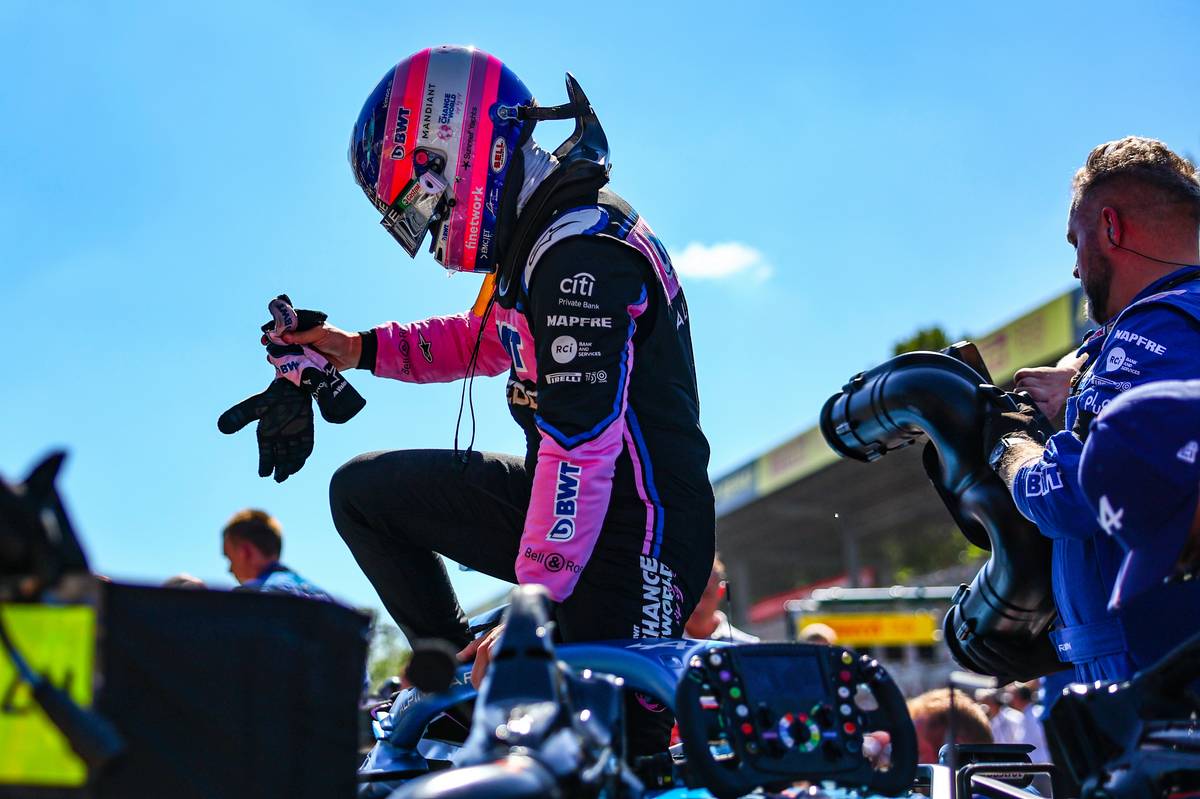 Fernando Alonso
"It was a challenging race today and we seemed to be finding it difficult to keep up with the cars ahead of us on the straights. We then had to retire the car with a suspected water pressure issue, but we still need to investigate why this happened. We were fighting inside the top ten and I was hoping we could see the chequered flag inside the points, but it wasn't the case today. It's been a long three weeks; the team has worked very hard and deserves a short break. The good news is that we are still ahead in the fight with McLaren for fourth, so we go to Singapore with the aim to be in the top ten again."

Esteban Ocon
""The fans, and the celebrations for the 100th anniversary of this historic track, didn't deserve the race to finish the way it did today, as it would've been fantastic to see a fight on the last few laps, but unfortunately, as Ricciardo stopped so late, in accordance with the regulations we had to finish the race behind the Safety Car. As for us, our race was reasonably good. Pierre started from fifth position and finished eighth, he struggled a little bit with understeer on the Hards, but generally speaking – and also considering the performance of the cars in front of us – this was the best possible finishing position we could achieve today. Yuki started from the back of the grid, therefore it was not so easy to overtake cars, nevertheless he managed to do this well. We called him in during the Safety Car for the Softs, as we thought he would have a good chance with the new tyres, if the race was restarted, but unfortunately this was not the case. He could only finish in P14, but in general, Yuki had a good race weekend. Overall, we scored four points here, which is positive as we have closed the gap to Haas in the Championship, so we now need to keep this momentum, from Singapore in a few weeks, until the end of the season."

Otmar Szafnauer, Team Principal
"We're certainly disappointed not to have scored points at today's Italian Grand Prix with Esteban narrowly missing out in eleventh and Fernando retiring from the race while in a competitive position. It looks like we lost water pressure on his car, which meant he had to stop, and we'll do our normal investigations to find out the cause and the solution for the future. On Esteban's side, he put himself into a strong position during his second stint – lapping one-second a lap quicker than those ahead - and would have been in contention for points before the final Safety Car at the end. It's a pity the race did not end under a green flag, and I'm sure we can find better ways to improve the spectacle of racing in these kinds of scenarios. As a team, we should reflect on the positives and, if we look across the triple header, we've come away with 26 points, which is a good effort and very valuable for the championship. We'll come back stronger for Singapore at the end of the month where we have further upgrades coming to the car."