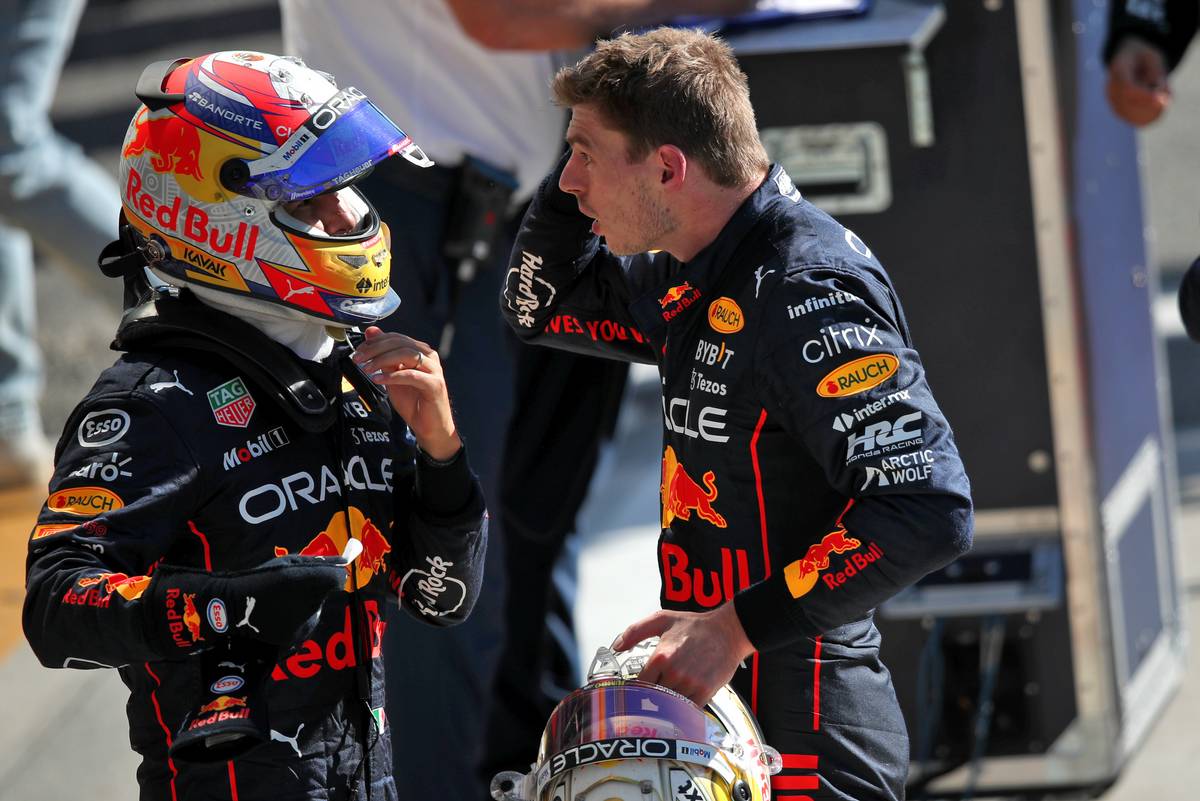 Sergio Perez
"My race got compromised fairly early when my front right brake disk got super-hot and was basically on fire, so we had to make the decision to pitstop. The first laps on the hard I couldn't get any temperature into the tyres because I had to lift and coast, I was losing a lot of lap time and my first stint was compromised. That affected my whole race and I had to massively manage my breaks, it was critical at that point because I could have lost them and had to retire the car. In the end we boxed thinking we could get Lewis back on the softs but unfortunately the safety car meant we didn't get the chance. I had better tyres than Lewis so it would have been good to get the restart but unfortunately that wasn't the case. For me it wasn't a good weekend and we have plenty to do, I am back on the simulator tomorrow and trying to get back into a good rhythm straight away."

Max Verstappen
"The first lap I had to be careful but we had a good start and were clean through the first chicane and for me that was the most important thing, to stay out of trouble. Then we were very quickly back up to P3 and even into P2, then I could set my sights on Charles and I could see we had better tyre degradation. Overall if you look at the pace of our car this weekend, especially today, I think we were strong. The pace was good on every tyre and we were comfortably the quickest on the track. You have to try and be as perfect as you can be and on most occasions this season, we have been pretty good."

Christian Horner, team principal
"We would have liked to have seen the race play out today, we certainly didn't want to win under a safety car. We believe there was enough time to get the race going but the safety car picked up George Russell which delayed proceedings. Despite that, we believe we had enough pace in hand on the one stop strategy. Checo had to pit early because there was a flat spot, a lot of vibration, then a bit of debris got into the ducts which caused a small fire, but his recovery from there was great. Fastest lap for Checo too so important points for him and the team. Max was yet again so impressive, even if they had the fastest car, I'm not sure if anyone could stop Max today. The whole team has been performing at such a high level all season and our performance all weekend has been brilliant. We know we compromised quali slightly yesterday but it paid off. More challenges lie ahead with Singapore and beyond so we look forward to that. Ultimately it was a somber race for obvious reasons but we are happy we could bring home the win with Her Majesty's insignia on the nose of the car and we dedicate the victory to the life and memory of HRH, Queen Elizabeth II."