In the 11th and final chapter of his ‘A closer look at’ series, F1i technical expert Nicolas Carpentiers dissects the Manor MRT05. Now powered by a Mercedes engine and entrusted to the hands of F1 rookies Pascal Wehrlein and Rio Haryanto, the minnows’ latest challenger features a few other interesting novelties. 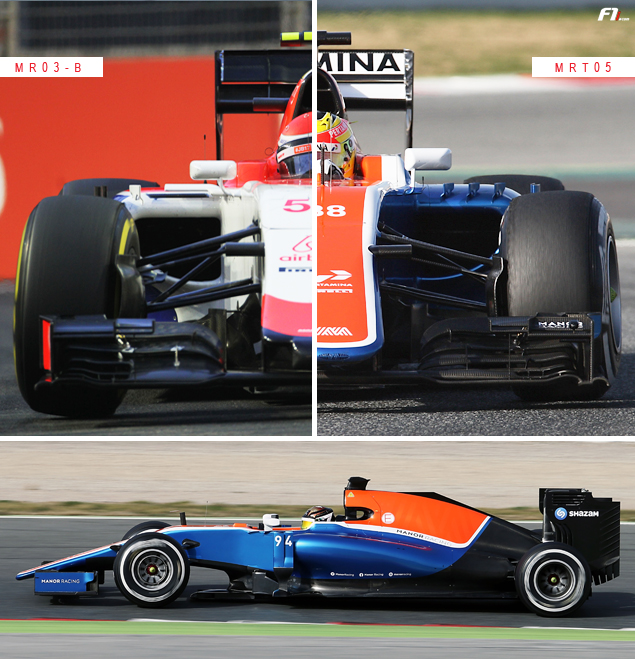 While Renault and Toro Rosso’s efforts to insert a new power unit in their chassis over the winter have been well documented and much lauded, Manor deserves to receive similar praise for its work on the MRT05. After racing an upgraded 2014-spec Marussia MR03 last year, the British outfit has managed to produce its first new car in two seasons, and under tough conditions: change of ownership; senior management overhaul; sale of its Banbury base to the Haas F1 Team; and a late Mercedes supply deal. Despite this set of challenges, technical director John McQuilliam is confident the MRT05 represents a major step forward in the young team’s short F1 history.

“Even at this early stage of the game, we can easily say this is the best car we’ve ever launched,” said the British engineer, who started his career at Williams before working for Arrows, Jordan, Midland, Spyker, and Marussia. “Certainly the most developed, the most ambitious and the most aggressive. The overall package is a very significant step forward, not just from last year, but from any of the cars from our stable.

“We’ve carried over the 2015 fire extinguisher ... the rest is brand new. Some 3393 different parts in fact, and that’s just our in-house components. We delayed the monocoque programme to wait for the new Power Unit, which was well worth waiting for of course.”

Like the Marussia MR03 and Manor MNR1 (the latter was designed all the way up to a windtunnel model, but never actually built), the MRT05 is a McQuilliam brainchild with the help of ex-Toro Rosso chief designer Luca Furbatto, who joined the team last summer. However, the latest Manor charger could not initially benefit from the expertise of former Ferrari men Nikolas Tombazis and Pat Fry, who only arrived in January 2016.