Sonia Irvine seems to have carte blanche to go into any team facility at any track and everyone is always pleased to see her. Because we’re talking Formula 1, it can only mean one thing: she’s got something they want. In this case, it’s passes to the Amber Lounge parties that her company organises at several Grands Prix throughout the season. The F1 drivers don’t pay for theirs as they are part of the attraction for the sponsors and high-rollers who are happy to shell out for the hottest tickets in town. However, Ms. Irvine’s early days in the sport were far removed from night life and millionaire party people. The clue is in the name and in the distinctive Northern Ireland accent and a slight physical similarity to her more famous brother, Edmund “Eddie” Irvine.

I caught up with Sonia, as she was working the Bahrain paddock, persuading F1 drivers to take part in the now famous Monaco Fashion Show, which takes place on the Friday of the race week there and pulls in plenty of cash for charity. 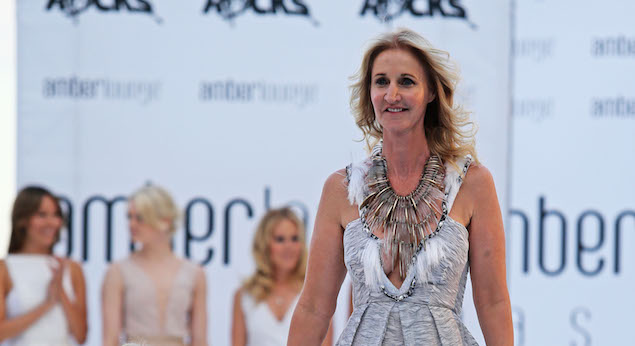 How many years have you been in this F1 paddock now?

Goodness. I’ve been in the paddock now...it must be coming on for 20 years. I came in as physiotherapist to my brother Eddie, Edmund. That was when he was at Ferrari.

He could be a bit difficult at times?

I don’t know if difficult would be the right word. Amusing, entertaining, extreme.

I always felt sorry for you because he’d occasionally get a bit iffy with me about something but because you’re related by blood, you’d get the worst of it.

He did but I mean, listen, there were amazing times there and then there were seriously hard times as well and I suppose whenever you’re family...and I was the one that he trusted the most, I got the brunt of it, but honestly Eric, I saw that as part of my job that when he needed to let off steam and shout and do whatever, then I was there and that was part of it.

You started as his physio…

I can remember my first race in Australia; Edmund was shocking at introducing you to anybody and I’d never been in Formula 1. It was, as I say the first race, I walked into the garage and there’s these 60 Italian engineers who just stopped everything, turned and looked at me, looked at my head, looked slowly all the way down my body to my feet and then all the way back up again and I looked at them all and thought “we know where this is going, don’t we?”

That was your introduction to Italians! You must have been interested in sport in general if you were a physio because most physios are in some way and obviously Edmund, you knew he was racing, you didn’t live in a bubble, but were you at all interested in it?

Yeah, racing was in our family. My dad used to race. Not to the same level as Edmund did of course. We’d go to Silverstone, to Brands Hatch. We’d go to the different race tracks, not that my parents could ever afford to pay for everybody going in, so Edmund and I would get in whatever way we could, dig up the fence, climb over the fence or attach yourselves to adults who had a free pass so we’d get in whatever way so it was always in our blood, always, always. Did I ever think I’d come into Formula 1 as a physio? No. But listen, I’m so grateful. 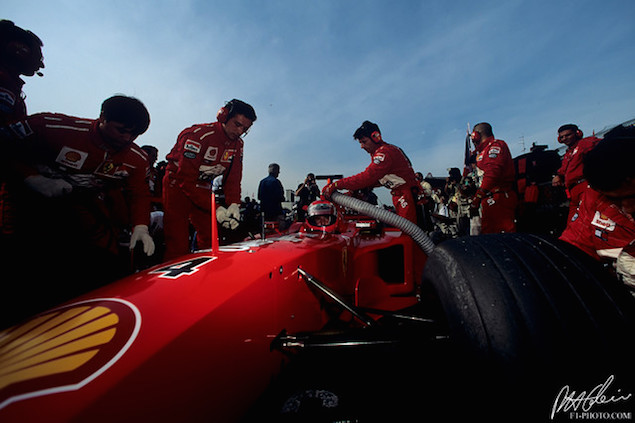 How did he persuade you?

I’d come to a point in my life where I’d done physio. I’d always pushed myself so hard. I was working in the NHS during the day. I managed a physiotherapy department, specialised actually in elderly care, in gerontology, which was super stimulating. Then I did a sports clinic seeing patients before I went to work and then I’d see more when I came home from work, so I was always doing sports as well as the gerontology. Then I decided I’d had enough, all I ever did was work, and I went backpacking. I was actually in Australia and I can remember Edmund called me and he goes, “God, you’ll never guess where I am”. I go “No idea”. He goes, “I’m outside Ferrari, I’m about to sign for Ferrari.” I went, “Jesus! That’s amazing!” He said, “Do you want to come and be my physio?” I said, “Well, how much are you going to pay me?” And then that was it, we just sort of started working together and I was the first female physio in Formula 1.

What was it like being a woman at Ferrari? Italians can be a bit chauvinistic.

Do you know what? I laid my cards on the table at that first race. There was a certain episode, something that happened, and I did what I felt was appropriate and I never really had any problems after that. They treated me brilliantly. Edmund sold me off very quickly to them to be the Ferrari physio as well, so that they’d pay my flight and my hotel room.

“My brother sold me to Ferrari!” That’s a good headline. You could have made a fortune out of that one in a tabloid newspaper. And Eddie was team-mates with Michael Schumacher who had his own physio.

But I treated Michael a few times as well. I learnt so much there. And it was amazing working next to Michael. He was such a professional. Edmund and him, they really did have fun together as well. I’d often see Michael in the gym and he’d turn around and say, “I see you’re doing the training for your brother” because Edmund hated doing the gym. 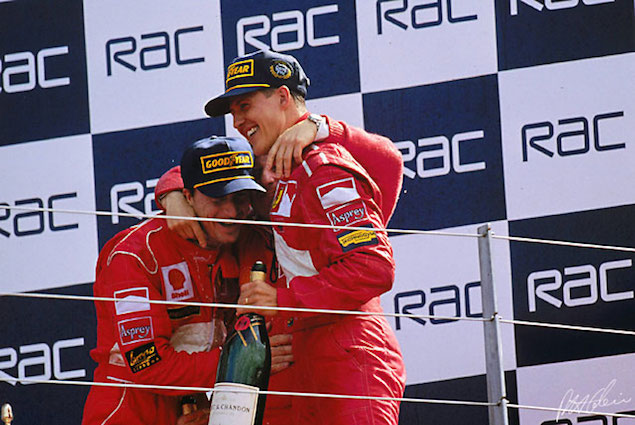 But you moved on from being simply his physio, to pretty much running his life...

Yeah. It just got to the point where there’s so much time in Formula 1 and you’re away so much, that I was finding it boring. I’d gone from managing a physio department and having my own private practice and working probably 14, 15 hours flat-out a day. I just had to do something else. So I then started looking after his race diary, looking after him for the press, because he was interesting for them. He’d go out and he’d say whatever he thought, whatever was in his head and then he’d come back and then you’d have to deal with all of the consequences. I learnt so much. Then we did the book and the film (Eddie Irvine, Living the Fast Life) as well. I was director of that and put all that together.

That film is legendary, a great insight into his life at the time. It had its unintentionally funny moments too. I have a non-speaking part for about 5 seconds and I’m also off camera getting an almighty ticking off from Eddie on the phone.

The film was great and taught me a lot and I learned about having to negotiate with Mr Ecclestone on the rights and getting the right team together because Edmund was special. They wanted to send down a team of six people and I knew they’d never get the right documentary if they did that with him. In the end we had just two guys who followed him around. I think the documentary was great. It was really an insight into how Edmund was as a person.

Moving on then, I ended up doing everything. I took on even more stuff and I suppose after four years, I’d got to the point where I was maybe doing too much. I’d lost my passion for physio and I just felt it was time to go and do something else.