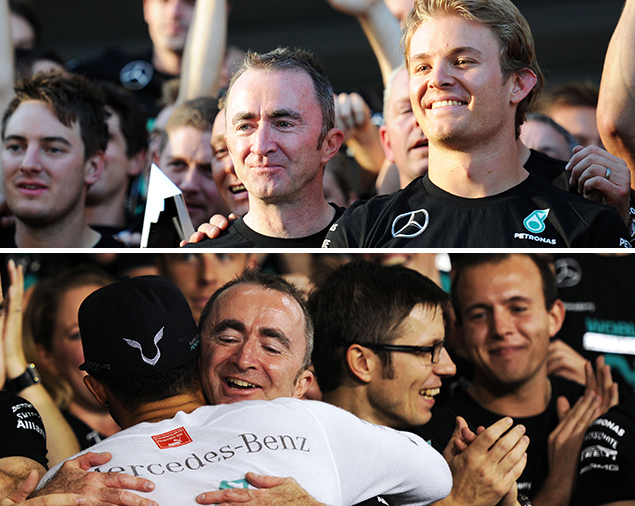 ‘A HOBBY CALLED FORMULA ONE’

If team spirit is the name of the game between Mercedes’ factories in Brackley and Brixworth, things can get a bit trickier at the other end of the spectrum with Lewis Hamilton and Nico Rosberg engaged in a fierce championship battle. As executive director, Lowe must intervene on the human side of things. He and Wolff have come up with a code of good conduct in order to regulate their drivers’ sometimes strained relationship.

“The work around the drivers is shared with Toto as well. Between the two of us, we decide our approach for the drivers in terms of the principles to be applied in the team, what we call our ‘rules of engagement’ which sets a kind of sporting framework of how we want the drivers to conduct a race week-end.”

The concept might look naïve, even foolhardy if viewed from a constructor’s standpoint. Other teams have been more direct in granting a number one status. Drivers’ feelings certainly cannot be managed like electronics systems, but the Mercedes method has proved to be a good compromise between team discipline and freedom to race. What’s more, Lowe explains that differences between the swashbuckling Hamilton and cerebral Rosberg in terms of driving styles are actually fairly minor.

“People love to exaggerate the characters. It’s a bit like when people draw cartoons, they always emphasise the size of the nose, but when you deal with the real people it’s different.

“In reality, our drivers have very different characters as human beings, they have different approaches to life, different kind of backgrounds, and that’s really interesting.

“In terms of how they are in the car, the differences are much smaller, they run very similar set-ups. I have seen much larger differences between drivers in my career.”

Renowned English novelist J. G. Ballard once said: “If their work is satisfying people don’t need leisure in the old-fashioned sense. No one ever asks what Newton or Darwin did to relax, or how Bach spent his weekends.”

Still, we venture to quiz Lowe about his past times, well aware that those involved in the business of speed rarely have the luxury to have their weekends off.

“I’ve got a hobby that is called Formula 1 [laughs]. I’m an amateur photographer. In fact I’m an award-winner photographer… only from a very small place like my village competition, but still I won the prize!”