In his latest portrait series feature, F1i's technical expert Nicolas Carpentiers sits down with Mercedes executive director (technical) Paddy Lowe to hear his thoughts on his team's success, power unit integration... and being an award-winning photographer

From stability comes innovation. That is one of the paradoxical laws ruling the world of Formula One. When one suggests to Paddy Lowe that he has had a greater input on designing the new Mercedes W07 than its less radical predecessor, the executive director (technical) shies away from the spotlight. Unsurprisingly.

“This is really a team effort that comes from a multitude of sources within the company in Brackley [chassis department] and also in Brixworth [power unit],” Lowe told F1i. “What stable regulation drives you towards ironically is a high level of innovation, because there is no easy path to keep pushing the envelope. You have to dig deep and go into detail.

“I would like to applaud the team for responding to that. It’s exactly what we asked them a year ago, because we knew it would be difficult to find gains under stable rules. I’m particularly proud of our floor solution, the large bargeboard area, that we call ‘floor W’.” 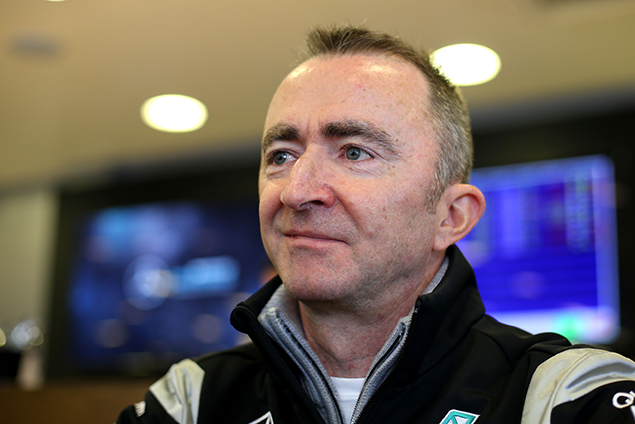 Lowe’s discretion should not make one forget that the Cambridge graduate in engineering has been one of the most creative F1 minds since he started his career at Williams in 1988.

Behind the grey-blue eyes and bushy brows lies a man who turned the Grove-based outfit into a pioneer in the fields of active suspension and traction control, which then helped Nigel Mansell and Alain Prost to the 1992 and 1993 world titles.

Having moved across to McLaren to head Woking’s R&D department, Lowe came up with the steering-wheel clutch paddle with Mika Hakkinen, while also developing the power-braking and brake-steer systems, though these were quickly banned. 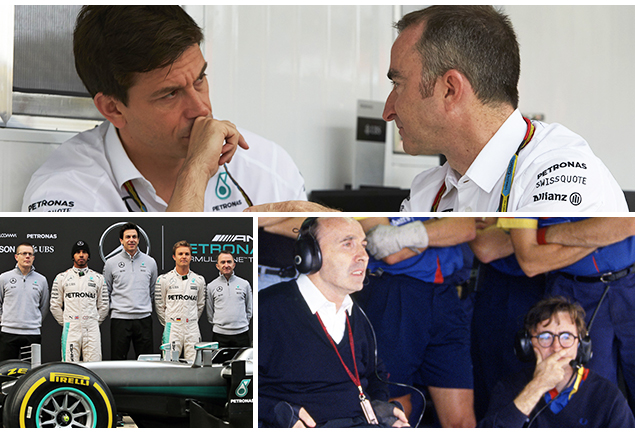 At that time, F1’s technical regulations offered a greater scope for engineers to develop original concepts.

“The sophistication of the engineering we have in Formula One is now such that if you gave any freedom on the regulation, we have absolutely no problem to implement it almost instantly, which wasn’t always the case in the past,” Lowe added.

“When I worked back in the late eighties, early nineties, it was very much the other way. The technology in the sport was behind the technology being used in the aerospace industry, even in the regular automotive industry. For instance, the introduction of an ECU [to control the chassis] was around 1990 while they’ve had this in use on aircrafts for many years.

“A lot of that was just simply a matter of resource limitation; the teams were quite small. When I started to work in F1, for Williams, there was around 15 engineers altogether, now we have around 400. This general inversion from technology-limitation to rules-limitation came probably ten to fifteen years ago.” 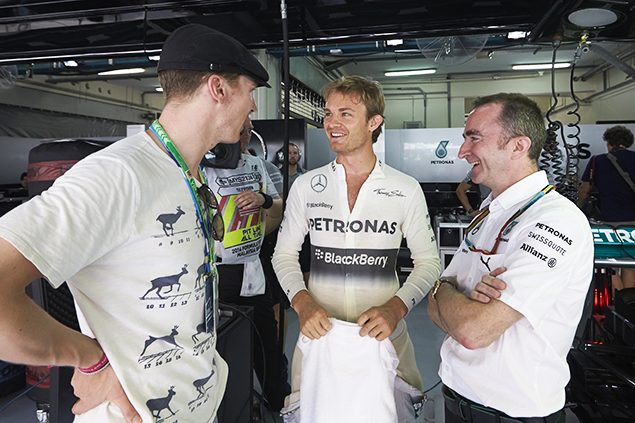 Stricter technical regulations in grand prix racing do not mean the end of innovation and Lowe ought to know this. In 2011, when the exhaust blown diffusers were all the rage, McLaren designed the fan tail exhaust system. But while the concept looked promising on paper, it had to be scrapped before the season opener due to its structural weakness. When Lowe joined Mercedes, one of his first priorities was to make the Silver Arrows more reliable while continuing to bring innovative upgrades. There is a fine line to tread.

“We challenge people for what we need, we sometimes try to be specific in terms of performance that is necessary, but we also manage risk. This is something that I’m constantly monitoring: not at the degree of innovation that is, but how well the risk is managed.

"You can bring out a range of innovations that are misjudged because they are too extreme, they may not deliver, they are irrelevant. Finding that correct balance is one of the key roles of the senior technical management.”