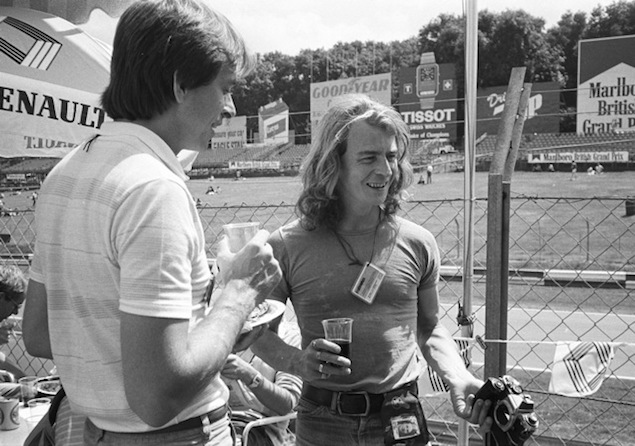 Obviously, the equipment’s improved, has that compensated for the fact your access is worse?

In those days, it was film, not digital, which meant that you probably finished work at three o’clock in the afternoon because you got a roll of film, you couldn’t process it, you couldn’t do anything with it. There was no telemetry. Drivers didn’t have computers to look at or to discuss. Immediately after second practice, they’d leave the circuit and so would we.

Journalists would stay. We’d always say you could tell the photographers, you had the better tan because you’d be on the beach with the girls.

The drivers left the circuit and there was nothing to take pictures of so we all left.

The digital age, it’s made life more full-on for journalists but for you photographers, it’s really changed. You used to leave the track and now you’re here later than us.

Yes, until it got to a Sunday, race day, as you took the picture of the podium or the chequered flag, leapt in the car to drive back to England or to fly back. If you got back to England at 10 o’clock at night, you then went and had your film processed, which would be one o’clock in the morning by the time you got it back, You then had to sit there from one o’clock in the morning till whenever, editing pictures to make copies of.

Then you had dark room guys there who would make copies of them. You’d have to make the copies, process them, so that’s another two hours. Next, you’d put them all in envelopes to send off to various agencies or magazines after which, you’d end up normally on the Monday morning, about seven o’clock at Heathrow airport dropping packages off at cargo terminals to send them back out again. So actually, a Sunday in those days involved being awake from Sunday morning till Monday morning.

On the long-hauls, it always used to be a case of finding friendly British Airways crews to take bags of film back.

Yes, or marketing people. It’s surprising how many people do go back on a Saturday for whatever reason. In that way, film made our job a lot harder but only on a Sunday, really. 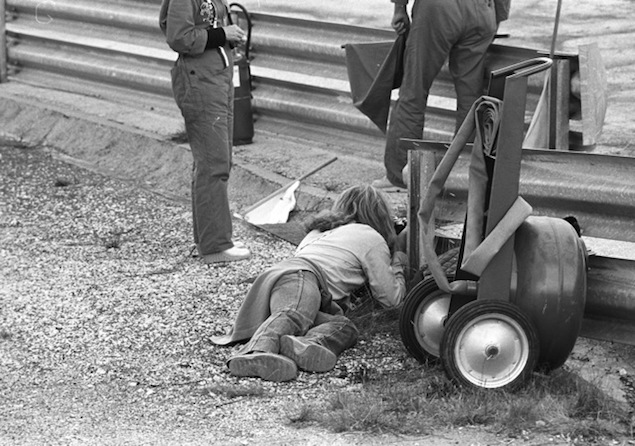 Getting back to the fact you used to be able to stand near the track, did you have any scrapes? Any flying wheels come near you?

Zandvoort. At the first corner there it was tradition and actually the only good picture on the outside of the track was at the first corner and all the rest of the good pictures were on the inside of the track. It was tradition then that all the photographers would go to the outside of the track on turn one, and when the last car passed, all the photographers would run across the track to get to the inside. Quite often, you’d see lenses being dropped and people running back and getting them. I can’t remember what the lap time was but if you got it wrong... One year, there was a huge accident at the first corner  there. A car hit the tyre barrier and tyres flew up in the air and landed on top of all the photographers. And then obviously there was a big panic - have I got time to cross the track because now I’m covered in tyres?

Life in general, we were a much smaller group then. You knew everybody. You mentioned Alan Woollard and you knew Bernie. They knew what you were doing.

You all went out to dinner together. You all went out drinking together whether you were drivers, team managers, photographers, journalists. It was a very friendly community and drivers were allowed to be themselves. They didn’t have to have this corporate attitude that they have now.

I suppose if you wanted a photo of a driver, you just asked him. You didn’t have to ask press officers.

No. In fact, I hardly knew who the press officers were. They certainly didn’t walk around with the drivers at all. 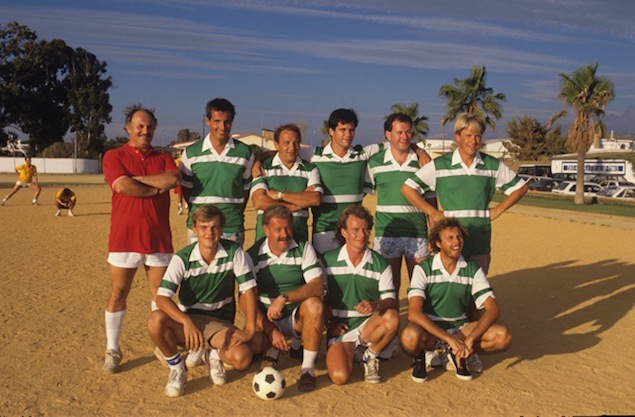 You managed to combine football and Formula 1 famously when Nigel Mansell was the cause of a quite serious injury for you.

That was Jerez. There was a traditional annual football match between the media and the drivers. Nigel, I didn’t get on with that well. We didn’t hit it off. Probably because I was actually with the journalist that went to see Nelson Piquet in Monaco to do pictures of him at home and it was where Nelson Piquet came out with the original comments about the Isle of Man and his wife. I took the pictures. At the football match we were told obviously don’t tackle the drivers hard because they’re Formula 1 racing drivers but their attitude was, in a few cases, exactly the opposite - this is my chance to get a photographer. Nigel Mansell tackled me, I flew into a bench or some chairs that were set up at the side of the pitch and split my kidney. Prof Watkins looked after me very well. I was peeing blood and he sent me back to the hotel room and he called me up the next morning and he said, “Everything alright, Crispin?” I said, “Yes, I’m feeling a little bit better” and he said, “Are you still peeing blood?” and I said, “Yes, a little bit” and he said, “Claret or Rose?” After I came back to England, he treated me at his private hospital in London completely free of charge.

And you made a miraculous recovery. Did Nigel say anything?

No, and a lot of people said to me, “You should have sued him” but it never really occurred to me. 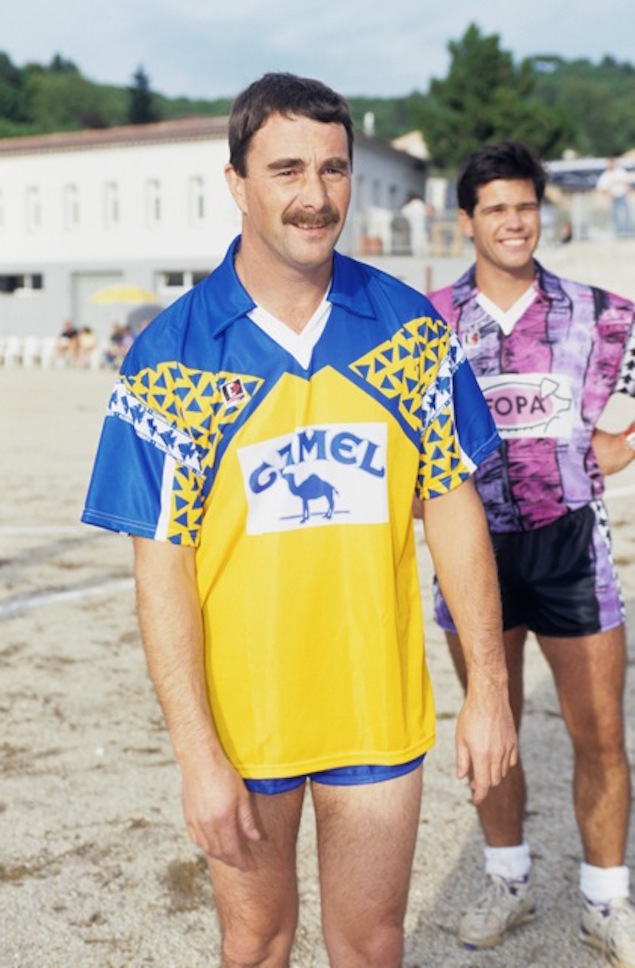 Were you particular mates with any of the drivers from the early days?

Not really that many: Derek Warwick, Brian Henton, they were team-mates at Toleman. We were on a plane going to a race once and a fan came up to me and said, “There’s those two drivers up there, I want to get their autographs. Which one’s Warwick and which one’s Henton?” So of course I deliberately told him the wrong way round. So the fan went up to Derek Warwick, “Excuse me, Brian, can I have your autograph?” Derek Warwick got to be known as Brian by half the paddock as a result of all that.