Unlike most of the people who have kindly agreed to my Sunday inquisition, today’s subject is probably someone you’ve never heard of. However, if you’ve ever read a Grand Prix report in a British newspaper at some point in the last 40 years, chances are you’ve seen some of Crispin Thruston’s photographs. By my reckoning, there are possibly a couple of snappers who started covering the sport before him, but none who still attend every round of the championship. There are rumours this could be his last season, but most of his colleagues find that hard to believe. Life in the paddock without the irascible, argumentative and entertaining Mr. Thruston, aka “Speed o’ Light” or “The Hippy” would definitely not be quite as amusing. 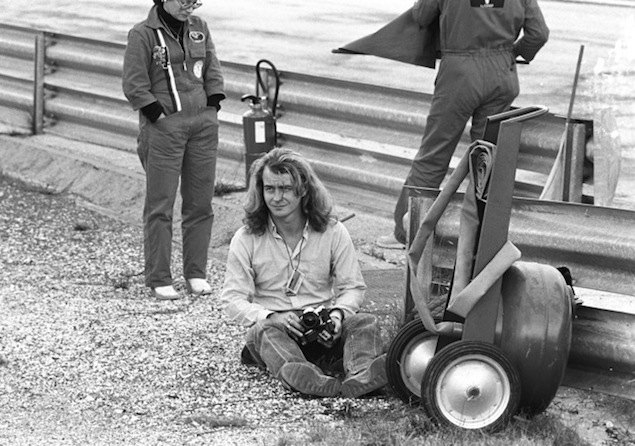 How long have you been doing this now?

Was that when you were sent there...

Sent there by a Sunday red top to follow James Hunt. “Don’t worry about the cars, just whatever James Hunt does, especially if it involves girls, do that” I was told. Quite a successful mission in the end. They were very happy because I got a picture of him on a yacht kissing Fergie. (Sarah Ferguson, Duchess of York, for those not as intimately acquainted with the Royals as Crispin.)

But didn’t you have to chase him in a boat or something?

Did he realise you were following him?

What was his attitude to that?

By that time, it was a bit like Lewis is now, I suppose - he was just used to being followed everywhere. Although he was a lot more good-humoured about it than Lewis is now. He was a fun person anyway, James. We’d go drinking in the evenings. After a couple of years, I got to know him quite well. A really nice guy. 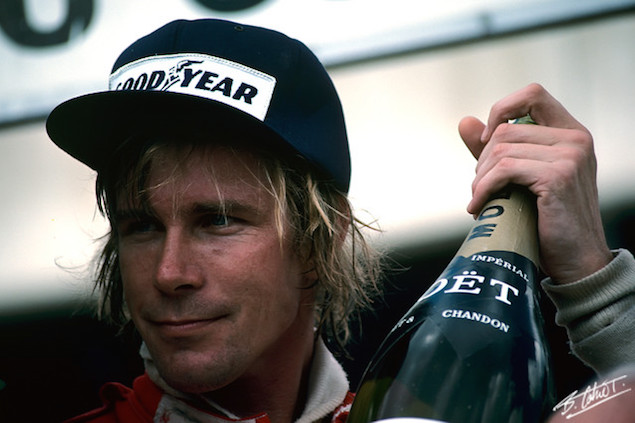 How did you get into Formula 1?

I was a football photographer but I was a real Formula 1 fan and I wanted to be a Formula 1 photographer but there was not enough work but it started with that Hunt job. It started with the Monaco thing and then I was able to get a pass through the sports photo agency that I worked for to go to odd races. I used to do Le Mans as well. In fact, my first pass in order to get to Le Mans was working for Exchange and Mart.

How does that work?

You had to have a letter from a magazine.

Oh, I see. They weren’t using any of your photos.

No. I knew someone there, I got a letter from Exchange and Mart and that was it. The French didn’t know any better. (For younger readers, the Mart was a weekly classified ads rag selling everything from cars to guns to pets. I have no recollection of seeing any photo of any kind in it.)

You’ve always worked for yourself, haven’t you?

Yes. An agency that was co-owned between myself and somebody else was the football agency. That was Sporting Pictures.

You actually employed quite a few people.

At its biggest, I think we had 12 people in total. Probably five photographers and a couple of people in the dark room and somebody doing accounts.

The offices were palatial.

They were very close to Fleet Street, which is what was important at the time. (And famous for the lifesize cardboard cut-out of Diego Maradona that would greet everyone at the top of the stairs, occasionally with a giant fake spliff stuck in his mouth.)

You obviously did the James Hunt job. How did that lead to a more permanent stay in F1?

Through the agency, I was able to get into the British Grand Prix, which I went to every year. Managed to get a few pictures published in newspapers from the British Grand Prix then started doing Zandvoort, France, the local ones that I could get to that weren’t very expensive and then I started sending my pictures to English magazines until it built up enough that I could go to the long-haul races. 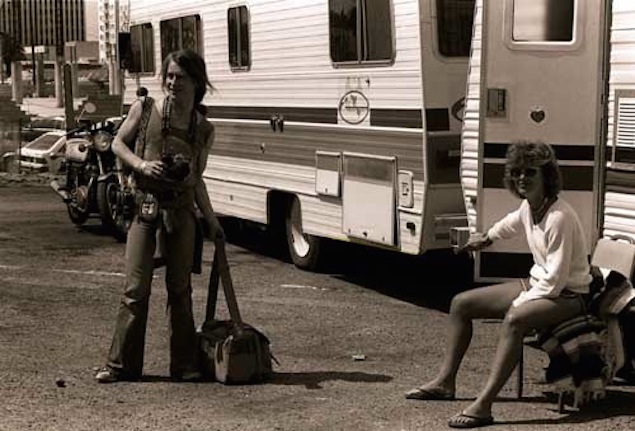 When did you start doing all of them?

The first long-haul race actually was Long Beach and funnily enough, a newspaper called me up and said, “Can you go to Long Beach and do the grand prix?” It was early 80s. And it was three days before the first practice - “Can you go?” It was very last-minute. No hotel, no flights, everything else. I called up Alan Woollard (the man who ran the paddock for Bernie and today still sorts out all the F1 freight) said “Can you help me out? I’ve got to go to Long Beach. I’ve got nowhere to stay.”

We are old, aren’t we? Then you started doing it full-time. That took over from anything else for you, didn’t it?

I was still co-owner of the agency doing football and I’m a huge West Ham fan so I carried on going to West Ham football matches when I could, but gradually, motor racing took over. Not just Formula 1, Le Mans as well.

It must have been easier to get shots then because there were less of you and you could get nearer the track.

There was no fencing. Monaco now is just fences all the way round. There weren’t any fences. The Armco was knee-high. I’m surprised that not more people got injured, actually, when you look back on it. You could pretty much go anywhere if you had a pass.

Nobody said: “You can’t stand there.”