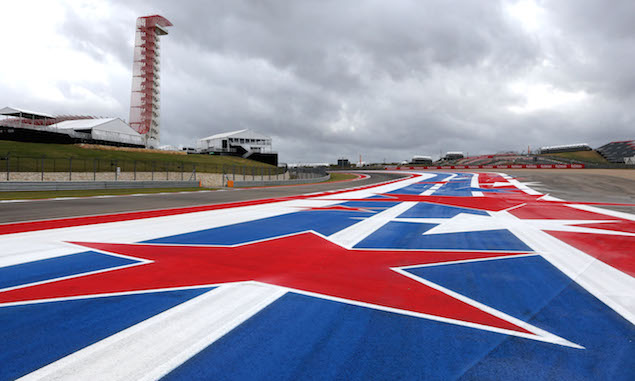 Best race from a work point of view for photography?

I miss all the old European races obviously. I used to love Imola. (We used to race from the airport to get the one room that had both a light bulb and a toilet seat in the bathroom) I think that was my favourite race. Long Beach was good because it was California and I’d spent some time in California as a child. Now Austin is definitely my favourite race because I’m a music fan and I love the music.

From a professional point of view?

Monaco is definitely the best.

With all the digital stuff and the internet, has the quality of the work suffered? As a photographer, has quality become almost secondary now?

At the outset of the digital age, the quality of the digital cameras wasn’t very good and I hadn’t even heard of what Photoshop was. Now the quality is better than you could possibly shoot on film and you have the computer programmes to manipulate it into whatever you want. You can crop images now. In those days, a transparency was a transparency. You couldn’t crop it. You were reliant upon the client or the magazine. I’d very often get quite upset about how pictures were used. At least with the digital age, you can control it yourself.

From a practical point of view, you can take as many photos as you like. There must have been times in the old days where you’d look at your camera and go “I’ve only got ten shots left and there’s 20 laps.”

Actually, that didn’t matter so much with Formula 1. I used to take boxing photographs and obviously the boxers are going boom-boom-boom and you’ve got 36 frames and you’d try and save the 36 frames towards the second half of the round because you had to change films in between each round so that you had enough so that was a problem. With motor racing, no. I guess if there was an enormous accident at the start, you shot a lot and then your film ran out at the wrong moment. A lot of people would forget to put a roll of film in the camera! Now your camera will tell you that you’ve got a memory card in it. In those days, you didn’t know if there was a roll of film in there or not. 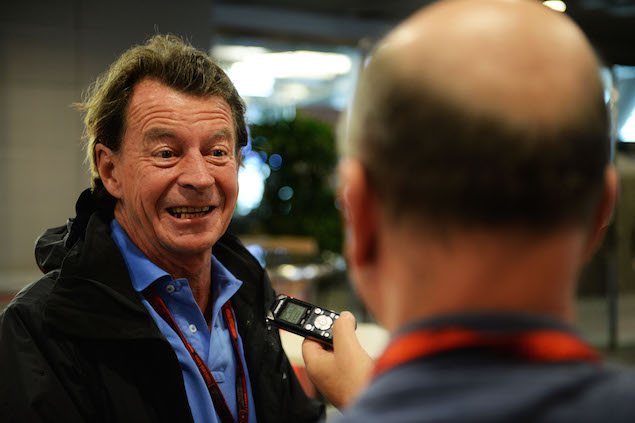 You’re quite passionate about it still, aren’t you? Woe betide anyone who gets in an argument. You’ve got your point of view about it.

Yeah. I am upset at the moment about the way Formula 1’s going certainly but yes I still like it.

Having shared every plane journey, every car hire and every hotel room with you for the best part of 15 years up to a few years back, I have hazy memories of all sorts of scrapes, most of them unprintable but tell us the famous Shirley Bassey story.

The Spanish Grand Prix was followed by the Portuguese Grand Prix or the other way round and it was in between the two and a sponsor had organised a golf, tennis drivers and media thing. Shirley Bassey was invited by the sponsor for whatever reason so we met her during the day taking pictures of her playing tennis or golf or whatever. Then in the evening, we ended up in a nightclub.

The drinks were outrageous money but we didn’t realise that at the time so we ordered a round or two for my mates and Shirley was there and it was “would you like a drink?” etc. Came to pay towards the end of the evening and it was thousands and thousands of pounds which we weren’t going to do, so we decided we had to do a runner from this club and it was a case of “sorry Shirley, we’re running for the exit.” We got away with it. (I didn’t mention this tale when I found myself on the running machine next to Ms. Bassey in the gym at Monaco’s Loews Hotel a few years ago when I was there to interview Mika Hakkinen.)

And we can’t leave out one of your most famous tales, when you and fellow photographer John “JT” Townsend brought an escaped convict into the F1 paddock.

We were in a taxi in Rio, at the Brazilian Grand Prix and the taxi driver asked where we were from and we replied “England,” at which point the driver said, “oh, the same as my friend Ronnie Biggs.” We didn’t believe him but he insisted, adding “I’ll take you to his house if you like.” So we knocked on Ronnie Biggs’ door and he was pleased to see a couple of English people. We played pool with him and had a couple of drinks on his balcony and he asked if we could get him in to the race track. So I asked our friend Julian Bailey (a Tyrrell driver at the time) if he could get us a ticket for him and he did. We wheeled Ronnie Biggs into the paddock with Julian and we took a picture of the two of them together. Then we suggested to Biggs that he should have his photo taken with Ken Tyrrell. “Ken, do you mind if we take your picture with our friend Ronnie?” We did the photo and only then did Ken actually twig who it was and he ran a mile down the paddock! We did a few other photos and word got around pretty quickly who he was.

So there you have it; royalty, world champions and train robbers – all in a lifetime’s work for Mr. Thruston.