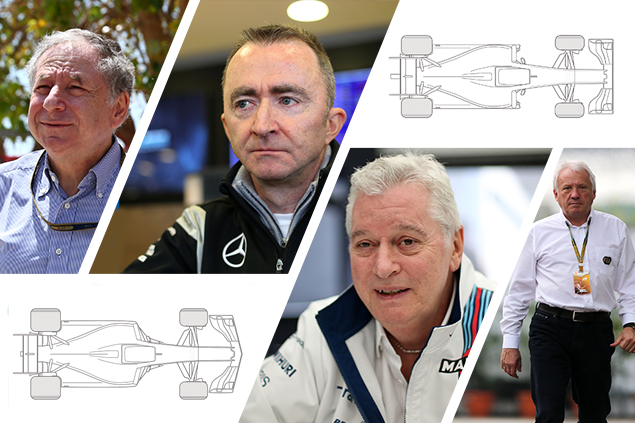 WILL THE RULES DELIVER MORE OVERTAKING?

In a way, one can see next year’s rulebook as undoing much of what the Overtaking Working Group (OWG) tried to achieve in 2009. Therefore, will it not actually become harder to overtake? The bigger wings, which will remain as complex and efficient as at present, could make it harder for a driver to follow another car. The increase in downforce means the pilot will de facto struggle to get close to his rival ahead due to the aero wake. Mercedes executive director (technical) Paddy Lowe, a former member of the OWG, actually thinks that chasing more downforce means F1 is heading in the wrong direction. FIA technical delegate Charlie Whiting claims these concerns are unfounded.

“We’ve had countless meetings with technical directors of every team,” he said. “We’ve had a whole range of proposals from what appears to be a huge amount of downforce to a very low level of downforce but it’s all based on the premise that we will have a significant increase in mechanical grip.

“So what we’ve ended up with is inevitably somewhere in the middle and I think it’s incorrect to say that the anticipated lap time improvement will all come from downforce because it simply shouldn’t be.

“The whole idea is that at least half of that will come from mechanical grip and the other half from aerodynamic downforce. One of the things that we’ve been talking about all along is about the fact that we mustn’t make it more difficult to follow another car. That’s always been one of the underlying principles.

“So we’ve done, I believe, the best we can given that we have to take everybody’s views in to account.”

Williams chief technical officer Pat Symonds was also part of the OWG in 2009; he thinks engineers have not completely mastered the science of overtaking because it has never been a priority. According to him, the 2017 regulations’ true impact on overtaking will only emerge when the cars actually take to the track. However, and this is perhaps more worrying, the ex-Renault man believes the increase of speed – one of the driving force behind next year’s regulations – will hardly be noticeable.

“I don't think what is proposed for 2017 will be disastrous in any way,” Symonds told ESPN. “The cars will be quicker but I personally don't think that will be very relevant because none of us can tell the difference in FP2 between a car on full tanks and qualifying pace; you've got four seconds per lap difference there and you can't see it without looking at the timing screens.”

Is this then another matter of much ado about nothing? Perhaps the end goal of the 2017 rules revolution lie somewhere else, in wiping the slate clean to erase Mercedes’ current advantage. It must be said that, two years and a half after the introduction of the hybrid power units, the German manufacturer remains the class of the field. No one, not even Ferrari despite its noticeable progress, has really threatened to topple the two-time Constructors’ champions. And with engine regulations set to remain fairly similar next year, there is no guarantee the series of bodywork changes slated for introduction will shake up the competitive order.

However, one only needs to look at the recent history of grand prix racing to see that periods of domination ended when the rulebook was given a radical overhaul: Renault and Michelin defeated the all-conquering Ferrari in 2005; Red Bull rose to prominence in 2009 and ruled the F1 roost until Mercedes dethroned them in 2014. 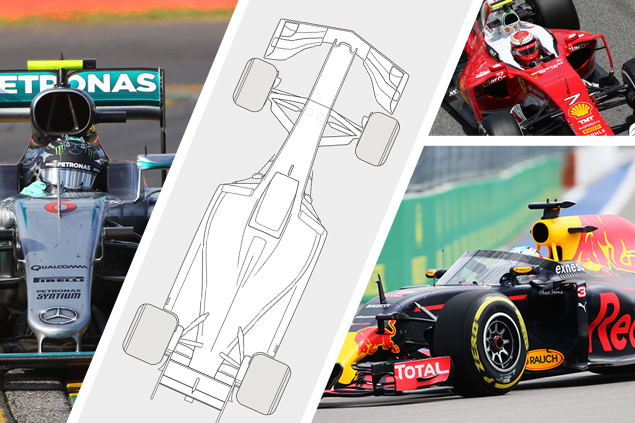