The short version: Derek Daly is in Baku as an FIA Steward. The Irishman, now an American citizen, took part in 64 F1 Grands Prix from 1978 to ’82, driving for Hesketh, Ensign, Tyrrell, March, Theodore and Williams. He then switched to CART in the USA, driving in 66 races. He also competed at Le Mans for Jaguar and Nissan. A career as a broadcaster and public speaker followed. 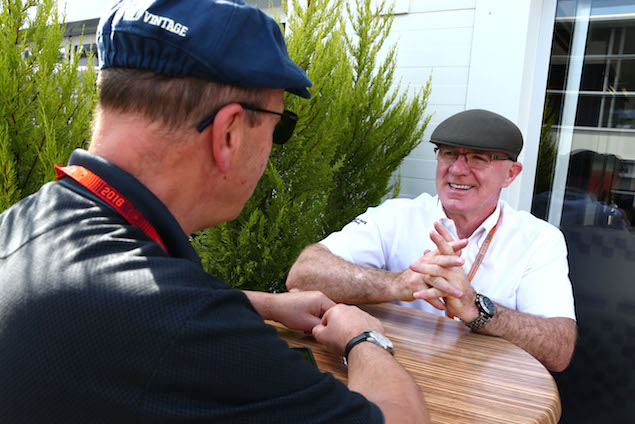 I’ve been meaning to talk to you since I spoke to (one time F1 racer) David Kennedy last year and he mentioned this ridiculously improbably idea of two Irish lads going off to work in the mines in Australia to earn enough money to buy Formula Ford cars.

We were told that if we went there for six months we could earn £5,000 which was more money than either of us had ever seen.

That would be a lot of money today.

Yeah. Within a short period, we were in Perth signing on. It was full of fellas like us. One wanted to buy a yacht, another fella wanted to buy a house. It was full of drug addicts too and me and David, we were so naive. We had no understanding of what a drug addict was or what a drug was. We were green horns from the back of beyond. Every second Friday you would gather in the mess hall, open up your pay packet and see how many hours you could book. It became a bit of a competition and I actually still have all my pay packets, all the red iron ore dust on them still.

Is that to keep you grounded and remember how it all started, or just a nice souvenir?

Wouldn’t have allowed you to do that. It was just a work mill, the more hours you could put in, the more tyres you could buy. Essentially, that’s what it was.

Do you think that’s what gave you your determination to succeed? Did it form you in a way?

I think it was already formed because the fact that we even went there... We lived in an era where you did whatever was necessary. There was no idea that was too wild, hence we ended up there. The model is a bit different today. You couldn’t do what we did today. A lot of fascinating things happened during the trip and immediately afterwards. For me, it was the rocket ship that got me going without a doubt. In the mines, you were partnered with someone. I knock on my partner’s door and open it and suddenly, fellas started jumping out the windows. There was a load of paraphernalia like a Bunsen burner and spoons and they were cooking stuff and of course, I’m still naive and they say to me, “You should try this.” “What is it?” “It’s drugs.” “What do drugs do?” “It makes you feel good.” “How good?” “Try it.” “OK, I’ll try it.”

They sat me down, injected something into me and the only way I describe it to people is when you go to the fairgrounds and you take the big mallet and you hit the hammer and it goes up and hits the bell, well that’s what happened to me. It went to my feet and my head at the time and stretched me about two feet because my whole body just exploded inside. I’m thinking “This might be a bit more than I can handle.” I progressively got worse as I went onto the night shift. The boys realised that I had way too much too soon. They put me down in one of the underground conveyor belts, pushed me in under the bottom wheel of it and put my hard hat over my head and said “let him sleep it off.” What they didn’t realise is as this belt ran for hours and hours, all the iron ore dust began to gather and by the time the guys came for the shift to dig the dust out to keep the belt going, I was almost completely buried in iron ore dust so Lord knows what would have happened if that shift didn’t come to clean it out. 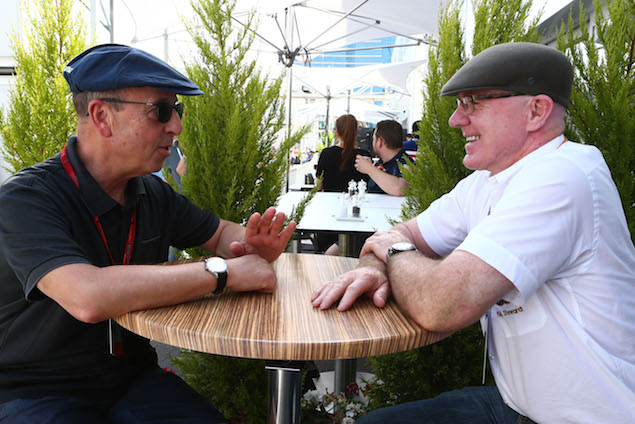 So not really the conventional route to get into Formula 1?

It completely cured me of ever wanting to try anything like drugs again. It was one of those ridiculous times that you look back on and say “how did you survive stuff like that?” When we came back, we arrived in London the weekend of the International Trophy (non-championship F1 race) and so we went to Silverstone. This was 1974. We were literally two Paddies looking over the fence on the way down to Stowe, Formula 1 cars going by and the ironic thing about the whole scenario was that, four years later, I was leading that same race in a Hesketh.

So from two Paddies coming back from Australia with nothing but backpacks and a cheque, to admiring Formula 1 thinking it’s so far out of our reach and for me to be leading that race four years later in the rain in a Hesketh, was remarkable.