Catch up with what all the teams had to say following Sunday's Grand Prix of Europe - the eighth race of the 2016 Formula One world championship. 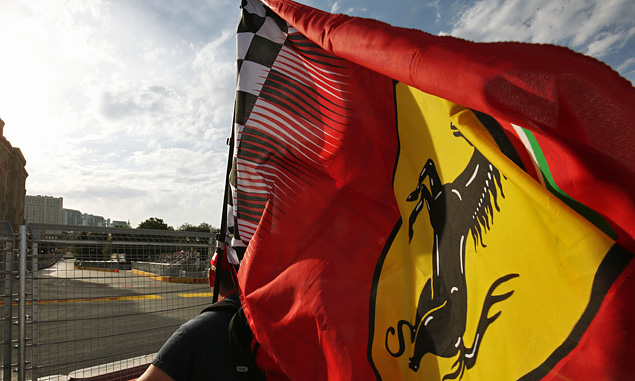 Sebastian Vettel
"We can be very proud of what we achieved today, both cars got points. We were very bad off and slow on Friday and initially we didn't know why. We changed a lot in the car, made big steps forward, and we finished second today. I think the way things went on the track was fantastic, but we can't be entirely happy. We lost a position with Kimi but he played nice team work, he was very kind to hand me the place. In the end it was a bit of a shame that we didn't manage to finish second and third, but I think he was struggling quite a bit with his tyres. It was not a fresh set. I had a good feeling with the tyres, so I kept the first set a bit longer, even if after a couple of laps I wasn't so confident. But later the tyres did recover and from that point it was good again. The season is long and I think there's a lot of stuff happening here, but especially back in Maranello. Our President is pushing very hard, but in a good way. He is willing to understand, help us and to push us, as well. Ambition is high but, moving forward step by step, I am sure we will do the right things for this year and for the future to make sure we give the others a very hard time. We didn't have a wonderful start of the season, even though the car has been good, but I think most of the times we didn't fully use our opportunities. However, today we did a great job. We will keep doing the optimum and keep enhancing our chances to be there at the end of the year, but surely we know we have to pick up our game and improve the car."

Kimi Raikkonen
"Overall I'm a bit disappointed of how difficult this weekend was, far from being fun all the time, but in the race the car was good and the speed was there. At one point I ran over the white line and got a 5 seconds penalty. From that moment I tried to keep the gap to Perez to maintain my position, but on a couple of occasions I ended up following two lapped cars and lost precious time. I'm fine with the fact of swapping position with Sebastian, because anyway I had the penalty, but in the moment I let him pass I lost 2.5 seconds in that lap and this did not help.In the end I could have for sure stayed in front of Perez but there was no reason to fight and maybe take some risks. Obviously my race could have been a different story today, but considering all that happened, the end the result is not too bad."