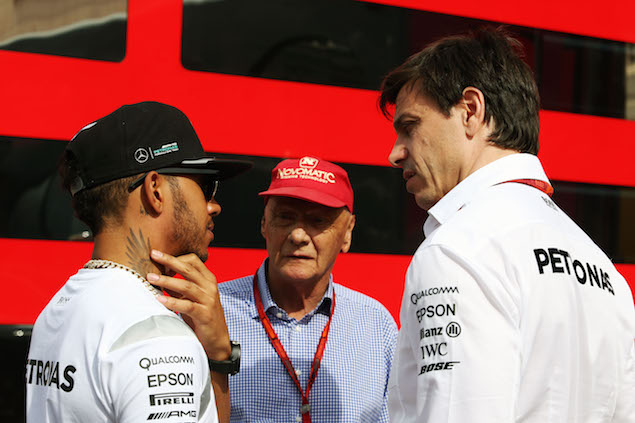 On to more serious matters and we have the sad tale of Niki Lauda being made to humiliatingly go back on his claims that Lewis Hamilton trashed his Drivers’ room in Baku and had lied about his relationship with Nico Rosberg.

Niki might look like a gaga old turtle, wearing worn out 501s with half the fly buttons undone, while living on the Galapagos Islands, but he is one of the greats of this sport and if he wants to be economical with the truth then let him. In the grand scheme of things it hardly matters and every other team boss in the paddock would kill to face the same problems as Toto Wolff.

F1 drivers might say all the right things about team loyalty and how much they respect their team bosses, but generally, racing drivers are quite simply some of the most selfish people on the planet and have little time and even less respect for their masters.

These days that could be because not many of the F1 team principals are racers and are not really held in high regard by their drivers. The likes of Enzo Ferrari, Colin Chapman, Ron Dennis, Frank Williams and so forth used to rule their kingdom with a rod of iron, rather than all this touchy feely nonsense that passes for boss-driver relations.

Remember Malaysia 2013? Ross Brawn wanted to put his point across to Nico Rosberg to prevent him attacking Lewis Hamilton for third place and came on the radio to speak two words: “Hold position.” There was some back chat from his driver so Ross just repeated his instruction, in a tone that suggested the German might be eating most of his meals through a straw if he didn’t comply and that was it, job done. 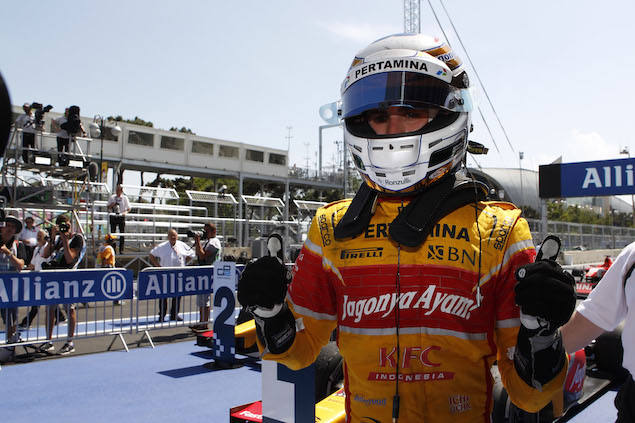 Talking of weak decisions we then had Ferrari’s Friday Fanfare to announce the signing of a great new talent for 2017 in the shape of…Kimi Raikkonen. For those of you with short memories, allow me to point out this is the same Kimi Raikkonen that Ferrari paid to go away at the end of 2009, before his contract had expired, so they could get that Fernando Alonso chap in the cockpit of a Prancing Horse. To be fair to the Scuderia they left it too late to sign up anyone young and interesting like Carlos Sainz.

The management is far too risk averse to take a punt on someone like GP2 hotshot Antonio Giovinazzi and on top of that, he’s Italian and Ferrari never employs Italian drivers. On Kimi’s plus side, he’s not interested enough to make a fuss about anything, he costs a fortune but we can assume Ferrari doesn’t pick up the tab and he’s reassuringly slower than number one driver and Team Principal Sebastian Vettel. Job done. It seems that Finns ain’t what they used to be, but they’re still better than anything else out there.

Finally, a word to all thieves and crooks reading this, excluding all the usual suspects who work fulltime in F1. Rather than go to the bother of breaking in to the houses of wealthy UK based F1 drivers knowing they’re all busy at Silverstone this weekend, you can steal yourself a kilo of gold worth £30,000, $40,000 right here in the paddock.

According to a press release someone has produced a “new collection of gold and silver coins to the Formula 1 community at the 2016 Formula 1 British Grand Prix. The collection includes a one-quarter ounce special edition British Grand Prix gold coin, a two-and-a-half ounce gold and silver coin, respectively, as well as a spectacular one kilogram gold coin, one of only 15 minted this year.”

Even by F1’s own high standards of tackiness and bad taste, this useless piece of tut stands out as truly unique. So if you do manage to steal it, do us all a favour and melt it down. 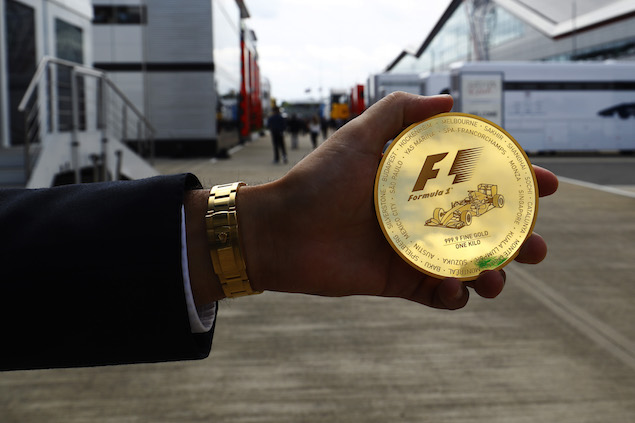