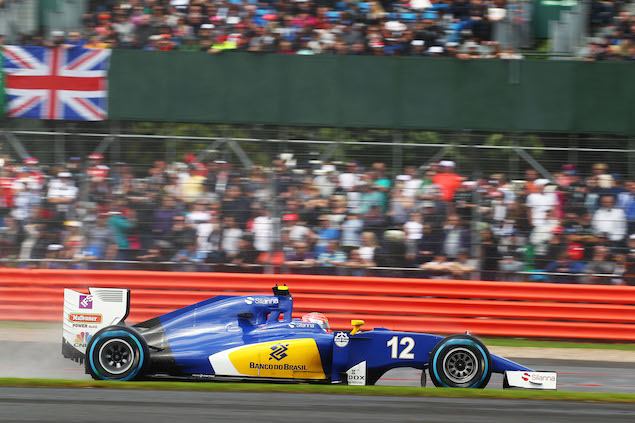 Marcus Ericsson
“First of all, I want to say a massive thanks to my car crew for rebuilding my car after the crash yesterday. They did an amazing job. It was great to be back in the car today, which was important after such an accident. I felt comfortable in the car. It was obviously disappointing that my race did not last long. We had an electrical issue, so I had to retire early in the race. Now we need to look forward to the next race weekend in Budapest.”

Felipe Nasr
“It was a good race for me, bearing in mind that I started from the back of the field. Overall, we extracted the maximum out of the car as well as the strategy. I got a good understanding of the track conditions, so we pitted at the right time. Initially I had a decent pace on the medium tyres, but after the track completely dried out the lap times were determined by our car’s performance. We are still not there where we want to be. We will keep fighting for points.”

Monisha Kaltenborn, Team Principal
“We are very relieved that Marcus was uninjured after this severe accident yesterday. That this heavy impact had no consequences is also because Marcus is in a very good physical shape. It is a pity that his race was over in the opening phase due to an electrical issue. Felipe showed a good performance, especially in a phase of the race that was very demanding. The same applies to our crew – they did a very good job to rebuild Marcus’ car after his accident. This strengthens the motivation of the whole team.”