28th September 1990, Jerez de la Frontera. A circuit where you could watch the track action from the paddock if you climbed onto the roof of a motorhome. It was Friday qualifying and I was atop the Marlboro bus. I assume I must have turned away from the track to light a cigarette, a free Marlboro cigarette of course, when I heard the distinctive sound of an F1 car crashing. When I looked back at the track, I couldn't work out why there appeared to be a big bag of rubbish in the middle of it. That bag of rubbish was the seriously injured Martin Donnelly, still strapped into the seat of his Lotus-Lamborghini. The talented 26-year-old nearly died that day and would never race in Formula 1 again. Various touring car adventures followed and aside from his various business interests, he now does his bit as an FIA Steward at Grands Prix. 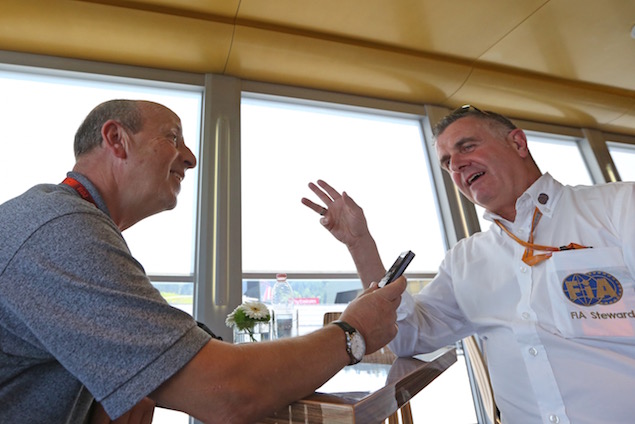 Where did racing start for you Martin?

Formula Ford, back in 1981, I did my first two races underage with no license but we managed to scam it. We used to park the car in a guesthouse in a town called Prosperous in Kildare (a town near the Irish circuit of Mondello Park.) The race car was kept under canvas and we’d fire it up the night before. Then my father and my mechanic Ronnie would drive down in a Volvo shooting break, I’d follow in the Ford, drive back on public roads, throw the canvas over it and drive it home. That’s how it was back in the day, as there were no Gardai (Irish police) on the back roads.

I went to boarding school because where I lived in Belfast wasn’t a very nice part of the world. There’d be IRA snipers coming and going, taking pot shots at army patrols and the police.

My father was very much a motor racing enthusiast and he bought an old Crossle 16F (Formula Ford) from about 1976 I think, for the purpose of me learning about gear ratios, engines and tyres, so that when I was old enough I’d be able to go racing. He used race himself in road cars, Hillman Imps, MGs, Sunbeam Rapiers, work hard in the morning and shoot down to Kirkistown and go racing. I was nine ten years of age and I was driving these cars round the circuit by myself. That was my training. Then ’81 came and we’d go racing.

Having been to the North several times on rallies, I always found it amazing that motor sport could thrive during “the troubles.”

The good thing was that the communities, Catholic and Protestant didn’t let that get mixed up with motorsport. I remember being at the Phoenix Park and we’d be in a big marquee and we used to have a church service there (before the racing) and the Irish guys would be there doing their prayers and the rest of us would be at the back hurling good natured insults at them and it never got bitter.

Lets go more up to date 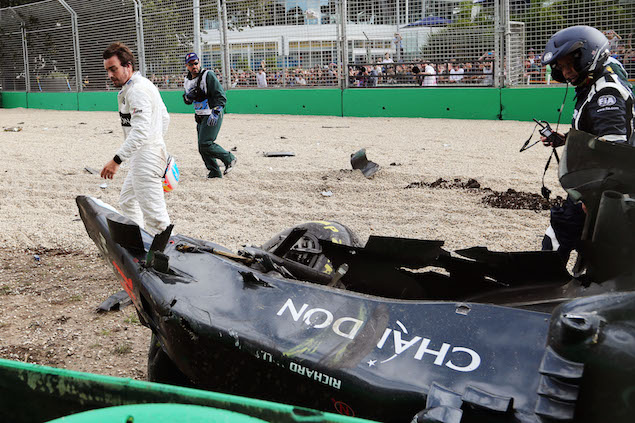 There’s one event that defines you in the eyes of the public, the accident, but at the moment there’s a lot of talk about whether or not Formula 1 is getting too safe, discussions about the halo or some other form of head protection, tracks with massive run off areas. As someone who epitomises the dangers of the past, do you believe F1 can ever be too safe?

Everybody wants to see gladiators, everyone wants to see F1 drivers as gladiators doing battle, but this is not a blood sport, this is not the Coliseum and nobody wants to see a tragedy. That’s what the FIA are sanctioned to do, protecting drivers from themselves. If we talk about the Halo, it’s not the world’s most cosmetic device. It won’t just be for Formula 1, because it will filter down to GP2, GP3 and so on, Formula 4, because what’s good for the goose it’s good for the gander. If it saves a life then it’s done its job: you ask John Surtees about his son Henry, (In July 2009, Henry Surtees was killed in a Formula 2 race at Brands Hatch, after being hit on the head by a wheel that had come off another car.) Would he want to see a head protection device? Of course the answer is going to be yes.

The cars don’t look as pretty as they did back in the day, with the higher cockpits and all the additional aerodynamic elements. Designers are always trying to make the cars go faster because that’s their job. I was an FIA steward in Australia this year. When Alonso came into the room after his accident, I said to him, “you need to appreciate how lucky you are to be stood here talking to us. Because five years ago, you’d have been on your way to the medical centre.” In Australia, we saw that the FIA doesn’t always get it right, as was the case with the new qualifying system, but Alonso being there in the Stewards room proved the FIA does get it right. Alonso reckoned that if he’d had a halo in the car, he wouldn’t have been able to get out of it, because the tub was up against the wall, so there are pros and cons to every situation.

With the head protection, do you think it’s comparable to when seat belts were introduced and racing drivers were loathe to use them saying they felt it was safer to be thrown out of the cockpit because of the high risk of the car catching fire?

I’m sure head protection will happen, we will move forward. The marshals are so quick these days that no one need be trapped in a car for very long. That’s no reason for not having it. That’s the way the sport’s going to go. Most of the injuries to drivers now are happening with items from outside the car coming into the cockpit. It is important that whenever there is an injury or fatality, out of respect for the driver, we must learn from that, learn from Ayrton’s accident, learn from my accident, or Mika’s accident (Hakkinen had a huge shunt in Adelaide and swallowed his tongue.) At the time, they had no one on hand who could do a tracheotomy, but now there are people who can do that around the track. The halo might not look cosmetically great but, I’m sorry, we’re not in the sport to make things look beautiful and when it does save a life, which it will do, everyone will say “well, there you go.” 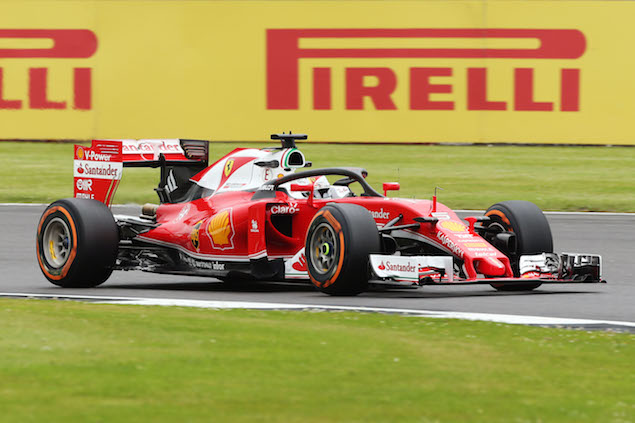