Following Lewis Hamilton’s third consecutive victory at Silverstone, F1i looks back at how the British Grand Prix unfolded and gives each driver a rating out of ten 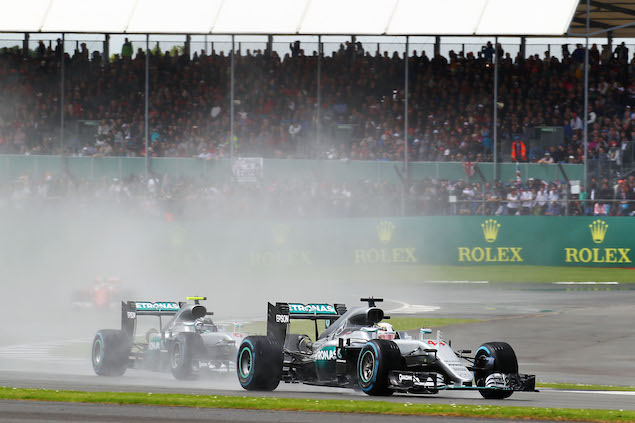 While never enjoying a dominant advantage during the race, Hamilton’s opening lap at full speed was a sign of his confidence which took him to victory. Opened up a 3.7s lead in the wet over team-mate Nico Rosberg during the first lap and although Max Verstappen threatened to close in on intermediates, Hamilton always appeared to have the pace in hand to respond whenever he wanted once the track dried. Appeared to feed off the atmosphere from his home crowd all weekend, and responded by crowdsurfing in celebration.

Who is driving when in the 2016 Silverstone F1 test