F1i columnist Romain Grosjean answers questions sent in by our readers, including life at Haas so far, being ready for Ferrari and whether driving an F1 car is better than sex... 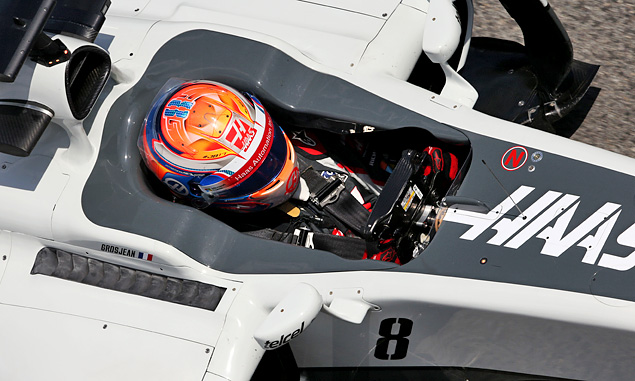 “I chose number eight because my wife was born on the eighth of December, we started dating in 2008 and my sons are the eighth wonder of the world!”

David Pietrobelli: What was it like being Kimi Raikkonen's team-mate? Does he talk and share info or just keep to himself?

“No Kimi doesn’t talk! But all the information was open so I learned a lot alongside him. But from his voice himself I didn’t get much.”

Robert Thorpe: Do you think drivers need to work harder to pay attention to blue flags and do you agree drivers should be penalised if they have an impact on the fight for the lead?

“I think it’s a tricky one. When you are lapping cars you always complain that they’re not moving quickly enough, and when you’re being lapped it’s very tricky to find a place and it always costs you a lot of time. So it’s always going to be a bit of a problem, but you surely shouldn’t distract from the lead of the race.”

Brice Friha: What do you think of Hamilton raising the middle finger at your team-mate Esteban Gutierrez in Hungary?

“Under adrenaline and emotions you can say or do things that you are not really thinking about. I guess he lost quite a bit of time so he was not very happy with that.”

Jean Gautier: Do you think Haas will grow to become a top team that can win world championships in a few seasons’ time?

“Well I hope so! That’s why I am with the team. Yeah, I think we can definitely improve in the next few years.” 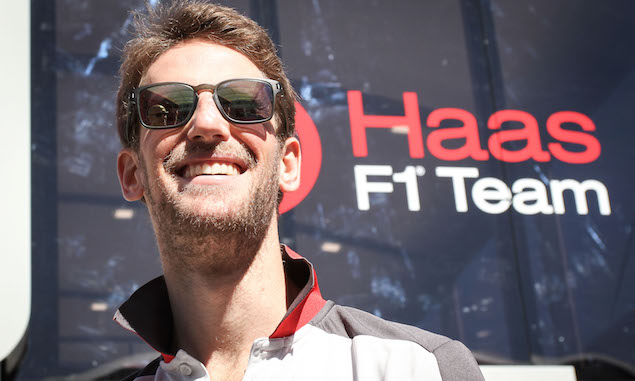 Lewis Jfk Hamilton: How do you explain Haas’ performance drop-off after such a strong start to life in F1? Is it because it’s a new team or is there a technical explanation?

“It’s not quite clear to us. We started very well, probably we were a bit more ready than other teams. For some reason we got the tyres to work perfectly initially this year and after that we’ve been struggling a bit more. We are learning different tracks, different temperatures, different usage, so things are slightly different and clearly in a first year it’s never easy to get everything correct. But I think in general perspective we’re doing very well for a first year team.”

Joris Rb Sept Tkkt: Lewis Hamilton appears to be very confident, if not too much, thanks to his current success. Have you ever felt over-confident at some point in your racing career? What was it like?

“I think when you win and you’re world champion people think that everything you do is great and perfect. When you’re at the back you sometimes need to fight harder. In 2013 I had six podiums in a row, everything I was doing was great and then things change. You still think you are doing good races but things are a bit different. But he’s doing well and he deserves the year he is having.”

Pascal Moimême: Hello Romain, do you think next year’s rules revolution will benefit or penalise such a young team like Haas?

“It’s a very tricky one for everyone. It’s a big change of regulation, we are surely working hard on it and the idea of the team is to improve next year from where we were this year. We are going to work on that and try to make that happen. 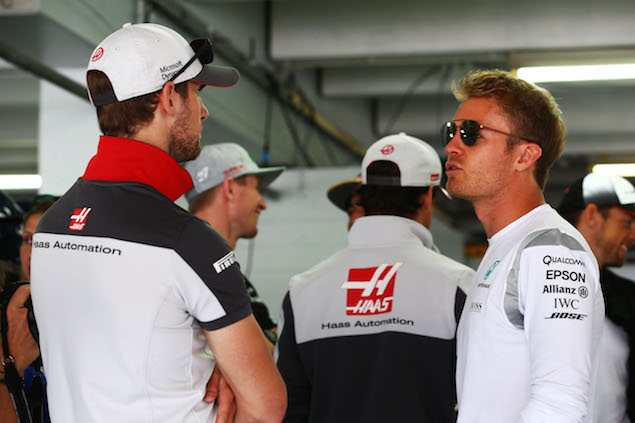 Emma Marck: Which driver do you feel the closest to?

“I like Seb Vettel, I like Nico Rosberg, I like Jenson, Bottas, Verstappen… so quite a few. I think we are a good group of people and generally have a good relationship.”

Elie Parmentier: Besides NASCAR, which series would you like to try as well (IndyCar, WEC, Dakar, Rallycross, etc.)?

“Yeah I’d like to do Rallycross, I’d like to do the Le Mans 24 Hours, I like to race on ice in the winter. So more or less everything with a steering wheel and four wheels I do enjoy.”

Nicolas Didi Leblois: What do you think about drivers extending their career while their best years are mostly behind them (Raikkonen, Button, Massa, etc.)?

“Well I think when you’re driving for Ferrari and you have the chance for another contract you won’t say no! That’s for Kimi. Jenson is at McLaren which is a big team. Felipe has done some good races last year, a bit more tricky with their car this year, but it’s not up to me to judge. Hopefully as Valentino Rossi is doing in MotoGP I can go well for a long time.”

Pierre Louis Menard: How do you map our your physical training for the entire year, winter preparations included. And what activities/sports do practice do the most to stay sharp?

“So we do a lot of cycling, running, of course a few gym sessions. I like playing tennis as well, cross-country skiing… My trainer really takes care of everything we should do, what’s the best for me, where we need to work depending on what we need in the car for the race. So it’s keeping me busy but it’s great.” 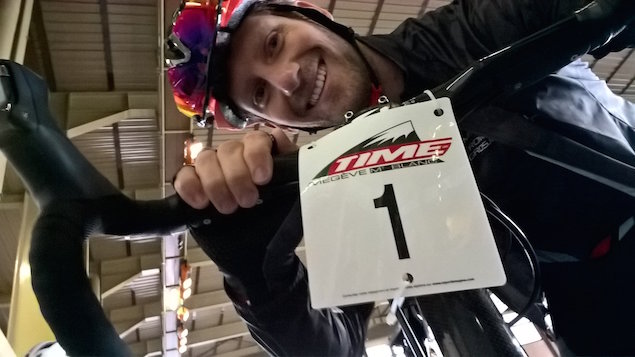 Jean-Paul Porcher: All F1 drivers are world class, but are there some that really stand out in your opinion?

“If you don’t think you’re the best it’s pointless to come to a race weekend. Again, it’s very difficult to judge people you are fighting with.”

Enzo Gilardini: Which path would you recommend to young drivers dreaming of making it to Formula One?

“Go-karting and then Formula Renault and then either Formula 3 or GP3, GP2 and then F1. It’s a long way, it’s not always easy, you need to get some luck . You need to be in the right place at there might time and of course be talented. So it’s a long path but it’s worth it.”

Saad Volkov Miri: Do you feel ready to join a top team like Ferrari?

“I think so, I think I’ve got some great experience in Formula One, I’ve had a few good years. I’ve been on the podium ten times, I know what it’s like to drive a good car, so I think I am ready.”

Damien Saveri: Who would be your ideal team-mate?

“I think it’s important to have someone which is fast as your team-mate. It always helps you to improve yourself and to make sure that you are staying sharp.” 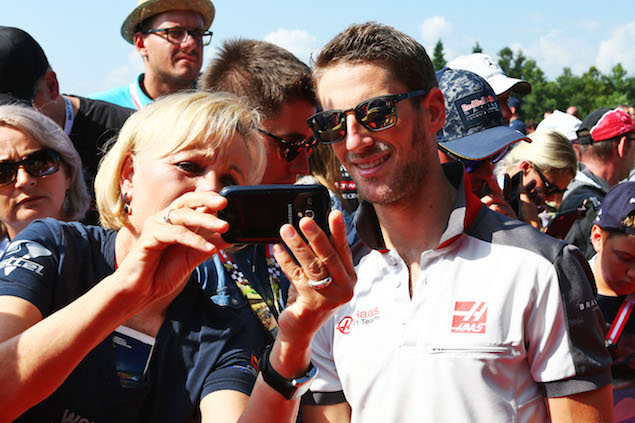 Julio Clotail: Will you take part in/organise get-together events with your French fans next winter?

“It could be an idea! But I’m thinking about opening a restaurant in Paris and that will be the whole idea, getting there sometimes, cooking and getting some time with the fans.”

Quentin Vallverdu: Where do you get your mojo from in F1? The team? The car? The fans? The sport itself?

Dominique Duclay: F1 or cooking? What do you like most?

Florian Bobby Puppo: Isn’t F1 over-regulated and has it not made the sport less exciting?

“I think it’s a tricky one, there’s no magic tools to make it a bit better. We are changing cars next year and they’re going to go much faster so hopefully drivers will have a bigger input which would be nice. There are a lot of rules in Formula One because as soon as there is a hole in the regulations people are finding a way to get some performance, so it’s a complicated sport but on the other hand it’s the pinnacle of motorsport so of course you’re going to have quite a few rules.”

David Venturi: Are you happy with how your F1 career has unfolded so far?

“Yeah, pretty much. I miss the win, I could have had a few times back in the past but I’m very pleased I joined Haas. It’s a great experience, a great adventure and I’m very proud to be the first driver to score points for an American team for 30 years. I’m sure we’re going to grow up together.”