The High Seas, Mushy Peas and Apple Crumble; only Eric Silbermann could think these have anything to do with the Belgian Grand Prix. 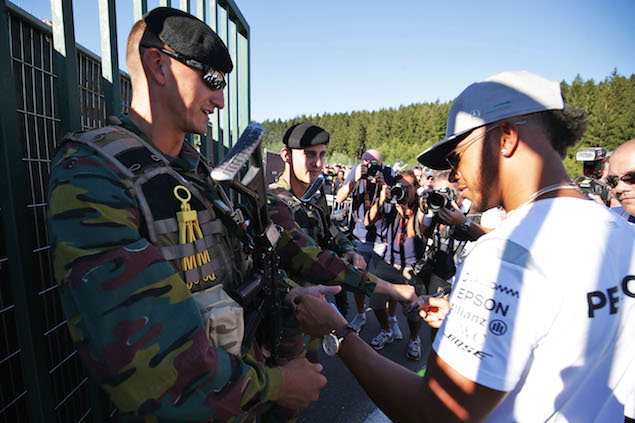 In his usual polite manner, as one of the panelists in yesterday’s FIA press conference, Lewis Hamilton, welcomed us all back to work in Spa, although he expressed surprise that we weren’t all more tanned. The fact is Lewis that for we freelancers, finding the time and money to jet off to the Caribbean is not that easy. In my case, some SNAFUs on the domestic front saw me spending far too much time cooking in the kitchen, so it was less a dream holiday in an exotic location and more like that well known film franchise, Pyrex of the Caribbean.

I did actually venture out on the high seas, but only on a ferry to and from Ireland. Can someone explain to me why, within minutes of stepping onto a ferry, everyone manages to look like a refugee and feels the need to sleep on the floor, even at 10 in the morning? I always think ferries are not real ships and the Captains of these craft are more like glorified bus conductors, as they put on their “talk like a pirate” voice to run through the ritual of what combination of blasts on the siren means the cafeteria is open and which one is a warning that the ship is about to sink, or is coming under attack from Kamikaze aircraft.

I was once invited up onto the bridge to watch one of these craft dock. As we pulled into the harbour, the captain unlocked a drawer, took out a piece of paper, read what was on it very carefully and then put it back. I caught a glimpse of what was written down: there were only four words: “Port Left, Starboard Right.” 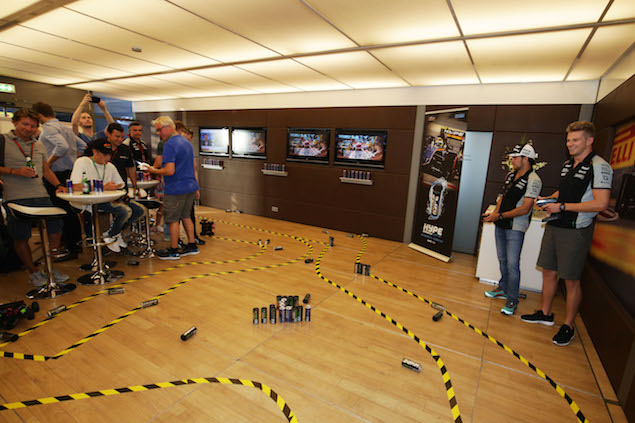 My heart sank when I read about the additional security measures introduced at Spa this year. Belgium has historically been the battleground for the armies of bigger nations to slog it out and now it appears to be fighting a more insidious battle with some of its own citizens. In practical terms, it means that all the stallholders who sold dodgy replica team gear on the road from the village of Francorchamps down to La Source hairpin have been banished, so as not to mix traffic with people, thus robbing the place of its colourful character, although on the plus side, you could say the punters themselves are no longer being robbed.

It’s early days in the Spa weekend, but the combination of additional security and bag checks and the arrival of hordes of Belgian and Dutch Verstappenthusiasts might be trying my patience come Sunday morning. It’s a worry because the Spa security blokes have always been the most belligerent of the year, so actually empowering them to be more obnoxious, unleash their vicious dogs and swing their billy-clubs is a frightening prospect.

Full marks to Force India for being on pole position in the post-break race to win the hearts and minds of the media, as they laid on a fish and chip supper for us last night in their motorhome. It was all part of some sort of Hype Challenge, which involved driving toy cars around the floor. I let the more junior journos deal with this, while I concentrated on the more important task of depleting the team’s stock of excellent Rioja. It was a truly international gathering, so it was very amusing watching the catering staff trying to explain the concept of mushy peas to the non-Brits: “puree de petits pois” maybe? 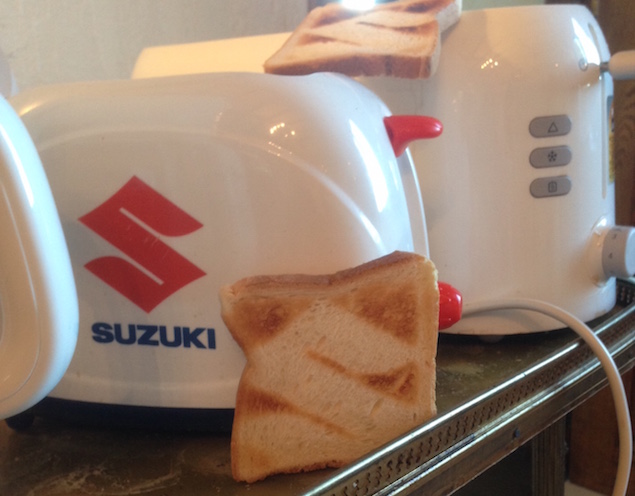 My regular reader might remember that, for Spa, I lodge with an English couple very near the circuit. He works as a motorcycle race instructor and the house is peppered with motor sport memorabilia. The most recent addition to his collection is to be found at the breakfast table. It is a Suzuki toaster, which as you can see brands each slice of bread with the Japanese motorbike company’s logo. It also shoots the toast out to an impressive height, although my photographic skills weren’t up to capturing the moment. You don’t get that in your fancy 5* hotels now do you? Nor do you get lent a pair of shorts by the proprietor when you turn up looking like a melted welly boot, having ridden a motorbike down from the UK on the hottest day of the year. I realised I was seriously dehydrated when, having stopped at a train crossing, I tried to restart the bike by repeatedly pressing the horn.

The sunshine is very welcome, but warm weather and Spa do not go together well. Remember 1985? The Belgian Grand Prix was due to be held in June that year, but an experimental quick-draining track surface ended up looking like burnt Apple Crumble after practice and the race had to be rescheduled for September. Fingers crossed for Sunday then.