In his latest F1i column, Romain Grosjean reveals what he did on his summer break, and why he's more motivated than ever to finish the season strongly 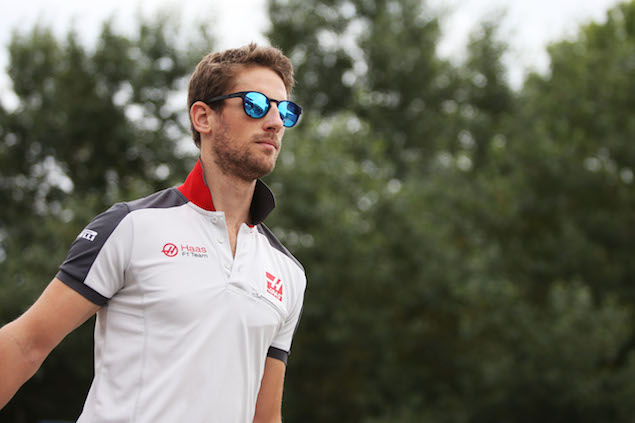 So we’re back at it after the summer break. It feels good and I can’t wait to see how this weekend at Spa plays out.

My goal for the holiday was mainly trying to relax and recharge the batteries. Our season is quite long and the second-half we’re yet to face is always the toughest part with all the long-haul travel involved.

I was able to spend lots of time in a rented house in Corsica with my family, which was great.

I allocated some time to enjoy a few cocktails and some amazing food. I made sure I kept my fitness levels up though, with plenty of cycling and running, while trying to soak up as much energy from the sun as possible.

My physio, Dan, is a friend as well so it was good for me to have him join us, and some other friends, for a week of our holiday. I thought it was great that he could join us and I felt it was important at the same time.

Not all drivers would do that, but I love cycling, I love being outdoors and seeing new things, and having Dan there to push me along at the same time was fun.

We worked hard on my fitness to get a real boost coming into the next part of the schedule. All the tests we’ve run since we came back from holiday have been very positive, so it shows that our approach and dedication paid off. 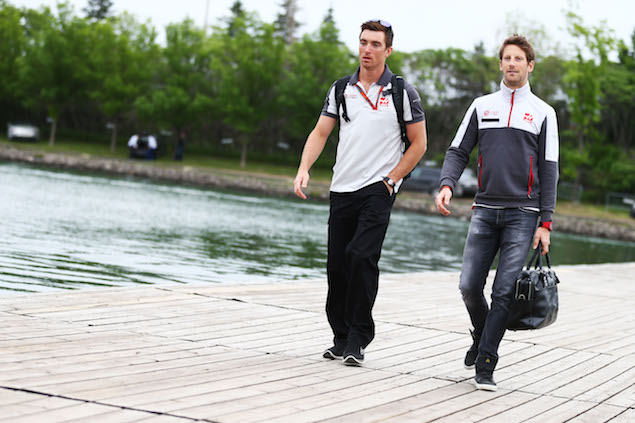 As I said, we have a long season. The calendar is what it is. I firmly believe the shutdown in August helps everyone to go away, switch off for a bit by shutting off their computers and phones, and spend time with their families. It also then helps prepare them mentality and physically for the second-half of the season.

I love racing, I love being at a race track, so I don’t mind a lot of races on the calendar, but I definitely think 21 is the upper-limit.

The break allows everyone to come back refreshed so I think it’s a positive thing to have. I actually prefer that, and the opportunity it presents, than to have a more spaced-out schedule of races.

I’m obviously in a very fortunate spot being a driver. We come in later in the morning to the track and usually leave first in the evenings.

I’m lucky that I get to do the job that I love, I’m not sure I could work on the race team if I wasn’t the driver

For the people on the team, it’s naturally a lot harder, especially with the mechanics having such a physical role on race weekends. They’re always flat out getting the car ready, prepping the car between sessions and so on.

The engineers work long hours too, spending their days working late into the evening pouring over data, trying to find the best set-up for the car or troubleshooting any issues that have come up.

As a driver, I’m lucky that I get to do the job that I love, I’m not sure I could work on the race team if I wasn’t the driver, it’s tough but we have some dedicated people at Haas F1 Team.

From my side, I just have to concentrate on driving the car, do a bit of engineering with the team, and then keep myself physically fit to perform behind the wheel.

Bottom line, we all have job to do, and it’s important that everyone benefits from some time off to recharge their batteries. 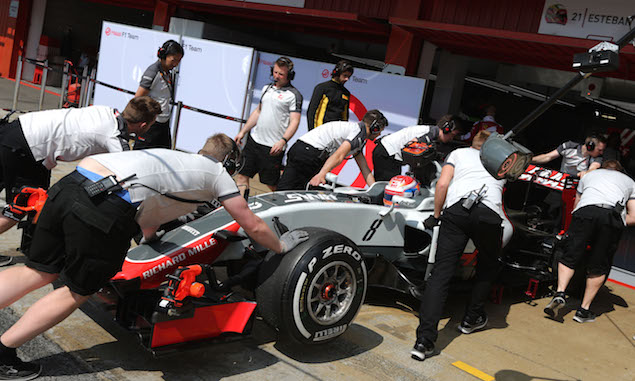 Now we’re at Spa. It’s an up and down track, and that perfectly mirrors my career at the circuit.

I clinched the GP2 Series title hhere in 2011, and followed that up with a big crash here the following year in Formula 1. Then last season I celebrated a podium finish at Spa, a result which nobody expected. So it’s safe to say that Spa is very up and down for me.

I love the track, it’s the longest on the calendar with some amazing corners. For me, it’s almost a home race, with everyone speaking French, and Spa being located so close to the border. I can’t wait to get racing this weekend.

Looking ahead, I’m hopeful that we’ll still have some big opportunities to score points in the second-half of the season.

I feel we could have done better in the last couple of races before shutdown, we didn’t always get everything correct. Hopefully now we can put everything in place and get a platform to achieve better results consistently.

Personally, I’m more motivated than ever. I want to be able to take every opportunity that comes our way and deliver for the team.