With teams and drivers already headed to Monza, F1i’s Nicolas Carpentiers glances back at the technical concepts and novelties spotted at last weekend’s Belgian Grand Prix. 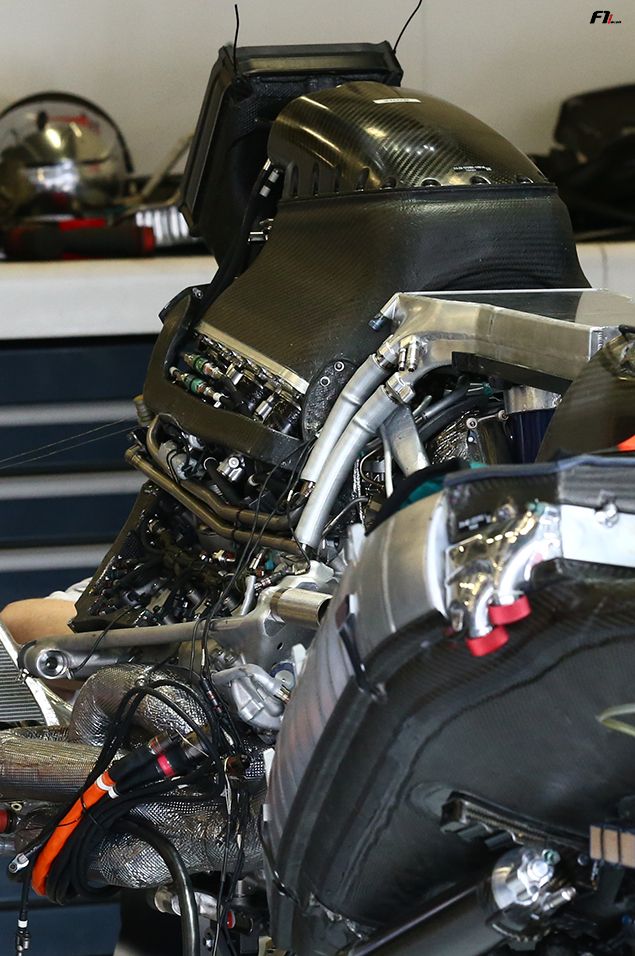 NO TURBULENT JET IGNITION YET FOR HONDA

With Formula One cars spending around 65% of a lap around Circuit de Spa-Francorchamps at full throttle, Honda upgraded its power unit in two areas ahead of the Belgian Grand Prix. The Japanese manufacturer spent seven engine development tokens on both its internal combustion engine (ICE) and turbocharger.

Like Renault, Honda has focussed its efforts on its ICE, which still trails the likes of Mercedes and Ferrari in terms of horsepower while using more fuel. Improving lean burn combustion, in a manner similar to Ferrari’s Turbo Jet Ignition (TJI), could address this weakness but the upgrade unleashed in Spa did not seem to feature the concept.

Honda, which pioneered a system of pre-chamber in the 1970s under the name of ‘Compound Vortex Controlled Combustion’ (CVCC), is considering the TJI option but has yet to integrate it, as Yusuke Hasegawa told F1i’s Chris Medland.

“As an engine company, we are always looking into new technology so this is an area we have studied,” Honda’s head of F1 project said. “Jet Ignition is one of them. It may be one option for the future, but we have not decided yet.”